The curious case of Beauden Barrett

Every country in the world envies this man. They envy New Zealand’s depth. We lose one great flyhalf in Dan Carter, then enters in Beau Barrett.

He’s currently a two-time IRB Player of the Year recipient. He’s the best player on the planet. He’s the whole package. So why this article? Let me dive in…

If you haven’t noticed as of yet, yes, I am an All Blacks fan. This may confuse you as to why I have titled it the ‘curious’ case, when referring to the crazy talent of Beauden Barrett.

For myself, as good as he is, there’s a few things I really can’t get my head around.

1. What position does he actually play given his skill set? Is he really a 10? The way he plays he seems to be a hybrid of all positions, which I think can be a blessing and a curse for him.

2. Is he more beneficial for teams, or more of a burden?

Let’s break it down.

What are Barrett’s strengths?

His speed. His toughness. His running game. If you were to read that not knowing his position, you would assume he’d be an outside back – but yet he somewhat plays like one.

The confusing thing with Beauden is his style of play.

He doesn’t play like your traditional flyhalf. He isn’t a very good playmaker of sorts. He relies heavily on his running game, which includes his wing-like pace, his centre-like strength and his fullback-like vision.

All of this wrapped into one, is the phenomenal talent that is, Beauden Barrett.

Fortunately for him also, he’s also very reliable on defence and is never afraid of contact. He is probably the toughest flyhalf in world rugby at the moment, given how much contact he consumes during 80 minutes. 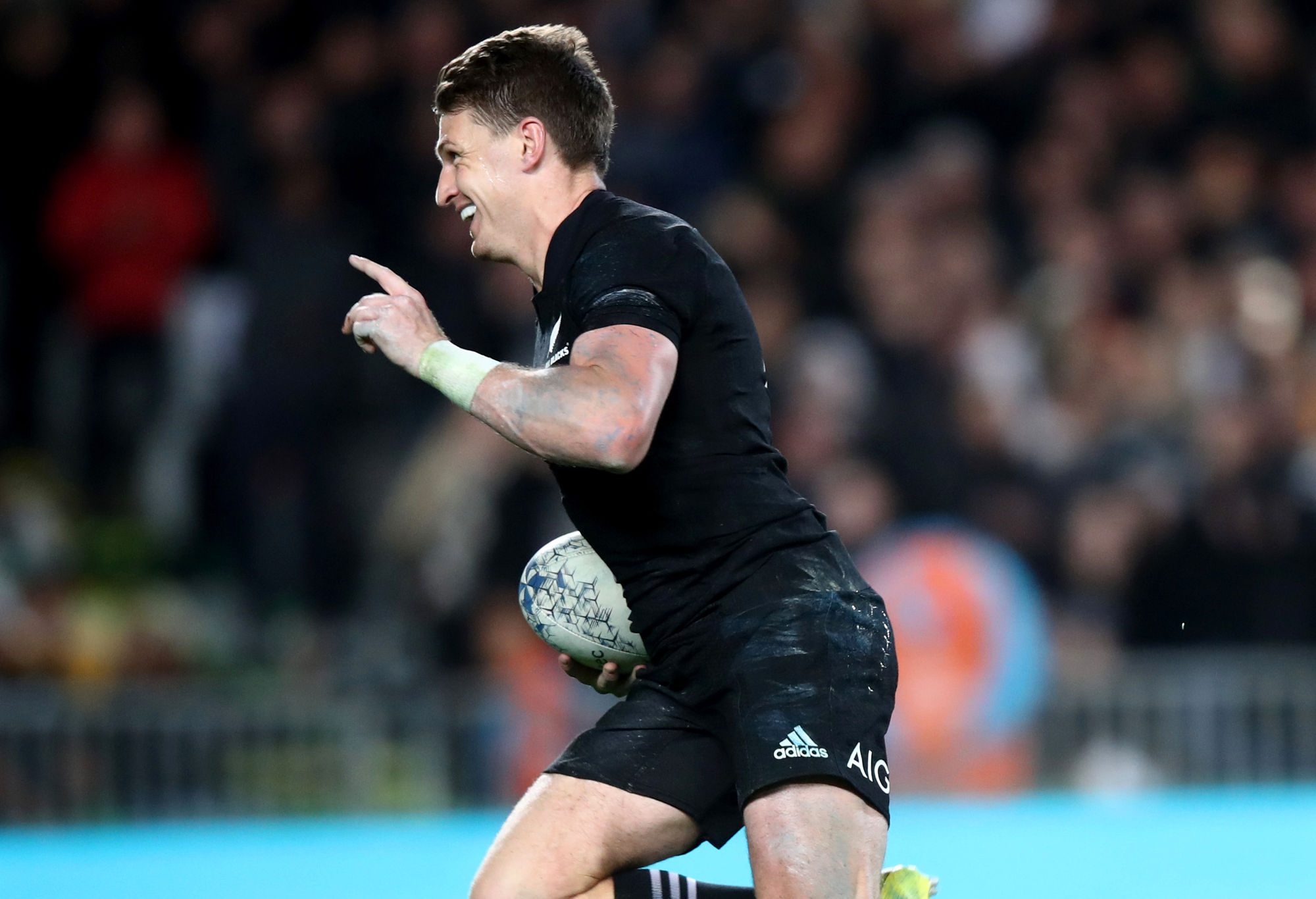 Beauden Barrett was a key figure as the All Blacks retained the Bledisloe Cup… Again! (Photo by Phil Walter/Getty Images)

All these positives said, why are there any negatives?

It’s not a negative. More a question. How can someone, so talented, be somewhat of a burden at any stage of the game?

For example, Sonny Bill Williams, one of the most destructive centres in World Rugby today – every Test he has played outside Barrett, he never flourishes.

Why? Because of his particular skill set, I just don’t think matches with Barrett’s. Barrett requires speed and quick thinking, if you’re to succeed outside of him. Unfortunately for Williams, he doesn’t have that, but fortunately for Barrett, Ben Smith has that in truck loads.

The two of them as a pair, play uniquely similar, hence they are a deadly combination when on the field. The centre pairing will usually enjoy a quiet night if those two are on song, because of the pace and style in which they play at.

Barrett’s strength is definitely not his tactical kicking, nor his goal kicking. His kicking can be somewhat erratic and may be the wrong move, but given his speed and running ability, all of that tends to outweigh any negatives.

I’ve always had a thought, to enhance Sonny and his centre partner whoever it may be, would it be best for the All Blacks, to utilise Richie Mo’unga at 10, Beauden to fullback (a role he plays somewhat already, initiates that second playmaker role) and move Smith to the right wing (no real stand out 14s currently anyway)?

Thus having Mo’unga as controlled as he is, have the job to utilise the centre pairings skill set, and then allowing Barrett/Ioane/Smith to take advantage of tired defenders?

In no way is this a whinge or complaint for Barrett. He continues to win, no matter how he plays. Why change?

In no way is he your standard flyhalf, but is it purely the case of maybe other 10’s need to adapt to what he is doing? 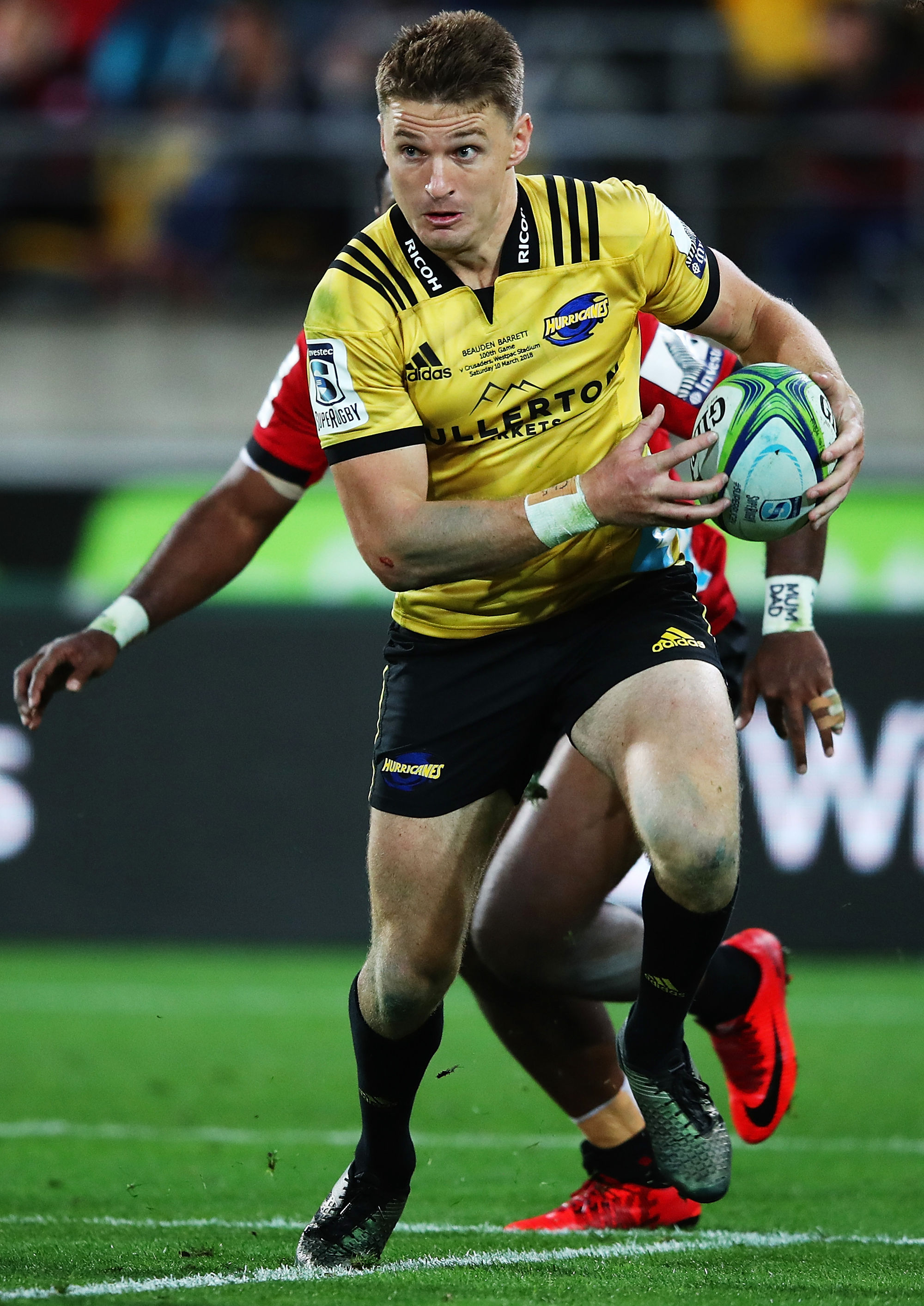 Beauden Barrett of the Hurricanes (Photo by Hannah Peters/Getty Images)

Either way, All Black fans aren’t complaining (only unless he’s kicking goals – definitely not a strong suit of his). They continue to win with him at the helm, and rightfully so he’s reaped the benefits of his hard play.

BUT. Down the line, when teams shut down his running game and he’s forced to rely on his playmaking abilities, will they shine, or will they fail under pressure?

Barrett is on his way to take the try scoring record for the All Blacks in their entire rich history. A flyhalf? Top try scorer? Not heard of.

But this man is making it possible.

If we are basing on pure talent alone, and not numbing him down to a ‘position’ battle, there are few players in history, who can hold a torch to Barrett.

Let the curious case roll on.