Time for Victory to get serious about Asia

Melbourne Victory’s Japanese superstar Keisuke Honda experienced the highs and lows of football this week as he was on each side of a 4-1 scoreline.

Just over 24 hours after turning in another masterful display for Melbourne Victory in their 4-1 demolition of Central Coast Mariners at AAMI Park on Sunday evening, Honda suited up on the sidelines of the Mandalarthiri Stadium in central Myanmar on Monday night as Cambodia – the national team he manages in a bizarre dual role – were smashed 4-1 by a rampant Myanmar in their second match at this year’s AFF Suzuki Cup.

The sight of Honda, dapperly dressed on the sidelines barking instructions to his team, is one that still leads to plenty of head scratching. Certainly we’ve never seen a situation like it before, but then again Honda is not afraid to break new ground and do things a little differently.

Perhaps there’s still plenty of head scratching going on at Melbourne Victory HQ about the situation too, how else do you explain the absolute silence from them when it comes to anything Cambodia-related from their new star signing?

Victory are like most A-League clubs in that they talk a big game when it comes to Asia, but it’s so often not backed up with any action. Remember the fuss that was made over the ‘Victory in Asia’ business group that was going to leverage business opportunities in Asia?

Or what about the lack of Japanese content on their social media channels? I count just two tweets this season in Japanese, both promoting the live YouTube stream of matches. Surely the club could’ve engaged a savvy bi-lingual local to create a dedicated Japanese-language Melbourne Victory social media presence to really engage with the Japanese audience. 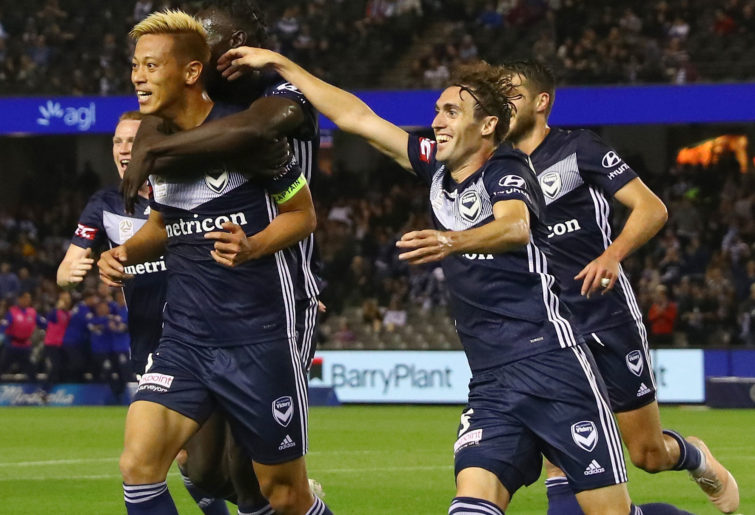 Sadly it seems that is an opportunity that will go begging, just like the chance to develop stronger links in Southeast Asia on the back of Honda’s association with Cambodia.

The AFF Suzuki Cup is one of Asia’s biggest tournaments. It’s watched by millions of fans across the region, and for many in Southeast Asia this is their World Cup. You just have to look at the packed stadiums at the first few matches to realise how much this tournament means. Cambodia had close to 35,000 for their opener against Malaysia last week.

And yet, from Melbourne Victory there has been silence. Not a single update about how Cambodia is progressing (spoiler alert – not well!) If he were playing during the international break for Japan you can rest assured there would be updates. So why not when he is managing a national team in a major international tournament?

Admittedly, they’re not helped by the fact the live stream on YouTube is geoblocked in Australia, but why not try and rally some support for Cambodia, encourage fans to adopt Cambodia as their team and track their progress throughout the tournament? Have some fun with it and engage with a tournament that is so popular across the region.

But aside from that, Honda gives Melbourne Victory a foot in the door in a football mad region. As bizarre as the dual role may be, why not use it as an opportunity to grow the club’s “brand” in the football mad country?

Use Honda’s role to open doors for business opportunities, establish a mutual partnership with the Football Federation of Cambodia or a local club, do a pre-season tour, run clinics for local children, explore what potential sponsorship opportunities might be available, especially with the ACL on the horizon.

Tourism boards are keen to promote themselves through football (any Arsenal fans considering a trip to Rwanda by any chance?!), perhaps that is an avenue to explore. 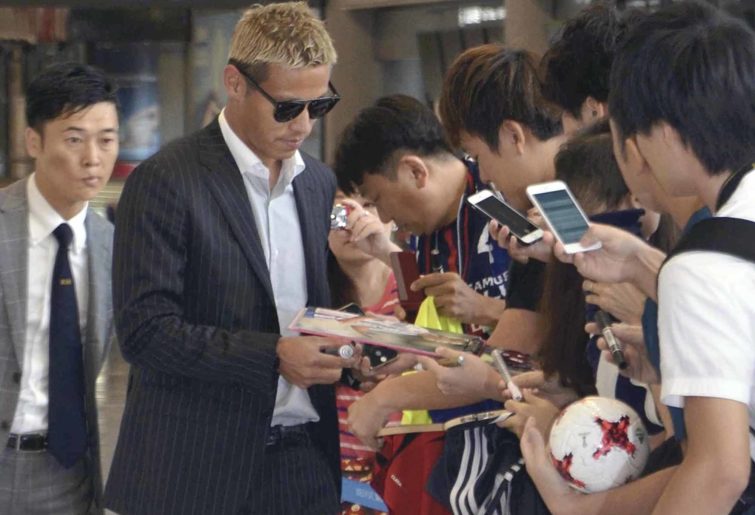 The A-League should do more to capitalise on Keisuke Honda’s popularity. ( The Yomiuri Shimbun via AP Images )

And with their league season finished, why not invite one of their players to come and train at the club for a few weeks, who knows you may unearth a gem that wasn’t previously on your radar?

Someone like Chan Vathanaka, the wunderkid (if you can call him that anyway at 24 years of age) of Cambodian football, or perhaps someone younger that you can look to develop over time. There is an abundance of talent in Southeast Asia, and in Honda they now have a perfect scout who can help identify those players.

There are a plethora of ideas that could be explored, and maybe they are behind closed doors, but given the silence we’re getting in public, sadly I doubt that is the case.

Don’t let this be another wasted opportunity.

Football clubs tend to go through different cycles throughout their existence, one thing is for certain though with the big clubs – the more money you have the likelihood of remaining successful is very high.