After an opening day where most of the 28 competing teams were dropping birdies for fun, a combination of a format switch to foursomes, and Melbourne’s inhospitable weather, turned the Metropolitan golf course on its head yesterday.

Only four teams finished under par on the day, testament to the squally showers and wind gusts that made club selection a lottery, and plugged lies in sodden bunkers the norm.

If players enjoyed the trade-off of hitting into greens more receptive than they could have dreamed of when they signed on for a visit to Melbourne’s sandbelt, their patience and powers of concentration were sorely tested. A cumulative score of 119 over par, across all 28 teams, says everything that needs to be said.

Well, perhaps almost everything. A quiet word of encouragement to New Zealand’s Ryan Fox as he walked up the 14th hole, was met with “geez mate, it’s bloody brutal”. Perhaps Belgian Thomas Peters said it best however, when asked post-round to describe the conditions. “It was really fricking tough out there”, was his reply.

A delighted Anirban Lahiri, joined the chorus too, after India’s solid, even par 72; “I think it’s one of the toughest rounds of golf I’ve played in my life”, he mused. Imagine if he had to hit every shot, not just half of them!

Team USA, Matt Kuchar and Kyle Stanley, were one high-profile combination to suffer, rocketing down the leaderboard to a share of 21st place, after a lead-footen 79.

And defending champion Denmark’s title defence is in trouble – a shaky 77 has them lying 12th equal, at 4-under.

Venezuela, featuring impressive US PGA Tour player Jhonattan Vegas, set the tone for their day with a triple-bogey seven on the first hole, things not improving much from there.

Interestingly, Vegas’ playing partner, Joseph Naffah, world-ranked north of 2,000, enjoyed the support of his parents in the gallery following, his mother sinking to her knees in prayer – never mind the wet ground – every time Naffah putted.

Perhaps she needs to work on her game – the Venezuelans signed for a 10–over 82, and sit in 24th position at the halfway point.

Elsewhere, double bogies abounded – each one with added bite, with players playing alternate shots with the one ball, not individually responsible for the poor positions they found themselves playing from.

With foursomes typically a more defensive format than yesterday’s four-ball, the strategy du jour was to attack the par fives and to try to limit the damage elsewhere. The two favourites, Australia and England attempted just that, their rounds looking to unravel at times, before some late scrambling left them bruised, but still in contention for the weekend.

Tied for the lead at 10-under is Belgium and Korea, with another four teams, India, England, Italy and the surprise package, Malaysia, two shots off the pace at 8-under.

In-form Abraham Ancer led Mexico to the day’s best round, two under 70, and they sit alone in 7th place, on 7-under. 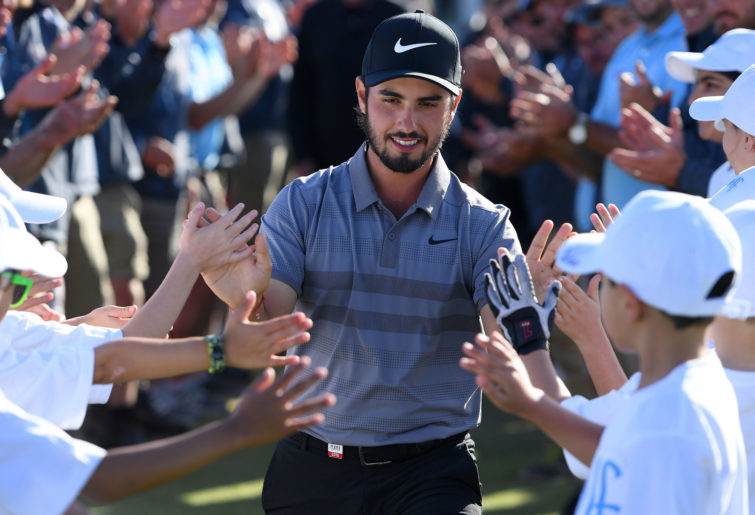 Mark Leishman and Cameron Smith were disappointed that their combination didn’t quite gel, but at 6-under, with a return to four-ball today, the host nation is only four shots off the pace and remains well in contention.

Metropolitan took a month’s worth of water on Thursday night and right through Friday’s second round. That the course remained so playable is yet another feather in the cap that is Melbourne’s sandbelt – player after player amazed how play was completed without any hint of delay.

With the weather predicted to take a turn for the better over the weekend, galleries (disappointing so far) are expected to swell, scoring will surely improve, and the scene will be set for a sparkling finish.

But almost certainly, whoever wins this World Cup will be able to look back to day two and feel like they did it the hard way.