In what he claims will be his farewell from the boxing ring, polarizing boxing star Anthony Mundine plans to end his storied career on a high note.

The 43-year-old rugby-league-player-turned-boxer has been in rare form in the lead up to his championship bout against fellow Australian Jeff Horn.

The war of words has been a cakewalk victory for Mundine but at this stage in his career, the jury is still out on whether or not his in-ring skills can still match his mouth.

‘Choc’ has lost three of his last five bouts, and with every punch he has thrown over the past few years it has become increasingly more obvious that his prime years are in the rearview mirror.

That being said, the ‘River City Rumble’ is a stroke of genius by Mundine, who had been campaigning for this pay-per-view fight against ‘The Hornet’ for almost two years.

From a business standpoint, the all-Australian showdown could prove to be his most lucrative fight of his career.

Over 28,000 tickets have been sold and, if you’re one to believe a single word that comes out of a promoter’s mouth, it could be Australia’s most purchased pay-per-view fight too.

Duco Events’ Dean Lonergan told Fox Sports this week that the number of pubs that have purchased the fight is “getting towards potentially an all-time record,” and have already surpassed the early numbers for Horn’s 2017 blockbuster fight against boxing’s only ever eight-division world champion Manny Pacquiao.

Lobbying to fight Australia’s next poster boy for boxing made a lot of sense for Mundine, but if the pundits are to be believed, he will earn every cent he pockets on Friday night the hard way. 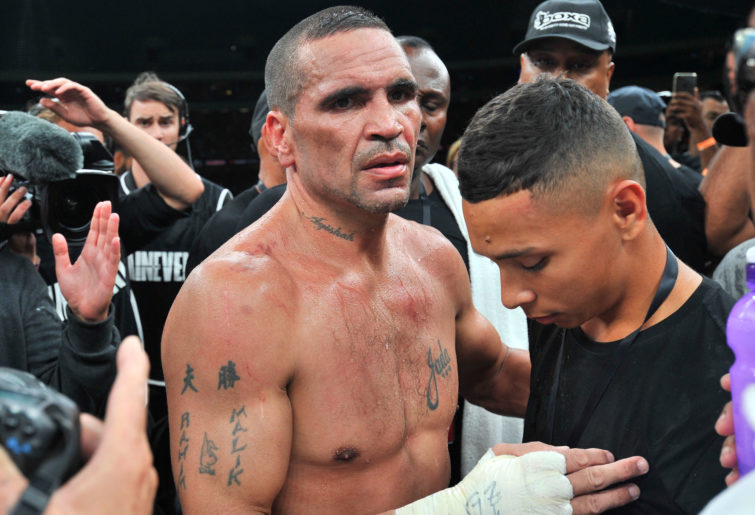 With the bookies serving the controversial puncher up as a five-to-one underdog, it’s apparent that this is a no-lose situation for Mundine and a can’t lose fight for Horn.

The 30-year-old former school teacher has become a household name to local boxing heads but on the international scene, he is still fighting for respect.

Before 2017, the Glenn Rushton student was a complete unknown, with most boxing fans typing “who the hell is Jeff Horn?” into their Google machine once he was announced as Pacquiao’s next opponent.

To his credit, Horn exceeded all expectations that afternoon in Brisbane, proving to be more than just a punching bag with a funny accent but the reality is, few outside of his immediate friends and family actually believe he won that fight.

The only other time Horn has been spotlighted on the world stage was when he was thoroughly outclassed by Terence ‘Bud Crawford’ to lose the WBO welterweight crown.

The fight was so lopsided that former trainer turned ESPN analyst Teddy Atlas described the bout as “a Volkswagen against a Ferrari, and the guy driving the Volkswagen was a bad driver.”

The Crawford bout was Horn’s first ever fight under the bright lights of Las Vegas and his journey towards getting another crack at the US market has to begin with a win over Mundine – and a decision win won’t be enough.

Fighting a past-his-prime former rugby player, Horn needs to be the aggressor from the opening bell and put ‘The Man’ to sleep within 12 rounds.

The Queensland-based boxer found success in the Pacquiao bout with a rough-and-tumble approach, wading forward and landing big punches.

It wasn’t pretty, but it was effective. I would expect him to employ a similar strategy against Mundine, holding his older and slower opponent’s feet to the flames all night.

Horn is by no means an elite technician in the ring, but his speed, movement, and reflexes should mean he beats the bigger fighter to the punch more often than not. 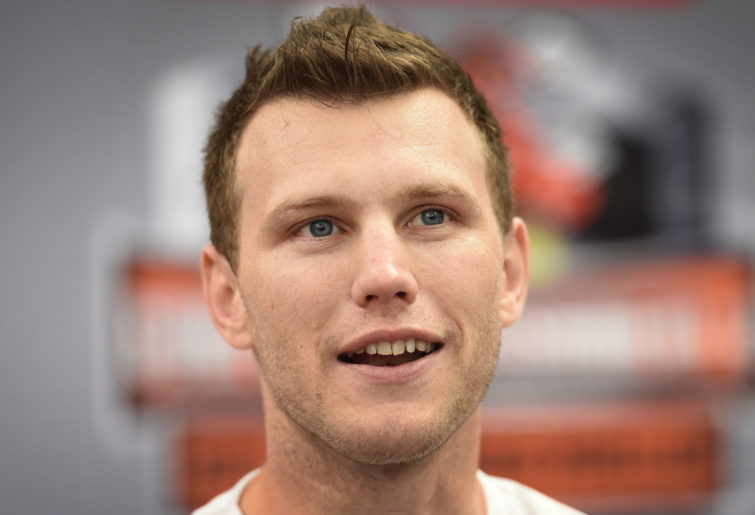 In the sport of boxing, a passing of the torch moment is an often talked about but rarely seen spectacle.

In Mundine’s so-called retirement fight, this may be the closest we get to witnessing one in our lifetimes.

For well over a decade, the former two-weight champion has been the centerpiece of Australian boxing but the time seems right for the next generation to take the baton – even if Horn has to pry it from his hands after the fight.

Horn via seventh round TKO.