Respected journalist Robert Craddock lamented that the opening day of the fourth Test between India and Australia was one where “Australia lost their aura.”

While that can be debated, what was certain was India finished the day on top with the Australian bowlers utterly deflated.

The visitors finished the day in a commanding position on 4/303 with Pujara batting on 130* as they look to win their first ever test series in Australian soil.

Here were four key moments that defined the day’s play:

1. Win the toss and Kohli doesn’t lose a game
In Test cricket at least Virat Kohli has never yet lost a Test match after winning a toss. It is a record that spans 21 matches and includes 18 wins. In 2018, India’s away wins in Nottingham and Melbourne were on the back on Kohli calling correctly. India drew first blood and it was ominous signs for Australia. 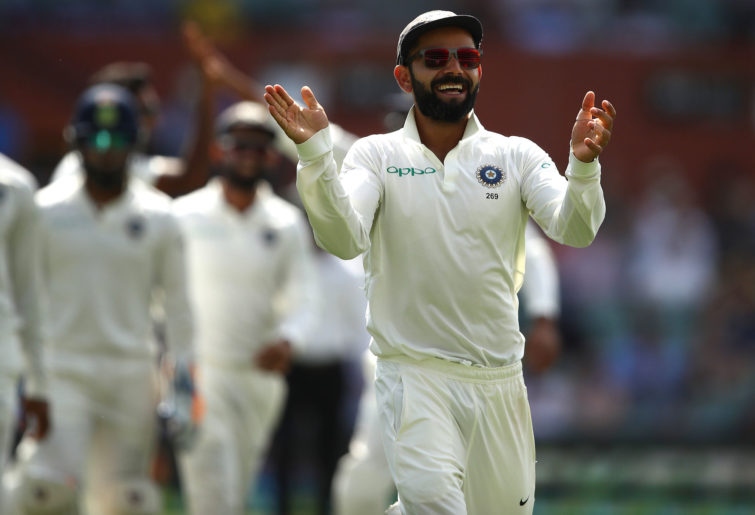 2. Tale of two openers: One fails and the other flourishes
KL Rahul is going through a torrid time even as his good friend and Karnataka team-mate Mayank Agarwal is amongst the runs. Rahul’s technique is being exposed and his mind is wavering.

It was in Sydney in 2015 that Rahul scored his maiden Test century. Any hopes of reliving those memories were short-lived as he was dismissed edging for nine off the bowling of Hazlewood.

Since the start of 2018 across 23 innings, almost 70 per cent of Rahul’s innings have yielded less than 20 runs. Over this period he has managed only two scores above 50; one of them being against Afghanistan.

In his last ten completed innings, six have been single digit scores.

Numbers unfortunately don’t lie and teams can ill-afford an opener out of touch. Minutes after being dismissed, Rahul went straight to the nets and received throw downs from Raghu. There is no denying the work ethic and he may yet have one more innings on tour to showcase his talent.

Every cricketer goes through these phases and Rahul can take inspiration from his skipper.

Kohli famously had a wretched tour of England in 2014 when he averaged 13.50 across 10 innings. But he came back stronger and in 2018 turned it around in remarkable fashion topping the run charts in challenging conditions scoring 593 runs.

Mayank Aggarwal, the other Indian opener, meanwhile looked assured and positive at the crease. The secret? Apparently plenty of eggs for breakfast every single day!

The confidence from a successful debut on Boxing Day showed as he brought up his second half century in only his third innings.

His penchant for spin was again evident as he hit Lyon for multiple sixes down the ground. However it was Lyon that had the last laugh dismissing Aggarwal on the long-on boundary for 77 when a century was there for the taking.

3. Second spinner? Australia falls short on selection again
Australia’s team selection and strategy appears to be in a state of confusion of late.

Peter Handscomb, criticised for his technique in Test cricket, finds himself back in the XI after sitting out the Boxing Day Test. Aaron Finch and Mitchell Marsh were rightly axed, but Marnus Labuschagne’s inclusion raised more eyebrows than answers.

Was he in as a number three batsman or as the team’s second spinner? It appears more the former as Labuschagne was hit for 12 runs off his opening over and finished the day only bowling four relatively wayward overs.

Matthew Wade has been in commanding form with the bat averaging 63.44 in Shield Cricket but is not considered for selection. Marcus Stoinis too presents a case to the selectors if Australia are looking ahead to the Ashes, and certainly on current form a better prospect than Mitch Marsh.

Glenn Maxwell meanwhile might have been a more aggressive option in this Test match with conditions more suited to his style of play and could have offered several overs of spin.

Fawad Ahmed would have been the x-factor if Australia wanted to play two spinners. His limited overs form has been commendable of late and in terms of spin bowling experience after Lyon, with 62 first class matches and 205 wickets, he is right up there. 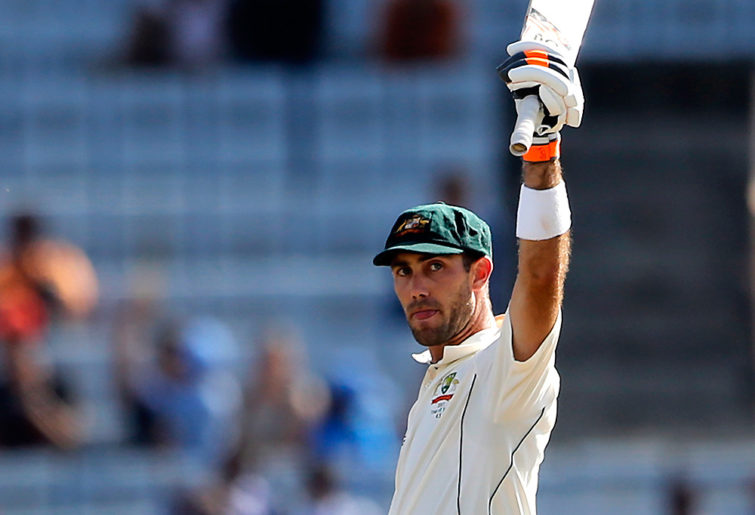 Glenn Maxwell celebrates a century. Was it his last in the baggy green? (AP Photo/Aijaz Rahi)

4. The monk that bats and bats and bats
In an era of flamboyance, aggression and the glitz and glamour associated with T20 cricket – Cheteshwar Pujara is a throw-back to cricket how it used to be played. He doesn’t have an IPL contract and only plays Test cricket for India.

After finishing the day with 130*, it is safe to say the opening day of the fourth Test belonged to Pujara. He’s India’s version of a batting monk that knows only to keep batting and batting for extended periods.

The man has been out in the middle for over 28 hours this series and has faced 1135 deliveries – the most by any player. Australia’s bowlers are left with no answers.

He started this innings in his usual circumspect way grinding out the opposition. Patience is a virtue for Pujara and he stuck it out no matter what the Australian bowlers threw at him.

More than half of all deliveries he faced were good length, yet his overall control at the crease was 90 per cent. He averages less than a run an over to balls pitched in good length but leverages his strength to great effect.

Against spin, Pujara is a machine. Since his debut in 2010 only four other players have scored more test runs against spin.

Against Lyon, he frequently uses his feet – more so than anyone else in this Indian XI. Today 10 out of his 16 boundaries were against the spin of Lyon and Labuschagne and he scored over 70 per cent of his runs on the leg side.

Pujara is still at the crease having consumed 250 deliveries on the opening day. He already has 458 runs in this series. The longer he bats, the closer India will be to finishing up with a mammoth first innings total.