Sydney FC were flying high before the Brisbane game, having won their last five games at home, and looked like they would control the Brisbane game too, until the 77th minute when Tobias Mikkelsen equalised. It may have been against the run of play, but there’s no doubt that it rattled Sydney FC.

Suddenly, after going from having tons of chances and being up 1-0 with under fifteen minutes to go, they were now fighting for a draw. A big coincidence is that that’s been what’s been happening to the Central Coast Mariners for quite a few games now. For example, against Melbourne Victory, when they were 2-1 up with under half an hour to go, and then an own goal from goalkeeper Ben Kennedy, which meant that they were now fighting for a draw.

Kosta Barbarouses then finished up the game for Victory, which yet again left the Mariners distraught. Two teams with similar results in the last two weeks, yet Sydney will be going into this game as big favourites.

Sydney FC predicted line-up
After a game that might have lacked some finishing ability from Sydney, they will be welcoming back a fully fit Alex Brosque and a fully fit Luke Ivanovic. Adam Le Fondre is a pretty much guaranteed starter, whereas It will be a tough decision for Steve Corica to see who plays alongside him.

Reza had a decent game, but after Brosque’s hat-trick against the Mariners last time round I can see Corica giving him the nod. Then comes the fight to see who gets on the bench. It is possible for Corica to put them both on the bench, but that would mean he would have a very attacking bench, and it would mean that Cameron Devlin or Paulo Retre would be dropped. Pf Cause, it is possible that Ivanovic could play RAM, but it is unlikely.

Unfortunately for Corica, Daniel De Silva is out due to the loan agreement after having a stellar game against Brisbane, despite his team’s loss. Job Van Der Linden is looking to make his way back into the team, but Ben Warland’s strong performances have meant that until the Asian Champions League starts, he has cemented his place in the back line.

Central Coast Mariners predicted line-up
Central Coast Mariners will be welcoming back key players Jacob Melling, Matt Simon and Mario Shabow. Jacob Melling will be looking to shut down the likes of Milos Ninkovic and Paulo Retre, but that won’t be an easy feat. Jem Karacan will most likely be his defensive-midfield partner, but at the moment it’s hard to predict how Mike Mulvey will be lining up his team, as he has been making dramatic changes pretty much every week.

Mario Shabow will most likely be starting from the bench, whereas I wouldn’t be surprised to see Matt Simon come straight back into the starting line-up for the Mariners, as it was obvious to see that he was being missed in the game against the Wanderers. Matt Millar will look to continue his form on the wing, and there is no doubt that Michael Zullo will be studying how to stay with him.

Unfortunately for the Mariners, Kye Rowles is out with suspension, so it will be interesting to see who replaces him. 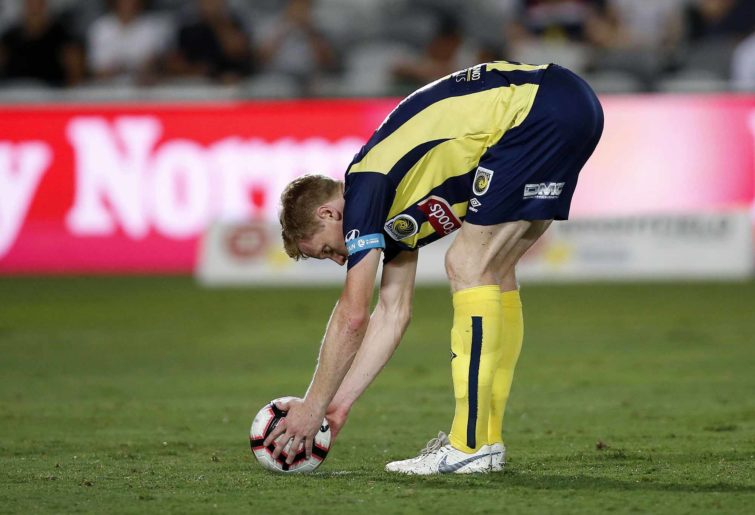 Predicted match result
I believe that if Sydney FC can control the midfield, then they will go on and win this game. The likes of Milos Ninkovic, Adam Le Fondre and Alex Brosque can control the front third, and if Michael Zullo and Rhyan Grant keep up those trademark over-lapping runs, then it will be Sydney’s game to lose.