The NRL’s meek canvassing of relocation is now a yearly pastime for the game, much like the latest Bears bid, Titans overhaul or unpaid TPA.

The topic resurfaced on the rugby league agenda again this week, with administrators strategically floating a proposal mainly because it was a quiet Tuesday.

Seeing the debate reignite had all the feel of the Titans dying again, or the barren pleas to exhume the Bears from those resilient red-and-black diehards desperate for the trademark nostalgia of the Moreton Bay fig and failing in the semi-finals.

Take it as read: the NRL’s desire to uproot a club is the same as Bears fans not wanting to be passed around reserve grade like a joint, or Titans officials who hope a millennial marketer can turn them solvent with a tweak of colours.

Nevertheless, this didn’t stop the relocation debate sparking up with all its hallmark ephemeral qualities, such as speculated timelines, scant guidelines and tacit agreement it should be Cronulla.

Hot takes flew like fists as leaks of reintroducing NRL inauguration-style criteria set forums alight, a concept of culling clubs widely panned in 1999 despite resulting in the demise of Souths.

Initially, the Sea Eagles were unanimously rated by the public as the most attractive option for relocation under the modern benchmark, which is to cut whoever is concurrently paying the most coaches. 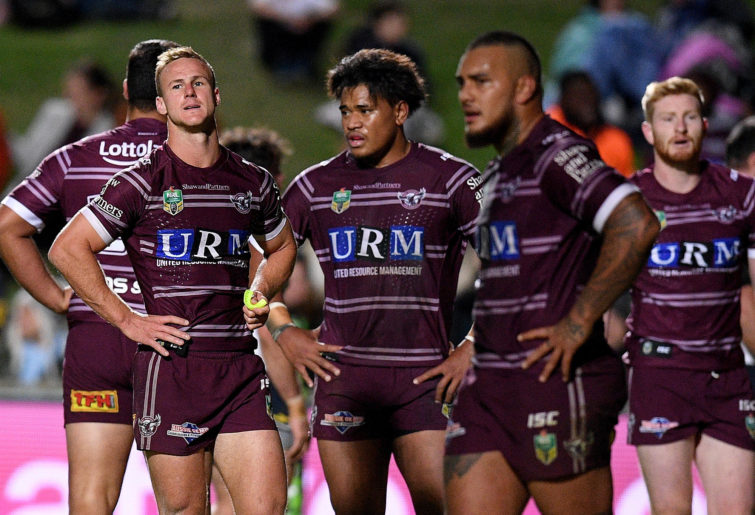 Strengthening the Perth Sea Eagles’ case was the club’s imminent homelessness, with a groundswell believing it was high time Brookvale Oval stood up for itself and said Manly isn’t up to its standards.

The Maroon and White faithful took this news in predictable fashion, threatening to boycott finals games in Sydney the next time they qualify in the the year 3000.

They then backed this with counter-claims that the most appropriate option to cull were the Sharks, suggesting the $8 million carrot for relocation offered by the NRL could be used wisely by the club outside their cap.

But in the end, consensus was again reached for the 27th consecutive summit, with fans agreeing they wanted a club to move as long as it wasn’t theirs.

This was echoed by the calculating suits at NRL front office, who agreed rusted-on supporters are of extreme importance to the game’s health, until there’s a guaranteed opportunity to tap in to the mining boom.

Once again, we are back to where we started: agreeing that relocation is an appropriate strategy for whenever the NRL is ready to disenfranchise two areas of supporters with a hybrid brand that would make a rat spew.

Following another immaterial discussion about expansion, it is time to ratify the annual event of talking about changing the NRL and doing nothing about it.

At the very least, the debate should be sanctioned by Todd Greenberg alongside other fan-friendly concepts such as Origin, the Grand Final and the quarterly deactivation/reactivation of Phil Gould’s Twitter account.

Just shoehorn the debate in to the rugby league calendar on a standalone Tuesday – preferably at the cost of the international game – provided it doesn’t impinge on the sacred perpetual referees crisis.

So hopefully there’s some time free prior to 1908.

Having a set time to pretend relocation will actually happen can also prevent the topic clumsily popping up in discussion, for example, late and inappropriately like this article.

That way we can reach some much needed closure on this issue, every year in perpetuity.