All Tiger Woods has to say is, “I feel I can win” and the American media, plus the Tiger faithful, fall over each other in support.

That’s not right either.

Woods will tee off in the first two rounds with Jon Rahm and Haotong Li, with half the 87-strong field capable of stitching up the former world number one, now ranked 12. 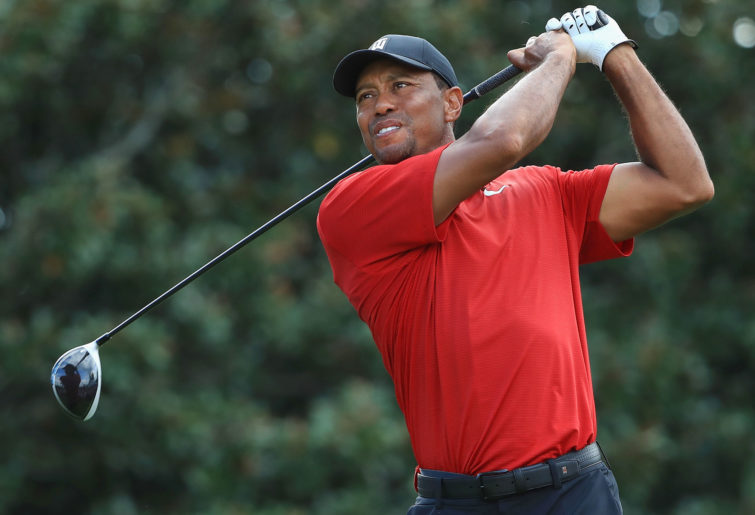 Tiger Woods isn’t going to be at the supposed World Cup of Golf. (Photo by Sam Greenwood/Getty Images)

Day has been drawn in a marquee group with Dustin Johnson and DeChambeau, Leishman has Charley Hoffman and Louis Oosthuizen, Smith has drawn well with McIlroy and Fowler while Scott has Hideki Matsuyama and Kyle Stanley.

But Augusta hasn’t looked too kindly on Aussies with Scott the only champion in 82 tournaments, beating Angel Cabrera in the 2013 playoff.

Scott also finished second with Day to South African Charl Schwartzel in 2011, while Bruce Crampton was runner up to Nicklaus in 1972, likewise Jack Newton to Seve Ballesteros in 1980.

Greg Norman holds the unwanted record of three times second in 1986 to Nicklaus, 1987 to Larry Mize in a playoff when the American sunk a 140-foot miracle chip from off the green and the infamous 1996 meltdown.

Norman led playing partner Nick Faldo by six shots going into the final round – Faldo shot 67, Norman 78 to win by five, yet Norman still finished second, a shot ahead of Phil Mickelson.

So who will win this 83rd edition?

Both McIlroy and Spieth need the green jacket to join the five who have won all four majors in their careers – Gene Sarazen, Ben Hogan, Player, Nicklaus and Woods.

McIlroy is the form golfer with the bookies at $7, Dustin Johnson is at $10 and Rose at $12, with Tigermania driving Woods at $14.

The smokey is Molinari at $20.

Enjoy, it’s the best major on the best course, with Fox and Nine covering live.