What now for the Lakers?

This season has not been a good one for the Lakers, and in the last few days it has gone even further downhill with Magic Johnson stepping down and Luke Walton being fired and going to the Kings (why was Dave Joerger fired?).

These departures do not paint the Lakers in a good light and with free agency just around the corner, the Lakers have to act quickly or they risk falling further down the Western standings.

These departures might be a good thing moving forward with Magic (according to reports) being bad at his job and Walton seemingly not being respected by his players and maybe struggling with his Xs and Os. But the Lakers are coming up to perhaps the most critical summer in their recent history and they now have no coach or president of basketball operations.

With LeBron under contract and beginning to show signs of wear, the Lakers have to act quickly and surround him with talent if they want to get what they can from his fading prime. But at the moment why would any free agent go there?

They have no idea who the coach might be, or who is making the calls. Doc Rivers has just said he’s happy where he is and no other high-profile names are really on the market. Does Tyronn Lue attract a big name?

The four big names this offseason would be Kyrie Irving, Kawhi Leonard, Kevin Durant and Klay Thompson at the moment I can’t see any of them going to the Lakers. I have no idea what Durant is going to do but the Lakers seem very long odds; as for Klay I expect the Warriors to pay especially if Durant leaves. Kawhi, from all reports, has it down to the Clippers and Raptors and Irving just two years or so ago requested a trade to get away from LeBron though he has since backtracked a bit, but the Knicks sound more likely. 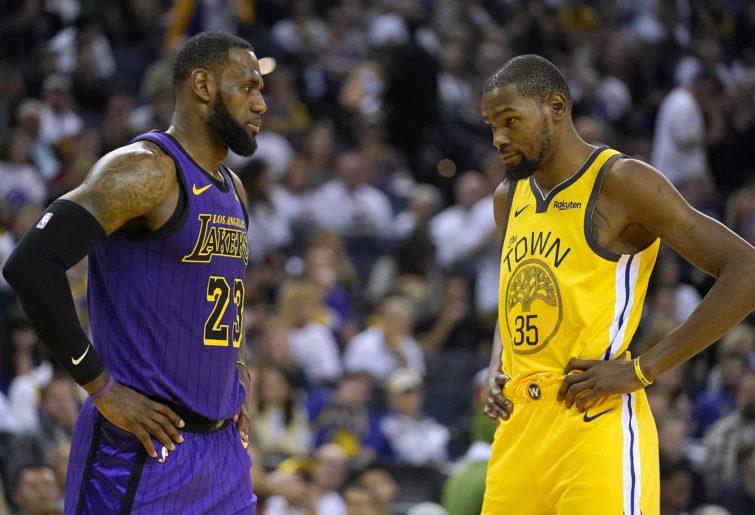 If this is the case what do the Lakers do? If the Celtics lose Irving I can’t see them making a trade for Davis, so maybe the Lakers become the favourites but perhaps another team jumps up, especially if Kawhi stays in Toronto (Knicks big three of Durant, Irving and Davis anyone?).

If they are able to land Davis then all these problems dissipate slightly. But they still need a good mind to run basketball operations and not just give it to Kobe because he is a retired legend. Call Bob Meyers to see if he wants a new challenge, call Sam Presti and see if he wants to be in a bigger city, call R.C Buford and say the team is yours.

But they need to do a real search and not just let Rob Pelinka make decisions with another retired legend with no on the job knowledge.

This is where the real problem shows itself. Jeanie Buss is not good at running a basketball team. She has made a number of decisions and they haven’t worked and her quotes during the Davis saga just painted her in a poor light.

She has to make the right hire this summer and allow that hire to pick their coach because if they fail to win this offseason, they will have wasted LeBron James, a feat I would have thought to be impossible.