Melbourne will never be in thrall to rugby league, and that's marvellous

Greetings, Planet Rugby League, from the alien world of Melbourne, where the back page of The Age declares that “Daniher” is “on track for Anzac Day” and asks readers to consider whether “Buddy” is “untradeable”.

Whatever that means, it’s clear that it’s important to the fine denizens of this crackerjack city, and good luck to them.

Because Melbourne – known in the times of Ned Kelly as ‘Marvellous Melbourne’, and it holds true today – has it goin’ on.

There’s trams. There’s thimble-sized cups of coffee in laneways. There’s the gritty, ‘real’ coolness of dudes in scarves and cashmere long-jackets. You can buy that clobber, you can’t buy the cool.

It’s cool too to come to a city where rugby league is not the No. 1 game in town.

Because, friends, different is good.

Why holiday in a place where the talk’s equal parts GI’s retirement and whether GI’s salary should be counted under the cap?

You can go to Brisbane for that and sit in the traffic of a sub-tropical Sydney.

There are nods to union and league, tennis and golf. When things are topical and world-class – spring racing carnival, the F1 race, Moomba Festival Smiling Competition – Melbourne supports those things with flames shooting out the Yarra. 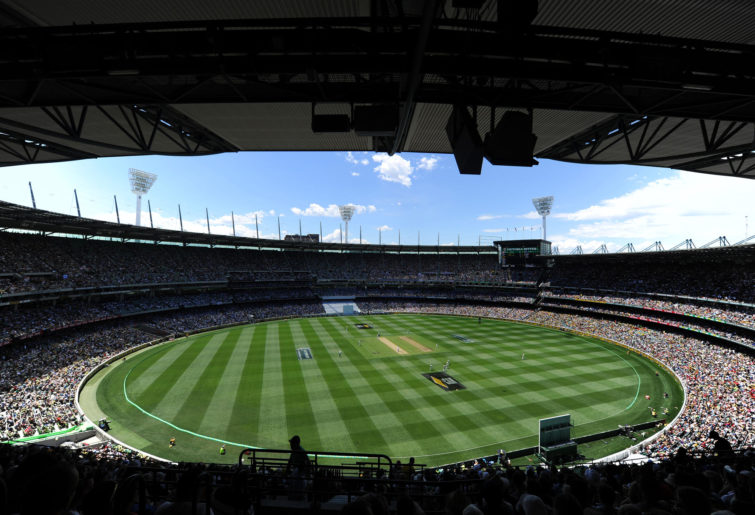 The MCG is the epicentre of the sporting globe. (Photo: Julian Smith/AAP)

And it is, as Vincent Vega said of Europe, a little different.

Example? Bob Murphy is a personality here, his head’s on the back page of The Age and atop his own fine column.

Murphy played for Western Bulldogs – once Footscray, may still be among chapters – though not when they won the grand final in 2016, and it made people sad.

I know nothing about the bloke – I made sure to write this piece without a single Google – other than that he’s got a profile and appears to be more loved than the Anzac Day clash our man “Daniher” is on track for.

“Essendon star Joe,” writes The Age man Sam McClure, “is a chance of making his long-awaited AFL return in the Anzac Day blockbuster against Collingwood”.

So there you go.

And good luck to him. I’m old enough to remember his father and three uncles when they bombed about for the Bombers.

And if there’s one thing the NRL could learn from the AFL, it’s the father-son rule in which Danihers and Abletts and Tim Watson’s son Jobe can play for their daddy’s footy team.

Turning the page of The Age and it’s all AFL. Turn it again and, wait, there’s more. There’s fully five pages.

The Herald Sun may have had ten pages, though I can’t buy the bastard because I’m dark on Rupert and his spawn and I already give these people a hundred a month for their telly.

And so! You turn the page again and rugby union gets a page and three stories about Israel Folau, who’s challenging Rugby Australia in court for his right to be bigoted against gay people because it says in the Bible he can and perhaps should be.

But then! Dear sweet Planet Rugby League! One turns the 48th page of The Age to find the bottom two thirds about cricket! In the middle of April!

Yet scan across the top, and there it is: maybe 400 words on Souths’ submission regarding Inglis’s salary, sucked in from AAP.

Nothing about the Melbourne Storm’s blockbuster with the Sydney Roosters this evening.

Nothing about last year’s grand final.

Nothing about the two smartest coaches in the game.

Nothing about the delectable match-ups between Latrell Mitchell and Will Chambers, Cameron Munster and Luke Keary, Cameron Smith and, oh yes, his former teammate Cooper Cronk. 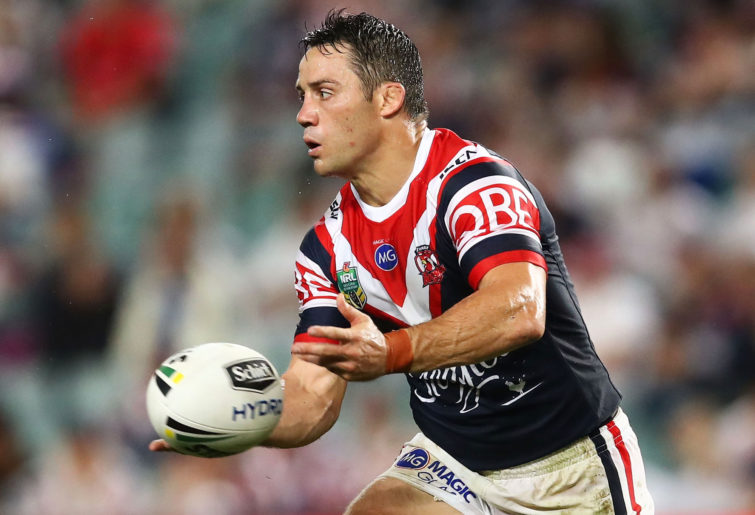 And you know what, rugby league? It’s okay. It is.

The alien and still-excellent city of Melbourne – just like the crackerjack and good-in-a-weirdo-way burghs of Hobart, Adelaide and Perth – don’t need to be right across rugby league for rugby league to remain a cool and exciting and very fun sport.

Who cares if they call it rugby?

Who cares if they know all the Danihers, Abletts and Watsons but not a Mortimer, Cleary or Hopoate (outside of the amateur proctologist)?

This is not the worst thing.

Rugby league is still rugby league. The game can live and breathe and stake a mark in the Australian sports firmament without there being Perth Pirates, Adelaide-Cronulla Sharks or a Melbourne Storm as popular as Collingwood.

It’s cool that Melburnians prefer Australian Rules, that rugby league is limited to a yarn on the wire effectively whacked in the back for balance.

Because rugby league does have a toe-hold in these southern climes.

And that toehold’s name is the Melbourne Storm.

Storm jumpers are sold in sports shops with equal prominence of, for instance, Giants, Suns and Dockers jumpers.

The Storm are like an AFL club, just one of the lesser ones. Like a weird cousin from the bush. The Melbourne Rebels are like a weird posh cousin, the boarder from the pastoralist family in Broken Hill that no-one sees often.

And there above it on a rack, all around it, full to bursting, levels and levels of it, is fat mega-stock of merchandise for those who’d spend their roubles on Bombers and Saints, Demons and Dogs.

Carlton, Hawthorn, Richmond and Geelong, there are entire walls for these clubs, these brands, these lodestones of deep-ingrained culture.

And so wifey and I decked our kids out in St Kilda hats and jumpers because we’re going to see them play the Demons on Saturday at the MCG, and that will be grand, because live AFL footy absolutely is.

And the boys had to choose and thus chose the Saints. And that’s them stuffed forever.

Because when you choose an AFL club, that’s it. And if it’s Saints, you’ll pine along with all their fans for the premiership the club hasn’t won since 1966 (I did Google that one).

Though it was still their best bet: the Demons’ last one was 1964. I Googled that too.

Final holiday tidbit: wifey and I had a moment, of sorts, when we couldn’t find a seven-year-old son in a shopping mall at Docklands.

It wasn’t too busy and wasn’t massively worrisome. But we didn’t know where he was for a couple of minutes, and in relative parents-looking-for-kiddies time, it’s long enough to think bad thoughts.

Finally, sons one and three announced with glee that they’d found their brother. And there he was, wearing a cheeky grin and all his new St Kilda kit and standing completely still in a storefront window.

Little prick will be the death of us.

He was posing with the mannikins.