England have a dominant recent record against Australia, having beaten them in nine of their past 10 ODI encounters. Now, circumstances have changed.

Australia have won 13 of their past 14 ODIs and are under next to no pressure in this match having all but qualified for the semi-finals already.

England, meanwhile, are facing the heaviest scrutiny they’ve endured since the last World Cup after shock losses to Sri Lanka and Pakistan left them scrambling to make the knockout stages.

Key strategy: Will England keep faith in their all-out attack batting strategy?
England are the long-reigning world number one team in ODIs on the back of one tactic – hyper-aggression with the bat. Whereas other ODI teams aim to build a platform from which to launch an attack on the bowlers, England’s batsmen go for the throat from ball one and rarely let up.

Among the top 20 runscorers in ODIs over the past two years, only four batsmen had strike rates of 100 or better. All four of them were English – Jos Buttler (strike rate of 125), Jonny Bairstow (114), Jason Roy (112) and Eoin Morgan (104). This helps explain why England have been by far the highest-scoring ODI team in the world.

The drawback of England’s attack-at-all-costs approach is that it is not always suitable. Sometimes a pitch demands caution, an attack demands respect, or a match scenario demands adaptability. The one main doubt I had about England leading into this tournament was whether their crash-and-bash batting style would hold up under the pressure of a World Cup, particularly playing at home as raging favourites.

I was particularly interested to see if they could hold their nerve when batting second, after being a dominant chasing side in bi-lateral series. The answer so far is “no”. England have been asked to chase three times in this tournament and twice they’ve failed, both times against sides they were expected to beat easily. The second of those losses was while chasing 232 against a Sri Lankan attack which has struggled badly in ODIs of late. If Australia win the toss and bat today, England’s ability to block out the pressure and bat without fear will be tested once more.

Key Englishman: Jofra Archer
Australia’s top order have done a great job for their team so far in the tournament with Aaron Finch, David Warner and Steve Smith combining for 1,087 runs at 64. That has been crucial because Australia’s middle order is unpredictable. At number five Marcus Stoinis has been a liability with the bat for more than a year now, averaging 23 in ODIs. Behind him at six Glenn Maxwell has rare ball striking ability but is clearly much more suited to batting in the final 20 overs when a solid platform has been set.

Australia’s top order has done a good job of shielding Stoinis and Maxwell from early exposure this year. England would love to get a look at that pair in the first half of today’s innings. That is where Archer will come in. The lanky English quick has been a consistent threat with the new ball across his brief ODI career. He has posed questions to left handers by getting the ball to jag away at them off the seam, something which will Test Warner and Usman Khawaja. Against right handers he targets the stumps more than most quicks in the ODI format. With his new ball partner Chris Woakes having had minimal impact in this tournament, taking five wickets at 48, Archer will be relied upon to disrupt Australia’s powerful top order. 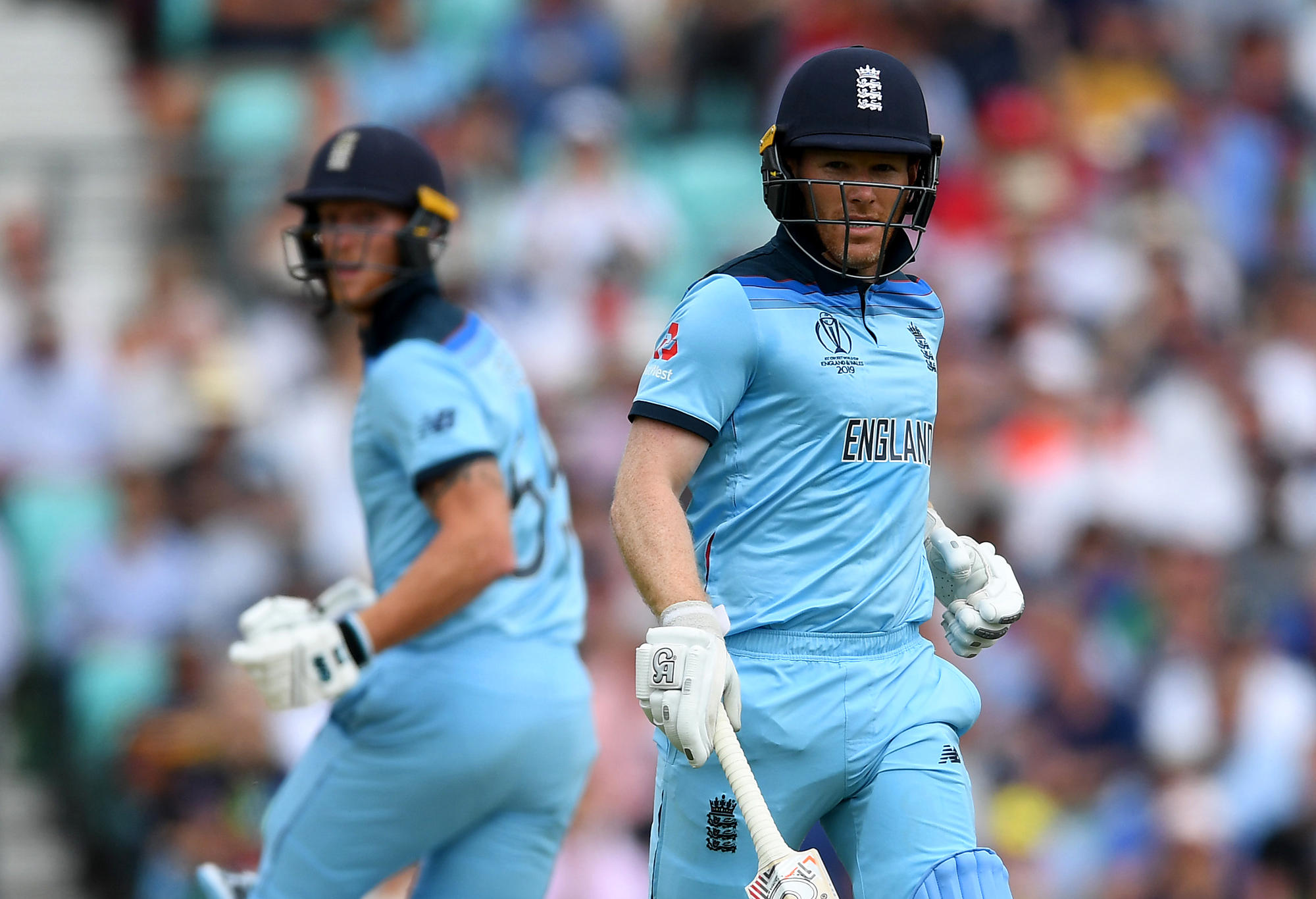 Key Australian: Pat Cummins
Early wickets will also be the key for Australia, except for a different reason. Whereas England need to make breakthroughs with the new ball to access Australia’s somewhat shaky middle order, the Aussie bowlers require early wickets to protect them from England’s powerful middle order.

If England are able to cruise through the first 30 overs of their innings today losing two or less wickets that will provide a launching pad for dangerous hitters Jos Buttler, Ben Stokes, Moeen Ali and Chris Woakes. As fellow Aussie spearhead Mitchell Starc has proved more effective with the old ball, Cummins has become Australia’s main weapon in the first Power Play.

With his ability to seam the ball back in to right handers at sharp pace, Cummins is the type of bowler who can trouble England’s top order stars Jonny Bairstow and Joe Root. He has been effective against them in the past across all formats, and has a fine ODI record against England, with 20 wickets at 25 in his past 10 matches against the Old Enemy.

Wildcard players:
England: Adil Rashid
The English leg spinner has been well below his best cross this World Cup, as have many other wrist spinners. But playing against Australia typically brings the best out of Rasid. He has been sensational against the Aussies over the past three years, taking 26 wickets at 23 from his 11 ODIs. Whether playing in Australia or in England he has flourished against the Aussie batsmen in that time.

While finger spinners have not had huge success against Australia in recent years, quality leg spinners have given them trouble in ODIs. Indian leggie Yuzvendra Chahal has grabbed 15 wickets at 23 against Australia in the past three years, while South African leggie Imran Tahir has also performed solidly against them in that time. Rashid should fancy his chances of taking a bag of wickets today.

That series seemed to badly dent Stoinis’ confidence – he has not been the same ODI cricketer since then. Prior to that nightmare series in England he had averaged 63 with the bat at a scoring rate of 6.2 runs per over. Since then he’s averaged 23 with the bat at a rate of 4.9 runs per over. It would be a huge boost for Australia if he can make a solid contribution today against his bogey team. But it is very hard to see Stoinis’ unthreatening medium pace troubling England’s ballistic batting line-up, so it is with the blade that he will need to step up.