The craziest Origin series ever is destined for a crazy finish

Next Wednesday night will be the climax of the strangest State of Origin series I’ve ever seen.

Perhaps it is because of the changing of the Queensland old guard with Greg Inglis, Johnathan Thurston, Billy Slater and Cameron Smith being absent.

Perhaps its Kevin Walters and his coach whispering guru.

Perhaps it is the odd team selections that we’ve witnessed.

Perhaps it’s all of them.

Whatever. This series has been bizarre for so many reasons.

Latrell Mitchell
The series started with Latrell Mitchell – who was probably the first player picked for the Blues in most opinions – getting absolutely taken apart up at Suncorp.

There were all sorts of theories as to why but the result was that Latrell is now out of the side. A result unthinkable back in May.

I cannot think of an equivalent fall from grace in the history of the series. I still don’t agree with it. Mitchell had an off game but the bloke is a superstar. The Maroons would never have done it.

Taree is under 200 kilometres south of Bowraville. Perhaps it is also part of the same Queensland prefecture? Kevvie should look into it with haste.

Dylan Napa’s selection
The Maroons’ ethos is ‘to always help your mates, to find an answer, and to not make any ****ing excuses’.

I have previously questioned the suitability of Dylan Napa at Origin level. Not because he doesn’t strive to achieve this ethos but because his defence just isn’t quite good enough. He regularly misses tackles at club level. At Origin level it increases to the point that he misses roughly one in every four attempted.

In Game 1 of this year’s series, he played just 29 minutes but in that time he missed nine. How he was even selected for Game 2 is a mystery.

I’m sure he was trying to help his mates and to find a solution but it didn’t work out that way. You can be assured now that he has been dropped for Game 3, he won’t be making any ****ing excuses. 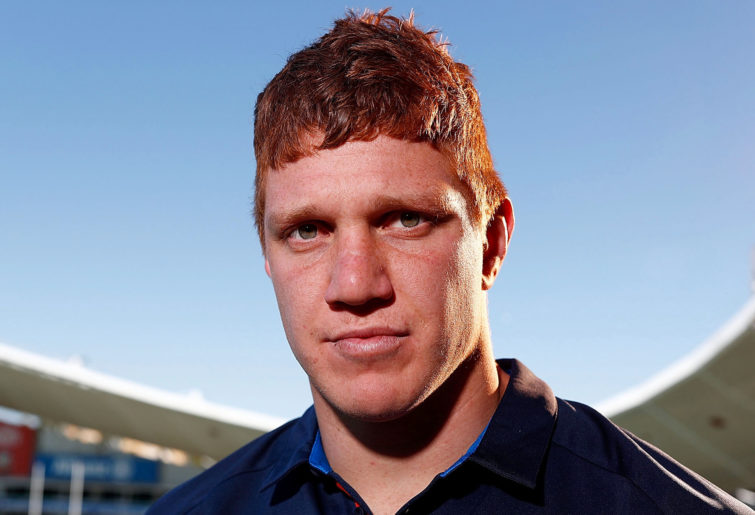 The Klemmer non-selection
If there was a distinct moment in game one that benefited the Queenslanders, it was when David Klemmer left the field and didn’t return.

To that point, he had been the most dominant forward on the field.

Unavailable because of that same injury in Perth, it was widely assumed that he’d be instantly selected when fit again. When he wasn’t named in the 17 on Monday, most of us were aghast.

While Tariq Sims’ suspension has seen Klemmer recalled, it is bizarre that it had to take something like that for the big unit to be back in blue.

Cleary out – Pearce in
OK, so it’s not nearly as funny as “Pearce off, Jack, Gibbs on”. However, considering the way Mitchell Pearce left the Origin arena in 2017, it is strange to see him return.

Pearce has played in seven losing series for NSW. He has never participated in a winning series. Of the 18 games he played in, he has only won five. That’s a 28 per cent win ratio.

He has played in seven Origin finales and has not won a single one of them – with six of them being deciders and three played at ANZ Stadium.

Yet, in spite of all of this history, this coming Wednesday night he’ll get another attempt. 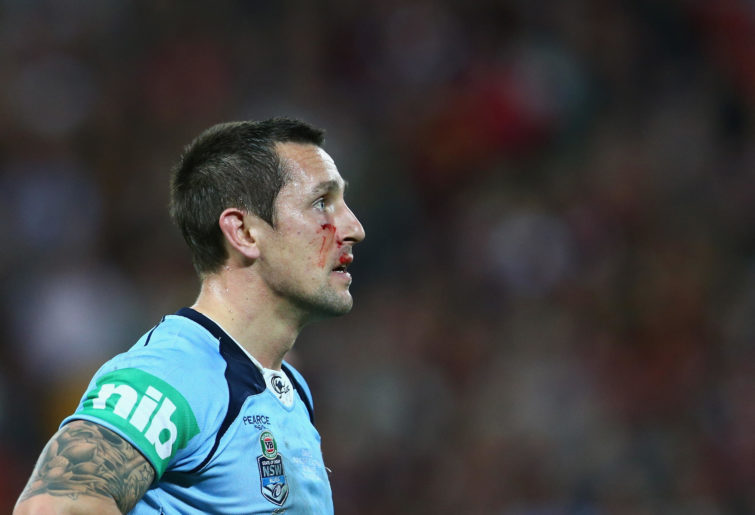 Weird selections in general
On top of the Napa, Mitchell, Klemmer and Pearce oddities, there have been a number of other selections that have raised eyebrows.

Moses Mbye being picked at 14 for the Maroons is still hard to understand. For a side loaded with playmakers, Queensland needed more grunt up front for the bench. I stand by that.

However, it is the Blues who have really pulled the selection oddities. Sure, putting Tom Trbojevic in the centres worked out brilliantly. However, Cody walker at 6 didn’t really.

While Josh Morris acquitted himself well in the first-up loss, he was then dumped. Daniel Saifiti was a left-field call on which the jury is still out.

The Gagai extremities
The boy from Mackay continues to divide people as to whether he is a superb player or a dreadful one. This year’s Origin series highlights the case for both camps.

In Game 1, Gagai ran for 270 metres, scored two tries, broke five tackles, made 14 tackles and missed none. He was very close to being man of the match.

Next Origin out, he made just 69 metres and missed two tackles, leading to this hilarious meme:

I honestly forgot that Dane Gagai was even a thing tonight. Lift, son! You're wearing maroon. #QLDER #Origin pic.twitter.com/PweSVT3734

The question is which Dane Gagai will turn up on Wednesday night?

Kevin Walters and the team that must not be named
Following Trent Robinson’s example, Walters engaged the services of Bradley Charles Stubbs and had his players and staff taking a leaf out of the Hogwarts manual, not mentioning their arch rivals by name.

It seemed to work in Game 1, not so much in Game 2 though.

The idea of Queenslanders engaging in such methods is unheard of. 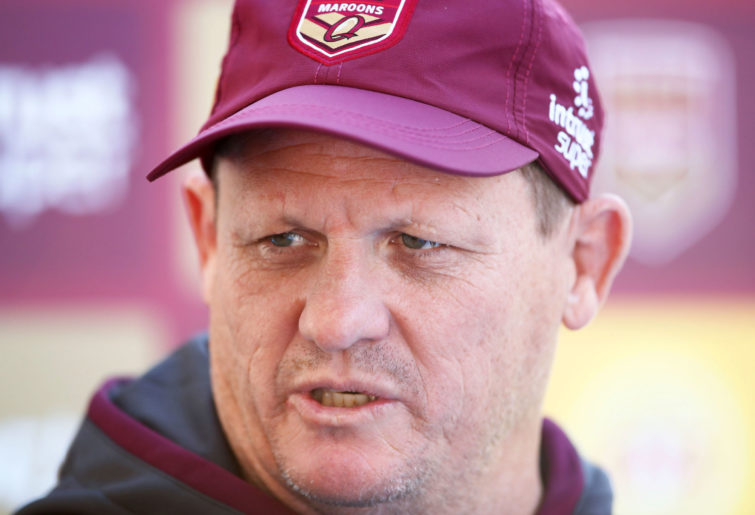 However, his barefoot training methods – intended to get the players to absorb minerals from the ground – are freaking weird. Then dropping Mitchell. Then selecting Tom Trbojevic in the centres. Then not picking David Klemmer.

These decisions all stunned me.

The really freaky thing is that he heads to ANZ Stadium odds on to be the winning Origin coach in 2019. If that happens, it will be only the third occasion that the Blues have come back from one-nil down in the series to claim the shield.

So what will happen?
History is massively on the side of the Maroons to win the upcoming match and the series. There have only been eight comebacks from one-nil down in the series to lift the shield. NSW has only done it twice.

However, the loss of Jai Arrow and Kalyn Ponga, mixed with the return of David Klemmer, James Maloney and Wade Graham has NSW looking stronger overall. Being at home in front of a sea of electric blue fright wigs can’t hurt either.

But don’t forget; Origin belongs to Queensland. They love being underdogs and they’ll revel in this challenge. They’ll be certain to help their mates, find an answer, and not make any ****ing excuses.

And while that happens, they are always a great chance to once more send NSW out losers.

However, in this bizarre Origin series, I just have a gut feeling that the Blues will prevail.