Australia should make two changes for their World Cup semi-final against England, with Peter Handscomb coming in for the injured Usman Khawaja and Mitch Marsh replacing the out-of-form Marcus Stoinis.

Cricket Australia were very clever to run an Australia A tour of England concurrently with this World Cup and it has now benefited Australia, who can call upon Marsh and Handscomb who are both in the UK – and both in form.

In Australia A’s four 50-over matches against county teams, Handscomb made 149 runs at 75, with a strike rate of 101, while Marsh made 126 runs without being dismissed, to go with five wickets at 29.

Handscomb is already in the Aussie squad, having been included on Friday as a replacement for Shaun Marsh, who broke his arm at training. Now Australia face the likelihood of having to find a substitute for Khawaja, who hurt his hamstring in yesterday’s narrow loss to South Africa.

The two obvious candidates are experienced batting all-rounder Mitch Marsh and veteran keeper-batsman Matt Wade, who is in blazing form with the bat.

Wade was brutal for Australia A in the one dayers, smashing 355 runs at 89, while scoring at a rate of nearly 11 runs per over. 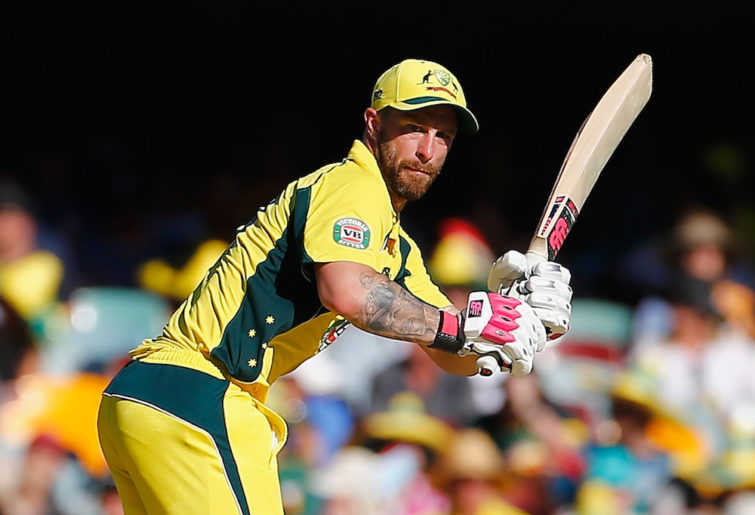 The 31-year-old’s crazy form extends across all three formats, having been the second-highest runscorer in both the Sheffield Shield and the BBL last summer.

He looks primed to make an impact should he get the call up to the World Cup. Wade’s renowned ball striking ability may well appeal to the selectors ahead of the clash against England, the fastest scoring team in the world. Fight fire with fire, perhaps?

If Wade were to come into the starting XI against England it would be as a specialist batsman, a role he filled in three of the Australia A matches as Handscomb kept.

He very likely would be replacing one of Stoinis or Maxwell. Australia cannot afford to carry both of these out-of-form all-rounders in a knockout match against England.

Australia’s middle order is hugely vulnerable at the moment due to the laboured efforts of Stoinis and Maxwell, who combined have averaged just 20 with the bat from their 15 innings in this World Cup. One of them has to go.

Stoinis looms as a risky proposition, having suffered his second side strain of the tournament yesterday.

Picking players with questionable fitness in a knockout game is always dangerous. It would make a lot more sense if it was an indispensable cricketer, like spearhead Mitchell Starc.

But Stoinis has averaged 24 with the bat over the past 13 months in ODIs, there is no need to gamble on his fitness. That is particularly so given the availability and good form of a fine like-for-like replacement in Mitch Marsh.

The West Australian has been training and playing with Australia A for a month now. He is a proven middle order ODI batsman and a better bowler across all formats than either Stoinis or Maxwell.

Another major selling point with Marsh is his excellent ODI record against the three other semi-finalists – England, India and New Zealand.

In 26 ODIs against those sides, Marsh has scored 781 runs at 41 (strike rate of 101), while also taking 29 wickets at 25. Consistently across his ODI career he has been at his best against the strongest ODI teams. 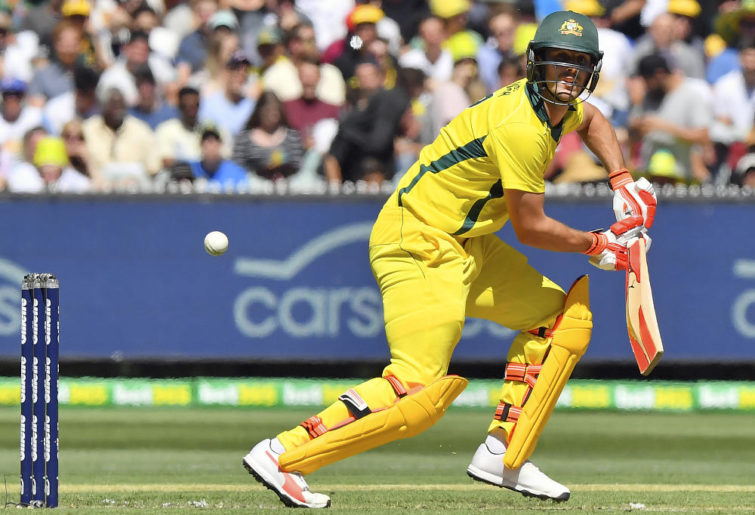 There is risk involved with picking Marsh, too, that he has not played an ODI in 18 months. That is a risk worth taking to replace a struggling all-rounder with fitness issues in Stoinis. While I can see the appeal of overlooking Marsh in favour of Wade, who is in irresistible touch, such a move would leave Australia’s bowling exposed.

Maxwell’s spin was tidy against South Africa but the bottom line is he is yet to take a wicket in the tournament. If he was Australia’s only proper bowling option beyond their four frontliners it would deny them crucial flexibility.

By having Marsh as an extra bowler Australia would be far better prepared for a range of different scenarios in the field.

Against England, the most attacking batting lineup in this World Cup, Australia can’t afford to be light on bowling.