VAR, handballs and the ‘natural silhouette’

The frustrating modern day footballing reality that is VAR has changed the game significantly and permanently.

I am yet to locate a single fan who enjoys the drama and tension of the minutes spent waiting for an under-pressure VAR official to make a call.

When questionable incidents occur, decisions are either confirmed, overturned or the referee is beckoned to the sideline.

Then, off he or she trots to the hoots and hollers of supporters who are already convinced that a footballing injustice is about to be committed against their team.

At its worst, VAR is a farce. At its best, it is merely theatre that fuels passion. Sadly, its ability to consistently award justice is ad hoc.

Not a competition in the world has or will be spared its influence and the inevitable controversies that go along with the use of technology in sport. Whether it be Champions League, World Cup or humble A-League play, the technological microscope has erred frequently and will continue to do so.

July 7 saw the Copa America final experience the pointed influence of VAR, when a Christian Cueva cross hit the arm of Thiago Silva in the box, as he slid in to clear desperately.

The sphere stuck his trailing arm unintentionally and the subsequent penalty drew Peru level after the Brazilians had taken an early lead.

A VAR review confirmed the decision despite Silva having no chance of reacting and avoiding the contact.

It was an interesting decision, particularly considering the new wording and interpretation of the handball rule, implemented and enacted by the International Football Association Board (IFAB) on June 1.

In essence, emphasis on the deliberate use of the hand has been lessened and the rule tweaked in an attempt to solve the issue of unintentional contact.

That language was applied in the Copa America decision and in conjunction with the entire VAR system, will become a talking point in leagues all over the world this upcoming season.

The handball rule now states that a penalty will not be awarded if, after contact between ball and arm in the penalty area,
a) the hand/arm is close to the body and does not make the body unnaturally bigger.
b) a player falls and the hand/arm is between the body and the ground to support the body, but not extended laterally or vertically away from the body.

IFAB technical director David Elleray explained the thinking behind the changes in the following way.

“We’ve changed it to say the body has a certain silhouette,” said Elleray. “If the arms are extended beyond that silhouette then the body is being made unnaturally bigger, with the purpose of it being a bigger barrier to the opponent or the ball.

“Players should be allowed to have their arms by their side because it’s their natural silhouette.”

In effect, the VAR decided that Silva did indeed make his ‘natural silhouette’ bigger, thus making the hand to ball contact illegal.

After searching my house and peering into every mirror and glass sliding door for near on three hours on Monday morning, I was unable to locate my ‘natural silhouette’. In fact, I am not exactly sure what it is, to which point it extends and whether the position of the sun affects it.

Despite feeling somewhat bewildered by its true meaning and quizzical at its inclusion in the new rule, it is a term I plan to use with gay abandon among footballing friends. 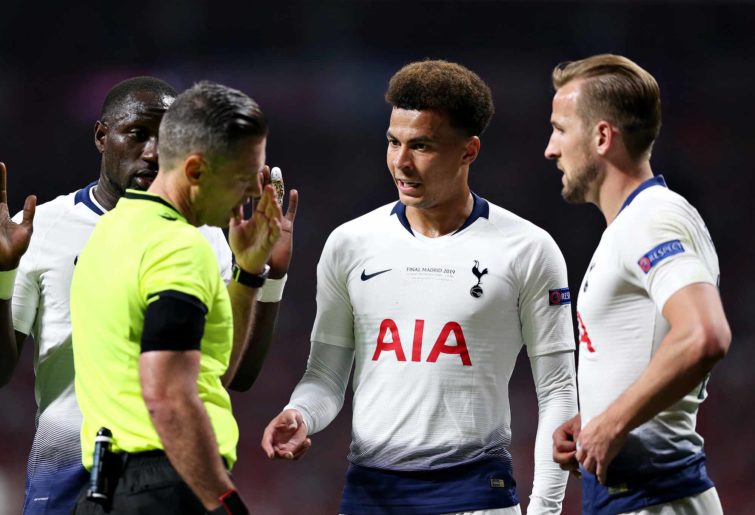 The phrase and its application intends to discourage the positioning of the arms behind the back, as defenders attempt to become barriers between ball and goal; allowing them to leave their arms in a more natural position by their side.

However, it appears likely that the devil once again lies in the detail and the manner in which the new terminology is applied will be interesting to observe. Be prepared for painstaking analysis of players who have managed to remain within their ‘natural silhouette’ and others whose body position is deemed to have become unnatural.

As is the case with rule making, adding layers of interpretation and subjectivity merely clouds the waters further. Such a lack of clarity hampers the on-field official’s task and is then parlayed when VAR becomes involved.

Using such an imprecise and abstract phrase, potentially meaning different things to different people may prove a rod for IFAB’s back.

Or perhaps the new wording provides the much sought after solution to the issue of handballs in the penalty area and gives the VAR a rigid framework within which to work, leading to perfect decisions every time?