New North Melbourne coach Rhyce Shaw guided his team to a 22-point victory over Hawthorn in his first AFL match as the club’s permanent senior coach, despite admitting he felt under the pump leading into the clash.

Shaw isn’t certain whether it was the occasion or that he was coaching his first AFL game as a full-time senior coach, but he felt the pressure ratchet up several levels before it was released when the final siren blew on a 22-point win over Hawthorn.

“I don’t know if I can differentiate between the pressure of putting on a good performance because it’s our 150th celebration or because I’m senior coach… I don’t know,” Shaw said.

“But I felt as though we wanted to perform.

“It was a big occasion and I was up for it and I know the boys were up for it.

“The sense before the game was really upbeat… I felt like they were right on and I read it wrong.

“But to the guys’ credit, they came back, fought really hard and really turned the game.

“I was really pleased with that and I think that’s the hallmark of a good team.”

North conceded the first four goals, but dug deep to hit the lead for the first time early in the second half and weren’t headed again.

Shaun Higgins was quiet early with just two touches in the first term, but finished with 28 possessions, seven clearances and two goals in a match-turning display.

The star veteran had plenty of willing helpers after a sputtering start to the contest: Paul Ahern (26 disposals), Ben Cunnington (21) and Jared Polec (23) were all influential.

Ben Brown booted four goals and skipper Jack Ziebell three in a win that improved North’s record to 8-11, while the Hawks slipped to an 8-11 record that most likely ends their slim finals hopes.

James Worpel was the best player on the ground with 37 possessions and 11 clearances, with Chad Wingard (29) and Jaeger O’Meara (26) also important.

In his 373rd AFL match, Shaun Burgoyne set a new mark for the most games played by an Indigenous player, passing Sydney champion Adam Goodes.

The four-time premiership star amassed 23 touches in his milestone game.

Further souring the loss for Hawthorn, Grant Birchall’s comeback after missing all of 2018 through injury stalled in the third quarter when he limped down the race clutching his right hamstring.

“We started really well but it’s been a bit of a pattern – we just haven’t been able to maintain that for four quarters,” coach Alastair Clarkson said.

“We can do it for one quarter or two quarters, but that’s a sign of where we are as a side.

“We’re showing some signs with some younger players coming through for us, which is pleasing, but we’re just in that pattern where we can’t get four quarters of good footy together.”

As reported on Friday, North Melbourne has delisted 11 players, including comeback man Majak Daw. Daw’s manager, Adam Ramanauskas, has reportedly said his man would be keen play on elsewhere if another club had a spot on their roster. So where should Majak Daw go? These are three teams that should pick him up. Carlton […] 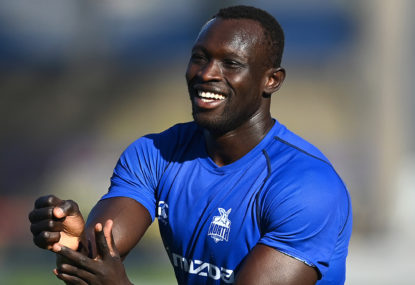 North Melbourne have axed 11 players, including Majak Daw, as the Kangaroos go about reinvigorating their AFL list after a horror season.

North Melbourne slumped to an eighth consecutive AFL defeat but Rhyce Shaw was happy with an improved showing against West Coast in their last-round fixture. 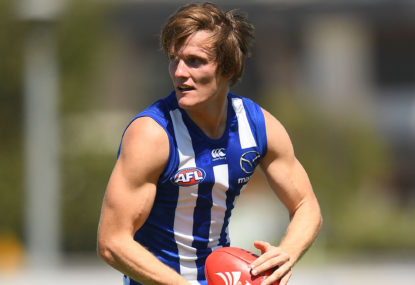 West Coast were hoping to play North Melbourne in Perth in the AFL’s final round but their bid to buy the hosting rights for that match is set to be denied. 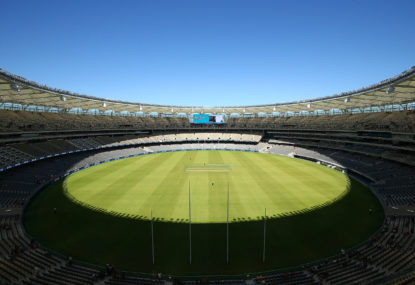