Before we launch into deciding who wins the mythical rugby league Alphabet Cup, all of these alphabet teams need coaching.

So let’s see which master strategists take our teams through their paces.

A Team – Chris Anderson (1990-2007)
Anderson coached Australia between 1999 and 2003 for 24 wins and only three losses. At club level, Anderson coached 503 first grade games in Australia and England over 20 seasons. He won three premierships, one each with Canterbury, Melbourne and Halifax. First grade winning rate of 57% in 337 games.

B Team – Wayne Bennett (1976-present)
Bennett coached Australia 16 times for 12 wins and a draw. He has also coached England 15 times to date for ten wins. He was also the nominal assistant coach that masterminded the NZ World Cup victory in 2008. For Queensland, he won five Origin series from seven attempts.

Bennett has coached more club games than any other coach in Australia. His tally to July 2019 stands at 911 in the NRL across five clubs for seven premierships and twice runners-up. He also won a premiership with Brisbane Souths. First grade winning rate of 62% over 830 NRL games and counting. 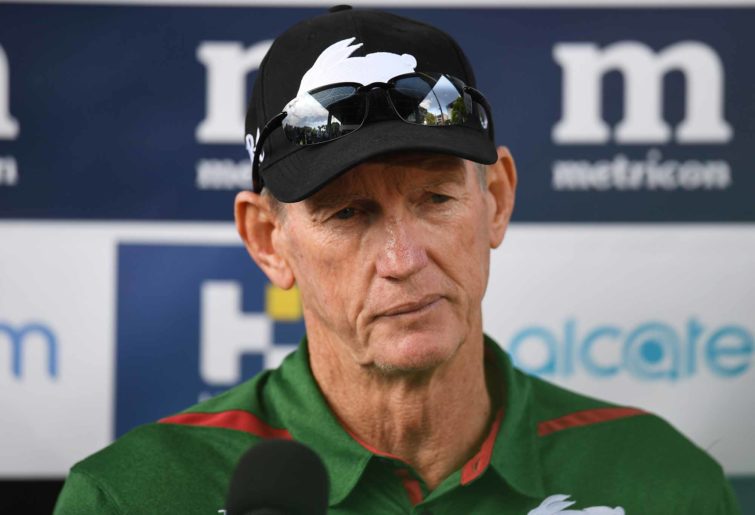 C Team – Clive Churchill (1958-1975)
Churchill coached Australia 29 times for 15 wins and a draw. He coached Souths to four premierships and one other grand final appearance between 1967 and 1975, as well as two other finals appearances. First grade winning rate of 57% over 260 games. Churchill also coached Queensland to a rare series victory in 1959 and Norths Brisbane to the 1959 BRL premiership.

Assistant coaches: Jimmy Craig (1929-1939, a premiership with each of Wests and Canterbury, as well as one runners-up and one further finals appearance in only five years of coaching) and Jim Challinor (1958-1974, 64% success rate coaching Great Britain in two stints over five years in the 1950s and 1970s).

E Team – Matthew Elliott (1997-2014)
Elliott took the Bradford Bulls to the 1997 premiership and was runner-up in 1999. In Australia, Elliott took Canberra to the finals in four out of five years, plus got Penrith a finals appearance in 2010. First grade winning rate of 46% over 265 games.

F Team – Bob Fulton (1967-1999)
Fulton coached Australia in 37 Tests for 30 wins and a draw. After coaching the Roosters to one runner-up position and another two semi-final appearances, Fulton returned to his spiritual home at Manly and won them two premierships as well as another three runners-up spots and seven semi-final appearances.

All up, this was 15 finals campaigns from 17 years. Bozo coached 405 first grade games with a winning rate 64%.

Assistant coaches: Don Furner (1969-1988, 29 wins from 31 Tests for Australia and two runner-up positions with Easts and Canberra 15 years apart) and Arthur Folwell (1942-1944, coached Newtown to a premiership in 1943 and second place the following year).

G Team – Jack Gibson (1967-1990)
Gibson coached over 400 first grade games and won a hat trick of premierships with Parramatta and two in a row with the Roosters. He also had another runners-up and five finals appearances. First grade winning rate of 62% over 394 games.

Assistant coaches: Phil Gould (1988-2004, coached NSW to nine wins and a draw from 14 matches and six series wins from eight attempts, as well as taking Canterbury and Penrith to premierships and the Roosters to four finals appearances in a row) and Ted Glossop (1977-1988, coached Canterbury to a premiership and a runners-up spot).

H Team – Arthur Halloway (1916-1948)
Arthur ‘Pony’ Halloway coached for 20 seasons winning a whopping eight premierships – four each with Balmain and Easts. His teams were runners-up another three times plus three other finals appearances. First grade winning rate of 61% over 300 games.

Assistant coaches: Des Hasler (2004-present, two premierships for Manly plus another three runners-up and seven semi-final appearances across the Sea Eagles and Bulldogs) and Howard Hallett (1925-1926, coached Souths to two premierships in his only two years as a coach, only ever losing two games).

I Team – Tony Iro (2012-2019)
Iro coached two whole games for the Warriors for two losses, plus he has coached the Cook Islands twice for one win. NRL winning rate of 0%. Unfortunately, Iro has to do this all on his own.

K Team – Ken Kearney (1954-1969)
Kearney had a 7-2 winning record with Australia but could not win the Ashes. Five-time premiership winner with St George and another five finals appearances with the Dragons and Parramatta. First grade winning rate of 59% over 284 club games.

M Team – Mal Meninga (2005-present)
Meninga has a 14-1 record for Australia, plus a 20-10 record for Queensland including eight series victories in a row. He also took Canberra to three finals appearances. First grade winning rate of 53% over 125 games. 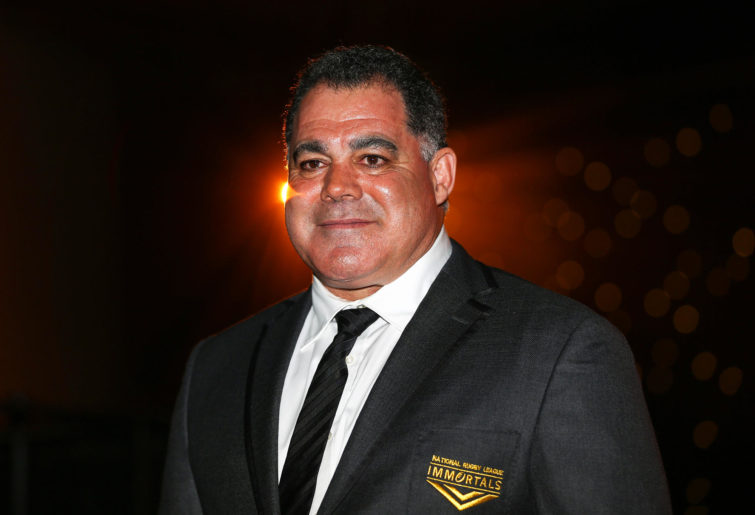 Assistant coaches: John Monie (1984-2008, one premiership each with Wigan and Parramatta and another runner-up and finals appearance with the Eels, also coached France 16 times for seven wins) and Chris McKivat (1921-1928, back-to-back premierships for Norths).

P Team – Norm Provan (1962-1979)
Provan captain-coached the great St George side to four premierships in a row plus a preliminary final in 1968. Also took Cronulla to the 1978 grand final, losing in a replay. Signed off with a finals appearance for the Sharks the following year. First grade winning rate of 69% over 181 games.

Assistant coaches: Norm ‘Latchem’ Robinson (1930-1958, three premierships in four years and two runners-up for Balmain) and Warren Ryan (1979-2000, back-to-back premierships with Canterbury plus a runners-up finish from 1984 to 1986, back-to-back runners-up with Balmain in 1988-89, runner-up with Newtown in 1981 and further five finals series with various teams across 400-odd career games).

S Team – Tim Sheens (1984-present)
Sheens coached Australia to 26 wins and a draw from 31 matches. He led Canberra to back-to-back premierships in 1988-89 and another in 1994. Sheens also led Wests to a drought-breaking title in 2005. There were also eight other finals appearances and a first grade success rate of 51% over a 669-game career.

Assistant coaches: Brian Smith (1984-2017, over 600 career games, back-to-back runners-up for St George in 1992-93 and one further finals appearance, then five finals with Parramatta culminating in another runners-up finish in 2001, then another grand final loss with the Roosters in 2010) and Frank Stanton (1975-1989, 23-3 record for Australia as well as two premierships with Manly and a further three finals appearances with Manly and Balmain). 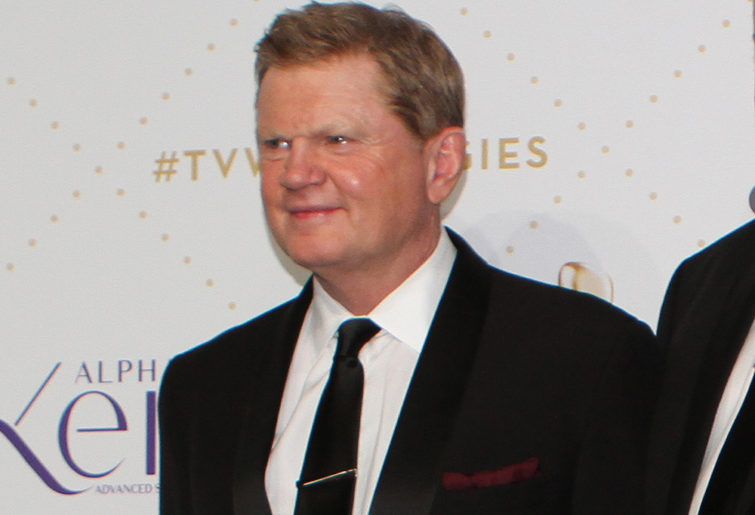 W Team – Ron Willey (1962-1989)
Willey coached NSW to their first Origin clean sweep in 1986. He coached Manly to back-to-back premierships in 1972-73 as well as another runners-up spot and two other finals series. Then Willey coached four different clubs to one finals series each – Balmain, Norths, Souths and Penrith. First grade winning rate of 57 per cent over 403 games.

U/X/Z Team – Sreten Zec
Zec coached Bosnia-Herzegovina to a 32-6 victory over Hungary in 2014. That gets him this starring gig. Let’s not mention the 58-4 loss to Greece that same year.

Assistant coach: Aaron Zimmerle (coached Canada twice in 2015, managed a draw against Jamaica, but lost to USA. Interestingly, Ryley Jacks played for Canada and scored a hat trick of tries against the USA).

Assistant coaches: Jeff Smith (1948-1951, coached Wests for one premiership in 1948, one runners-up and one finals appearance) and Malcolm Reilly (1980-1999, 29 wins from 42 matches for Great Britain then took Newcastle to a first premiership in 1997 as well as two other finals series).

Best of the Rest Team 2 – Artie Beetson (1977-1999)
Beetson’s club coaching career was average, with only two finals appearance for Easts over nine years of coaching Cronulla and the Roosters. But for Queensland, Beetson’s record was 19 games for 13 wins and five series victories from six attempts. First grade success rate of 46% over 196 games.

So now there is nothing more to say except let’s decide a winner. Next time, we rank the teams from 26 to one and proclaim the winner of the Alphabet Cup.