Pierre Gasly has been dumped from Red Bull, just eight days after Red Bull team principal Christian Horner said the Frenchman would stay at the team for the rest of the year.

I can only assume that Horner’s job was to calm the media into thinking nothing would happen at the Hungarian Grand Prix while, behind the scenes, the decision to dump Gasly had already been made.

However, Gasly was going to be demoted at some point. That’s just how Red Bull works. It’s happened before.

In the 2016 Chinese Grand Prix, Daniil Kvyat “torpedoed”, in the words of Sebastian Vettel, into the German’s Ferrari before the Russian crashed into the back of Vettel not once but twice on the opening lap of the following race.

Kvyat was replaced by the boy-wonder, Max Verstappen, for the Spanish Grand Prix, one which the Dutchman won after both Mercedes crashed out spectacularly on the opening lap. 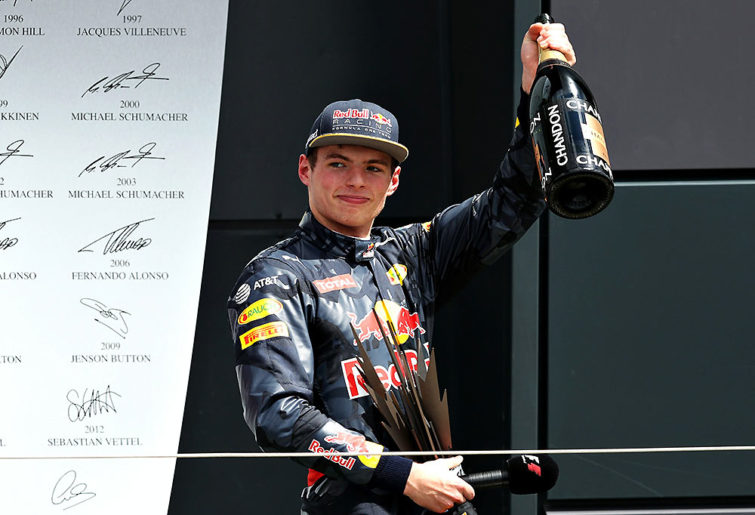 This time, Red Bull have chosen to promote Alexander Albon, the Thai rookie, a decision which may show that there is still some bad blood between the team and Kvyat.

Despite not being the obvious choice, Albon can pull his weight. He has put in some class drives, most notably in the Chinese Grand Prix when, after starting from the pitlane after crashing in Free Practice 3, he finished tenth to score his first points in Formula One.

Then, just over a fortnight ago in Germany, he mastered the wet conditions to finish sixth, keeping his head while others around him lost theirs.

This was his best result of the season, which is extraordinary considering that he had never driven an F1 car in the wet beforehand.

Pierre is a nice guy and was a great driver for Toro Rosso but he just hasn’t stepped up to the plate. It hasn’t helped that his teammate is Verstappen, who sits third in the drivers’ championship with two wins under his belt. However, when you’re lapped by your teammate in Austria, qualify sixth in Hungary while your teammate is on pole, and consistently struggle to overtake drivers in the midfield, it’s time to let someone else have a go.

So, it’s time for Alexander Albon to step into the breach. I hope he does well but think he too will struggle in comparison to Verstappen.

September is probably the best time for both Albon and Gasly to show what they’re made of with four grands prix taking place next month: Belgium, Italy, Singapore and Russia.

Of those, Red Bull will be most comfortable at Singapore, seeing as the car was strong in Hungary, which is similar in nature to the Marina Bay Street Circuit.

Looking beyond 2019 though, the team has the problem of sorting out their driver program which, in comparison to that of Mercedes and Ferrari, has fallen by the wayside.

Currently, there are nine drivers in the Red Bull Junior Team, with most competing in either an F3 or an F4 championship this season. Obviously, this is not a high enough class from which to graduate to F1.

An added problem is that five of their junior drivers are under 18 so aren’t eligible to qualify for a Super Licence until at least 2020.

Their two best juniors are Lucas Auer and Patricio O’Ward. Auer and O’Ward compete in the Japanese Super Formula Championship, with O’Ward also competing in IndyCar after winning last year’s Indy Lights championship. O’Ward has experience in F2 too as he replaced the banned Mahaveer Raghunathan for the Austrian round, driving for MP Motorsport.

However, it will still take a bit of work to get these drivers up to the required 40 points needed to qualify for a Super Licence, so Red Bull are stuck in the short-term.

This is a problem for Red Bull especially when Mercedes have got Esteban Ocon and George Russell knocking on the door and Ferrari having Mick Schumacher.

Rumours also regularly circulate about Verstappen potentially moving to Mercedes, but it is unclear as to whether this would actually happen given the potential tension between Verstappen and Lewis Hamilton.

Red Bull should not be too concerned at the moment, as they still have four good drivers, but they are now running out of replacements so must keep an eye on developing their future talent.