The Newcastle Knights should ask Trent Robinson to name his price

What’s the price of a premiership? For the Newcastle Knights, it’s the value of Trent Robinson’s signature.

A million, $1.2? Whatever it takes, the Knights must pay up.

It will be the difference between winning and losing.

Newcastle have an extremely competitive roster. In Kalyn Ponga they have the circuit breaker, capable of winning a game on his own. David Klemmer is the game’s premier front-rower. Mitchell Pearce – while not without his critics – is a premiership and Origin winner. 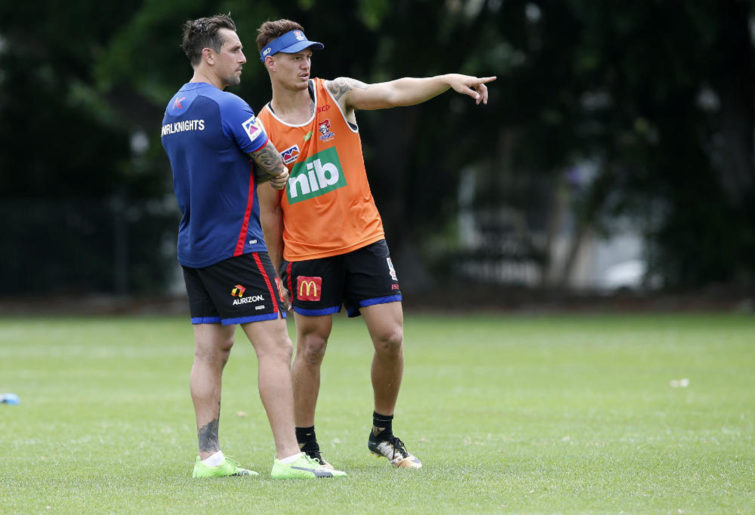 Throw in seasoned pros like Tim Glasby, the signature of impressive rake Jayden Brailey and a healthy crop of young talent coming through (watch out for Bradman Best) and you’ve a recipe for sustained success.

All that’s missing is a master chef ready to serve it up. For that, there is no one better than Robinson.

The Roosters maestro has a record that speaks for itself. Two premierships in seven years is up there with the very best. Aside from this though, it’s his ability to instil, drive and demand cultural standards that sets Robinson apart.

He isn’t a brute however, who has players shaking in their boots without purpose or reason. He can also be a man’s man. His management of Latrell Mitchell throughout the superstar’s burgeoning career is testament to a coach who understands the fine balance between being a mate and being a leader.

Some of the Knights’ young guns could do with some of that TLC.

It appears something of a cultural overhaul is needed at Newcastle, with pundits having spoken about the party culture that has seeped into the playing group over the past 18 months. If this is true, it will need to change. Robinson will do just that.

He’ll also turn Ponga into the world’s best player, just like he’s done with James Tedesco. And while he may have been largely responsible for Pearce leaving Bondi two years ago, the halfback is a different player these days. He’s ready to win another premiership – provided he’s got the right people around him.

In terms of career progression, Robinson should be seeking his next great challenge. Wayne Bennett left Canberra for Brisbane when they were brand spanking new, Craig Bellamy navigated the Storm through a salary cap crisis and deliverer the club two (legitimate) premierships, and Des Hasler left Manly for the Dogs (in more ways than one).

Robinson to the Knights? Makes sense.

Former Knight Matthew Johns recently divulged a story about the way he was enticed to the Super League during the mid-1990s. Apparently, an executive from News Corp phoned Johns and his brother Andrew while they were having tea at a well known Steel City diner.

Desperate to land the two superstars, the executive asked the brothers to each grab a napkin, write down whatever they felt they were worth and promised that the Super League would match it. Thankfully for the Knights and the ARL, the brothers stayed loyal.

Fast forward nearly 25 years and it’s the Knights who should be on the other end of the phone engaging in a similar type of shameless negotiation with the Roosters’ super coach.