Michael Cheika could end the international careers of a handful of veteran Wallabies with the stroke of a pen as he finalises his squad to contest the Rugby World Cup in Japan.

Question marks hover over a number of positions in Australia’s 31-strong group to be announced in Sydney on Friday, with accomplished performers like Adam Ashley-Cooper, Tevita Kuridrani, Rob Simmons, Sekope Kepu and Tatafu Polota-Nau no certainties to be on the plane to Japan.

Finding a balance between specialists and utilities is the challenge for Wallabies coach Cheika and fellow-selectors Scott Johnson and Michael O’Connor.

Their other debate is experience versus potential form.

When appointed Rugby Australia’s director of rugby, Johnson said he would lean towards the latter, suggesting the likes of highly-rated Queensland Reds outside centre Jordan Petaia may bolt into the 31-man group, at the expense of Ashley-Cooper or Kuridrani.

That would be a gutting outcome for Ashley-Cooper after the 35-year-old returned from Japan this year to chase a fourth World Cup campaign.

Having been trusted with only 11 bench minutes across the four Tests this year indicates the 35-year-old is on the outer but Cheika warned to read little into his lineups so far.

“When we go into the selection process we’re not even just looking at the players who have been in the (Rugby Championship) squad,” he said.

“We’ll take into consideration everything around the complementary nature of players and get the best possible fit of preparing for all the situations we’ll come up against in the World Cup itself.”

Simmons, Kepu and Polota-Nau are in their 30s and share 291 caps but they’d be unlikely starters in the big tournament games.

Their value, like that of 118-cap Ashley-Cooper would be as much for their off-field leadership.

The team that was largely unchanged across both Bledisloe Cup Tests will form the core of the squad, with the trimmings set to comprise some players who have seen little rugby of late because of injury.

Cheika said he isn’t considering any offshore players aside from his overtures to lock Will Skelton, with no word yet on whether the giant Saracens star is available.

There may be minimal space for outside backs, with Dane Haylett-Petty and Tom Banks both tight calls.

The squad’s balance could hinge on something as innocuous as whether a third halfback is taken.

Former Wallabies great George Gregan believes it is imperative Joe Powell travels as a specialist backup but Cheika has hinted previously at rolling the dice and taking just two – almost certainly Nic White and Will Genia. 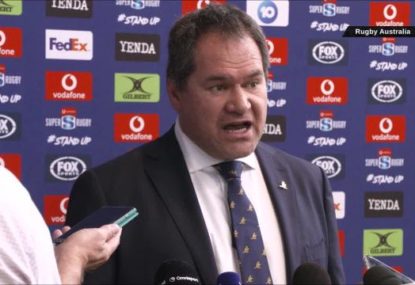 Legendary Wallabies winger David Campese says Australia need to regain a winning mentality and can progress very quickly if they go about things the right way. 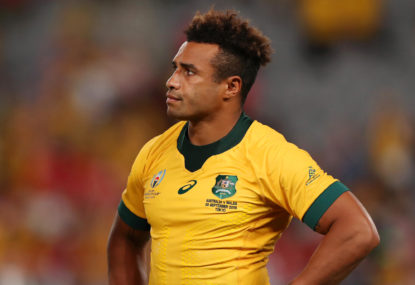 Wallabies skipper Michael Hooper has spoken to the media after his decision to stand down as NSW Waratahs captain ahead of the Super Rugby season. 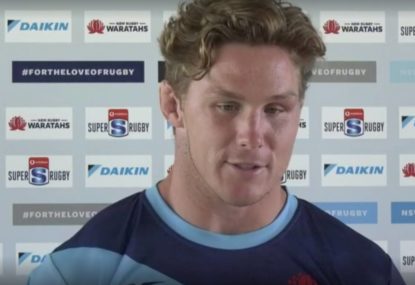 It sounds sensational, doesn’t it? Can Queensland’s Isaac Lucas be the second coming of Stephen Larkham and the saviour of the number 10 position in Australia?