The brutal questions Paul McGregor has to answer

The Great One
Roar Pro
1st September, 2019
65
Join the conversation
4903 Reads
Advertisement
Write for The Roar

The Dragons look set to sink to their lowest ever position at the end of a season as a joint venture, with only the last-placed Gold Coast Titans keeping them from collecting the wooden spoon.

If you go back before the merger, this is the worst position from either part of the joint venture since the Illawarra Steelers’ wooden spoon in 1989 and the worst season for a St George team since their second-last finish in 1945.

With such a horrific campaign behind them, serious questions need to be asked about the coach – but most in the media are reticent to point out any specific problems. It is time to get serious and start asking the obvious questions, even if they might make people uncomfortable.

Why are the centres regressing under a coach that was an Australian representative centre?
Just two years ago, Euan Aitken was earmarked as a future Origin star and looking at representative honours. This year he has lost his position as a certain starter in the team and is part of a Dragons right edge that has leaked points all season, including 22 against the last-placed Titans.

Tim Lafai has scored two tries all season and the last time he crossed was in Round 5 when the Dragons thrashed the Bulldogs. Not only that, but he only has one try assist and his decision to constantly rush up in defence – combined with his poor communication to his winger – has let in countless tries.

Paul McGregor was a centre his whole career, so how can he not coach the position he is most familiar with?

Do you know that tries off kicks count for the same amount of points as every other try?
Go back and watch any Dragons post game press conference and you will likely see Paul McGregor utter the phrase “they scored X tries off kicks” as if to imply that this was somehow less of an achievement than the other tries scored. 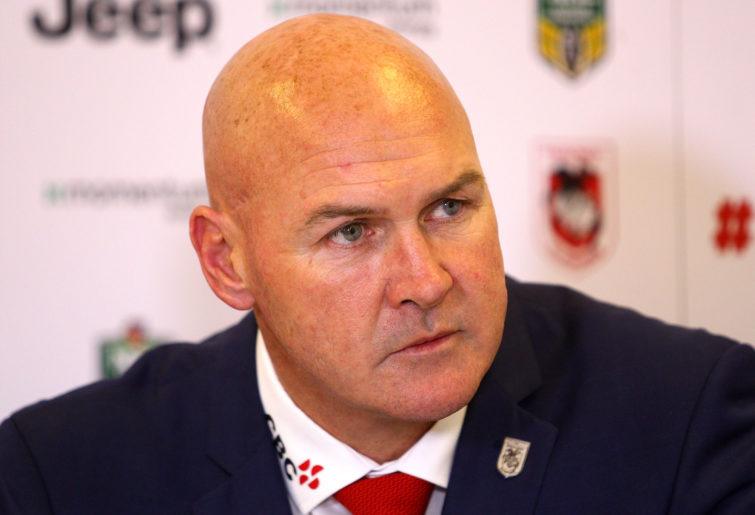 Yes, tries off kicks can have a bit more of an element of luck involved but you can also minimise this element by doing your job, which is preparing your defence to contain these kicks.

If your team is letting lots of tries in from kicks then you need to fix this in your pre-game preparation, especially if you identify it is a problem that has lasted all season. Pointing out that many of the tries your opposition score come off kicks does not absolve you of this mistake.

Why does every representative player in your team play worse under your coaching?
Let’s not beat around the bush: the Dragons team is stacked with representative players, including five Origin stars, two English internationals and quite a few players from the national squads of smaller countries.

This is quite possibly the most star-studded Dragons team since their 2010 premiership squad. These players can perform on the biggest stage – why can they no longer perform at a club level? The only difference in the equation is the coach and the administration.

Where is the Dragons’ attack?
In the last three weeks, the Dragons have only scored two tries that did not directly come from kicks – ironic considering Paul McGregor’s apparent disdain for this method. Only one of those two tries came from an actual structured set play: Tristan Sailor’s try on debut last weekend.

That is one try from an attacking play in 240 minutes of football in a team that includes Gareth Widdop, Ben Hunt and Cameron McInnes in playmaking roles. And even when you include tries from kicks, the team has only scored 38 points total in three weeks, less than what the Tigers put on them this very weekend.

Reports have suggested Mary is putting in long hours at work but where is this time going? Because you certainly cannot see the results of this on the field.

There are many other questions that arise when you look at the Dragons team, such as McGregor’s forward rotations, his attempt to change Tyson Frizell into a middle forward and his ad hoc method of promoting and demoting wingers every week. The Dragons got rid of Steve Price in 2014 due to poor performance but McGregor’s record is not much better.

In two and a half seasons under Steve Price, the Dragons’ average position on the ladder was roughly 11th.

Under Mary’s five and a half seasons, the Dragons’ average position is tenth.

For a coach with so many questions lingering over the team that he built, McGregor seems remarkably immune to criticism.