When the dream doesn’t come true

There’s nothing better than a fairytale finish.

The 1974 Western Division side that defied the odds and defeated the Penrith Panthers to win the Amco Cup is considered one of the greatest upsets in rugby league history.

Season 2002 saw a Penrith Panthers team finish 12th in the season, managing seven wins, only to come back the next year and win their second premiership after defeating the Roosters in the grand final. The try-saving tackle by Scott Sattler on Todd Byrne is still remembered until this day.

Who could forget the Cinderella story of the Wests Tigers team in 2005, when Tim Sheens took a team of young men including Benji Marshall and Robbie Farah to the pinnacle of the NRL.

Then even more recently when the Catalans Dragons becoming the first non-British team to win the Challenge Cup in its 117-year history when they defeated the Warrington Wolves last year.

But for every fairytale finish, there is always the ending that ends in heartbreak. The Newtown Jets of 1981 that fell short to the Parramatta Eels in the decider. The Warriors’ run in 2002 only to have the ultimate glory taken from them by the Roosters. Parramatta in 2009 and the Cowboys in 2017.

Game 191 of the 2019 season, the second last of the round was perhaps the most important game of the year and one of the biggest for the Wests Tigers in recent memory. It had all the makings of something special – a fairytale ending to the regular season and a chance to make a run in the finals.

The game was built up on the highest of emotions and multiple storylines. Would it be Paul Gallen’s last game? Would Robbie Farah overcome a broken leg and play? Could it finally be the time for the Wests Tigers to break their finals drought? 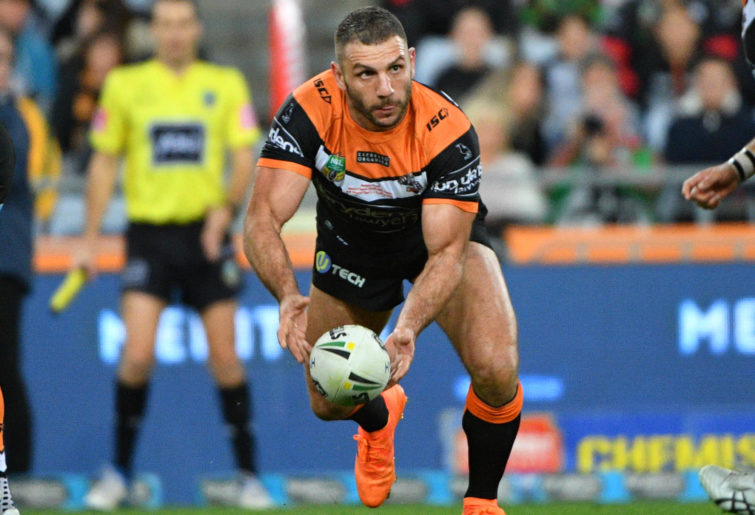 On the day of the game it appeared as if Michael Maguire wasn’t going to play the veteran hooker, but five minutes before kick off an injury to Tigers fullback Corey Thompson meant a change to the team had to be made and in came Robbie Farah to the starting line-up.

It was the kind of drama that you would see in a scripted television show – one of the Wests Tigers’ famous sons overcoming a devastating injury and finding his way into the side to help his beloved Tigers win at the eighth wonder of the world. The scene was set, Robbie and his Tigers playing the roles of the heroes and Gal’s Sharks as the villains looking to spoil the party.

It’s easy to get caught up in the underdog story. During the Cowboys’ run in the 2017 finals, I was cheering them on every moment, hoping they could pull off the impossible.

But at the end of the day rugby league is reality and while the dream fairytale finish at times can come true, that wouldn’t be the case of the Wests Tigers in Round 25, 2019.

With the score 24-4 in favour of the Sharks and a little over 25 minutes remaining, Robbie Farah was finally brought into the game. And as unrealistic as it might’ve seemed, there was still a part in the back of my mind saying what if.

What if Robbie could spark something, what if some Benji brilliance could start one of the greatest comebacks. A try not long after by Luke Garner grew my optimism but it would only be consolation as the Sharks would go on and cement the final spot in the final series.

The fairytale had come to an end. Robbie would now walk off into the sunset and Tigers fans would once again find themselves coming so close in the final round of the regular season.

While it might not be the ending the Tigers fans dreamt of, there are still a lot of positives to take out of the season. Madge has them on path to once again return to the finals and if all goes well they could be in contention next season with an opportunity to make the eight.

Robbie Farah might not have got the cinematic fairytale ending, but he was still able to run onto Leichhardt Oval one last time in front of family and friends. His contributions to the Wests Tigers and rugby league will never be forgotten.

For the Sharks, they sneak into the finals and will be looking to create their own dream ending to replicate 2016. Manly without Tom Trbojevic, Martin Taupau and others will try and defy the odds and turn 2019 into their Cinderella story and a Parramatta Eels side that finished last the season before find themselves back into the finals and looking to do something special.

With the regular season done and dusted and the finals series set to begin, is there a team in the bottom half of the top eight that can do something remarkable and make a run to the grand final and attempt to have their name go down in history as one of the greatest upsets in rugby league?

Why Harry Grant must not stay with Wests Tigers

I’ll cut straight to the chase.

Why Harry Grant must not stay with Wests Tigers

Michael Maguire has blasted his Wests Tigers and accused them of playing for just ten minutes after they were shocked 26-20 by the Warriors.