The Australian selectors should be aware of the history of the Oval before selecting their side for the fifth Ashes Test.

England and Australia in the last ten-plus years always go in to the Oval Test match with four pace bowlers as well as a spinner. That combination has yielded wins nearly every time with the right balance for long bowling spells.

The team batting first has a distinct advantage and if the team bowling first doesn’t have five key bowlers, they are often in deep trouble. The problem gets worse when England bats second, as they often rack up a decent total over 300.

There is a three-day turnaround after Australia bowled the last innings in Manchester. The Australian bowling unit is also exposed, having bowled with three seamers and a potentially injured spinner for close to 200 overs in total at Old Trafford, with only a 42-over break. Nathan Lyon is suspected to have a lacerated finger or some issue with his hand at the very least.

Peter Siddle’s economy rate has been healthy enough at 2.71 but that is with some awful luck in the form of dropped catches off his bowling and near misses. His bowling average could be mid-20s quite easily. Siddle’s bowling in 2015 at the Oval – where he was brought in fresh – was crucial, taking six wickets.

Siddle’s batting average is 26 this series. He is the fourth best Australian batsman. Let’s also not forget his crucial first-innings 44 at Edgbaston to partner Steve Smith. That got Australia back in to the match alongside Smith’s amazing performance. It’s easy to forget what Siddle did in the first Test.

Now, the case for Mitch Marsh. The only place to play him is at Lord’s or the Oval based on his 2015 figures and English form lines of the past. There is quite a collection of fans and experts against him playing for Australia again, and outside of England, they have a point, given his dip in form and repeated chances at Test level. 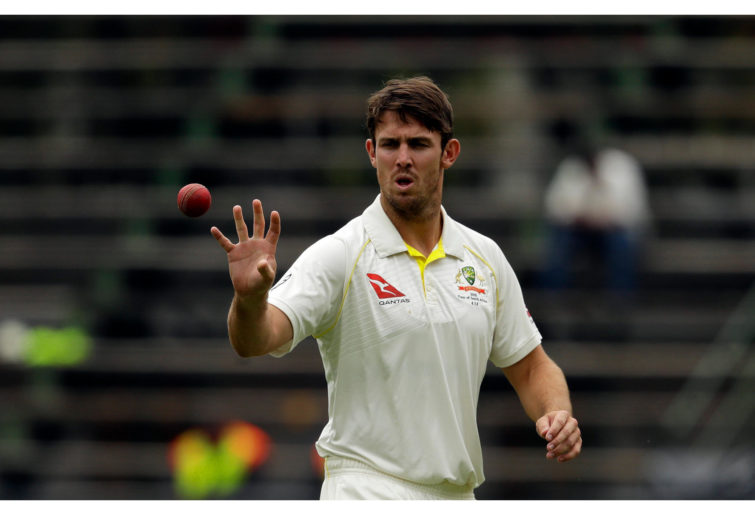 However, we don’t have another all-rounder in the squad and Marsh took five wickets at the Oval in 2015 and key wickets at Lord’s in the same series – both flatter decks. He played poorly on the green tops up north in 2015 but flatter pitches with deeper bowling worked for him and Mitchell Starc. His form has not been so good since then, but this is the last Test match in England and conditions suit the all-rounder.

It is a tactic to rest and rotate the pace bowlers, and variation in the bowling works at the Oval time after time.

I am not confident of what to expect with Marsh’s batting but I’m sure he could contribute on a flat deck despite his recent statistics. He could be worth a shot considering only two Australian batsmen have average above 27 this tour.

We also need bowling depth at the Oval as well as batting depth. If we drop one or both openers, and if Lyon is not fit to play, we will need deeper bowling.

Lyon would be my first choice, of course, but Marnus Labuschagne, Travis Head and Steve Smith can spin the ball in a deep bowling line-up and Marsh may contribute on the flat deck of the Oval.

If we are to play Pat Cummins and Lyon is injured, there is a big case for both Siddle and Marsh to play in a deep bowling line-up. If England bat first and Starc is playing with shorter spells, the bowling is exposed on a flat wicket. Starc bowled well at the Oval in 2015 and 2013, but with deep bowling support. He is still fresh with only one match this tour.

If Usman Khawaja is brought in to open along side Labuschagne, it allows for two vital substitutions by dropping both openers. A batting order shuffle for this sole Test to win the Ashes may be invaluable. There is plenty of time to get the order and openers right back in Australia and beyond.

The Oval may allow the batsmen to shine. Head, Matt Wade and Marsh will get flat conditions to make bigger totals in the middle and Siddle is averaging fourth highest (26) with the bat. Labuschagne and Khawaja have been effectively opening anyway, coming in often in the first few overs.

James Pattinson isn’t far behind Siddle with his batting average and could play if they rest Cummins and Lyon is injured, forming a similar four-seamer and one all-rounder line-up with Labuschagne as back-up. It’s an option.

Siddle can bowl long spells but Marsh may offer some extra batting security and bowling depth and often takes a few key wickets in England if the bowlers tire. Oval scores are huge. The opening batsman haven’t made more than 13 this series in partnership.

The only other call is to recall Cameron Bancroft, who survives an average of 40 deliveries and provides a left and right-hand combination. Other options include bringing both Siddle and Pattinson in if they rest Cummins, but with deeper bowling, Cummins is more protected. Only he knows his own body but his speed dropped off a bit in the last Test.

We have four Tests to go on and the potential to strengthen the batting with a one-off order elevation, which is not really changing the team as Labuschagne, Smith and Khawaja have been effectively opening the batting. Australia can figure out the long-term opening solution when they return home.