Watching footage of Ricky Stuart in the coach’s box at AAMI Park at the weekend prompted some unexpected flashbacks.

They weren’t flashbacks like in the movies, of sounds or scenes. They were intellectual flashbacks, dominated by ideas and emotions and narratives. I was reminded about how much the popular perception of Stuart as a coach has changed since he started in 2002.

He was cranky, innovative, ref-hating, out-of-touch, a perfectionist, passionate, abrasive.

Throughout much of that time critics have suggested he got a rails run from the Raiders because of his standing in the club and from the media because of friendships.

Another man would have been sacked after those first two seasons, many suggested. Yet here he is, perhaps on the way to the club’s first premiership in 25 years.

My point here is simple: coaches are sacked way, way, way more often than they should be. They are now the official release valve of a professional sports franchise that, right now, is not winning. Everyone just nods when a coach is sacked and cuts the club some slack.

But it’s a charade, a routine, a sham. It does stuff-all to improve results.

But, you know, that’s modern life. 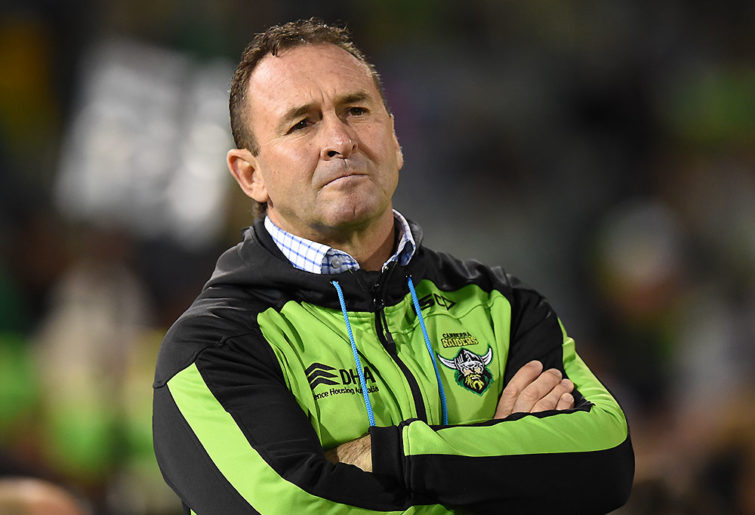 In order to be appointed by an NRL club, you’ve already ticked a helluva lot of boxes. You either played at a very high level (and that’s not really enough in itself to get you a job anymore) or you have coached in juniors, lower grades, England or where-ever and had success.

Logically, very, very few of these men could stuff up so badly in one season – having done all that – to prove conclusively they can’t coach after all.

Anthony Seibold will probably win a premiership for Brisbane if he’s given time.

Former Dragons boss Steve Price can clearly coach – he’s won at Wembley this year. Likewise, the things being said about Paul McGregor right now are similar to the things that were said about Stuart in his early days in the capital. 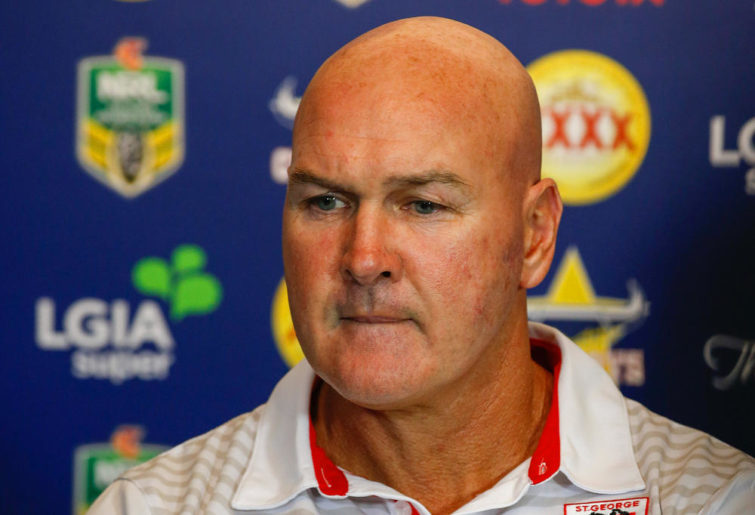 Trent Robinson, Brad Arthur, Craig Bellamy … all long term coaches. Des Hasler is back at Manly, where he had his greatest success. I don’t think that’s a co-incidence.

Coaching an NRL club is such a complex business that surely where you are new to that club, the odds are stacked against you. Bring some of your own staff your odds improve slightly but there are so many moving parts in a modern professional sports club that focusing just on the sport or trying to embrace an understand everything both seem like impractical approaches.

Only in years two, three and even four should we begin to get a feel for whether a coach and a club are going to mesh. By then, many coaches have already been sacked.

This is because of the ravenous beasts that all coaches can hear growling in the night: the owners and board members, the media, the fans with caustic banners and – most significantly today – the players.

Players seem to be just a step away from being able to elect their own coaches. The expression “lost the dressing room” appears more in stories like this than it ever has. It’s cheaper to sack a coach than to sack half a team that doesn’t like him.

Yet a good coach will see entire generations of players come and go. Stuart should carry the clipboard at Bruce Stadium for a decade now.

Sacking coaches greases the wheels of professional sports. It’s questionable that it does anything to improve results, which is the reason that is always given for it.

In that way, it’s one of our most enduring examples of self-delusion.