Richmond’s redemption
After such a devastating end to their 2018 season, the successes of this year so far must have felt just a little bit hollow to Richmond fans.

When you fall at the penultimate hurdle – despite entering finals as flag favourites – there’s a corner of the brain that hums away saying nothing really counts till you get back there again.

That corner rose in volume during the first half on Friday night as, after a fast start, the Tigers slipped to a 21-point deficit at the main break.

The yellow and black faithful must have been wondering how this could possibly happen to them again. I don’t even follow the club, yet was as incredulous as any.

Richmond would go on to kick eight goals to two in the second half, and the rest is history. Last year’s collapse against Collingwood is at least halfway redeemed, but the Tigers will want to go one step further.

Cats deserve credit
At half time I was nervously thinking back to my column after last week’s semi-finals where I said emphatically that Geelong could not, would not win this game.

I said: “I’m utterly certain this side will fail to make the grand final, to say nothing of the premiership.” Not exactly leaving myself a lot of wiggle room there.

While the Cats didn’t ultimately win the match, I must give them a tip of the cap for certainly shaking my confidence in the first half. They were fantastic.

I thought this team might have been content to avoid a straight-sets exit and would limp into this match with any fire in their bellies long since extinguished. I was quite wrong.

The Cats played like a team possessed in the first half, but couldn’t sustain it over four quarters. If they had converted a few more chances before half time, it might have been a very different story.

Tom Lynch fires in finals
Whatever big pay packet Richmond had to offer up to get Tom Lynch to the club, it was worth it. They would not be in the position they are right now without his signature last October – not even close.

In a night where his opposite number Jack Riewoldt struggled to have an impact, Lynch proved the value of recruiting him for the umpteenth time. If one doesn’t get you, the other most likely will.

Richmond’s other standout on the night – and over the course of the season – was another former Sun in Dion Prestia, who had 28 disposals, two goals and three goal assists.

The Tigers paid no small price to land either, but both have paid that back in spades. A model for every other club to follow. 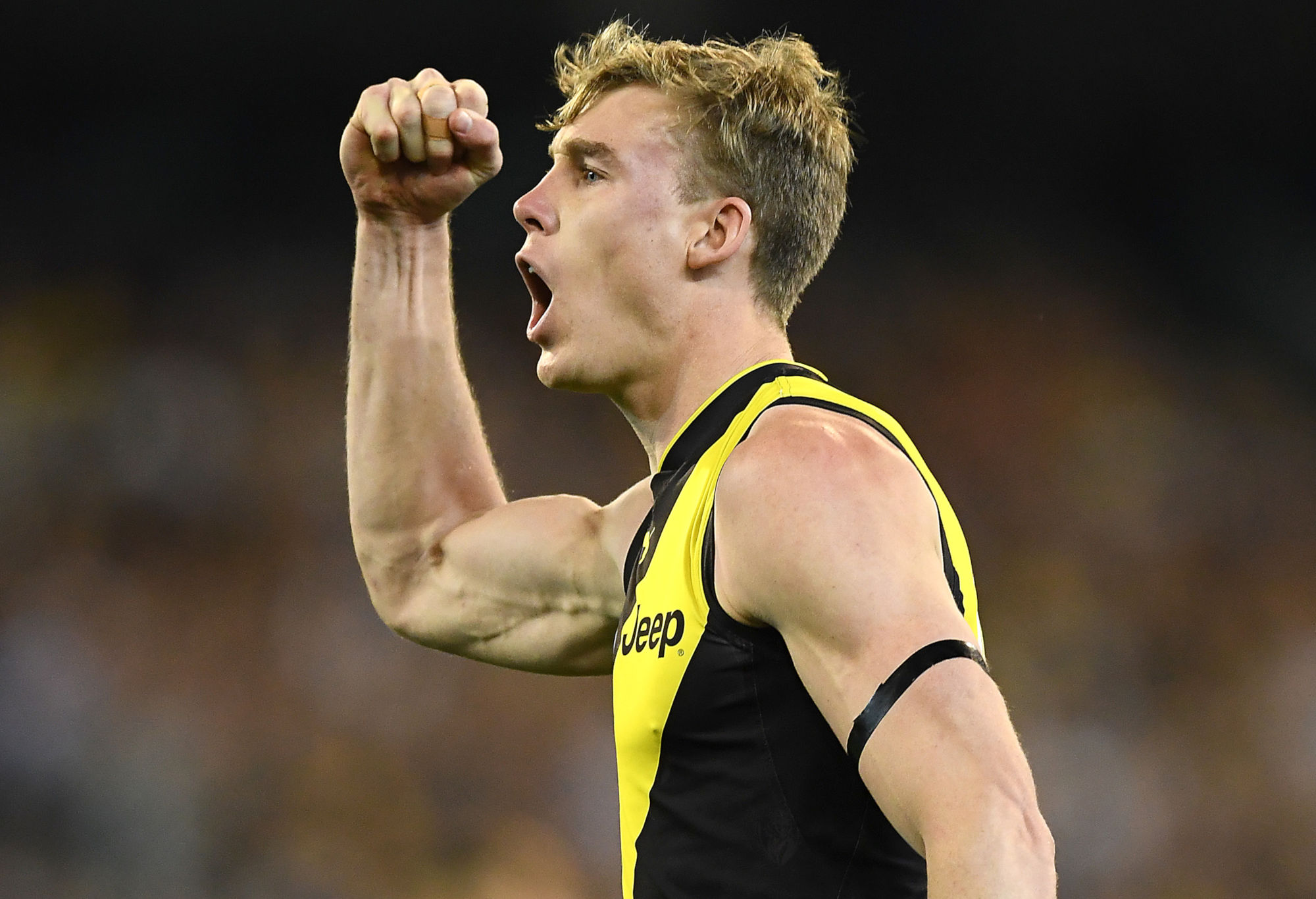 Tim Kelly is worth whatever it costs
If that was Tim Kelly’s last game for the Geelong Cats – and it was – then fans of the club could hardly have asked for anything more.

After solid performances in the two finals leading up to tonight, Kelly simply tore this one to shreds with 31 disposals and three goals to be best afield in a losing side.

It wasn’t enough, but it was close to enough. And there’s a legitimacy which only comes with delivering performances of this calibre in finals that Kelly will now possess.

Those managing affairs at West Coast and Fremantle would’ve been watching with great interest, and you’d expect this performance could be the catalyst for a flurry of activity.

Fremantle must surely do anything and everything to pump up their offer and make it as attractive as possible. West Coast should be looking to get a deal locked away as quickly as possible.

Will Tiger injuries prove telling?
This win has Richmond over the line into the 2019 AFL Grand Final, but will the some of the injuries sustained in the process compromise their ability to win it?

Jack Graham dislocated his shoulder in the first quarter, and remarkably came back on to the ground and played out the game. Nathan Broad suffered a concussion in the third term and didn’t return.

More worrying, but also less clear, were minor knocks suffered by Dustin Martin and Trent Cotchin during the match. Both seemed troubled at times, Cotchin finished with just 14 touches.

This Richmond side is no stranger to dealing with injury and regardless of what happens, I’ve got no doubt any 22 they put on the park will be one capable of bringing home a premiership.

Still, once the euphoria of this victory wears off, expect plenty of attention to fall on the question of which players will get up and which won’t for the big game.