Nothing livens up a World Cup tournament like upsets, and while Fiji were one of the main hopes to produce a surprise in Japan after their stunning win over France last year, few would have expected them to be on the receiving end.

Nonetheless, this is a positive result for the World Cup and the game in general. Fiji has been a long-standing force in rugby and – while Uruguay’s win may be further evidence of the difficulties facing Pacific Island rugby – it is equally a sign of one team’s progress.

Uruguay are in fact the only third tier nation to have won at the tournament – having done so three times in four appearances – previously beating Spain in 1999 and Georgia in 2003. It follows naturally that their wins over the Lelos and Fiji are also the only victories by a third tier nation over a tier two counterpart in World Cup history.

Los Teros have benefited from their close association with neighbours Argentina and involvement in the Americas Rugby Championship – also involving the US, Canada, Chile and Brazil – winning roughly half their games thus far and finishing runner-up to Argentina this year.

In addition to this they have been playing in the Nations Cup, winning the last three installments – beating Fiji B last year in the process – and have also hosted a Fiji XV several times in recent years.

Uruguay’s win over Fiji was perhaps not such a big surprise, in fact. They qualified for the World Cup directly – beating Canada both home and away – and ten of their players are currently on MLR contracts in the US. 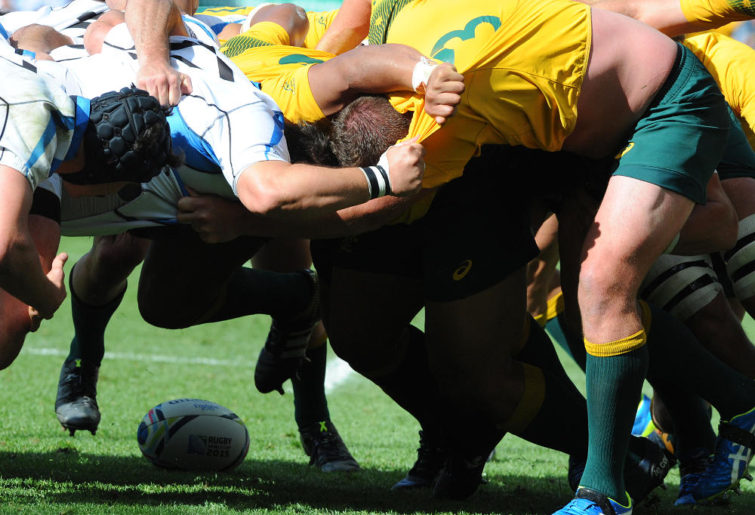 The small nation of 3.5 million actually has the most registered players per capita in the Americas with 9000, ahead of Argentina which has a population of 45 million and just over 100,000 rugby players. Moreover, the South American duo are the only teams at the tournament without any naturalised ‘foreigners’ in their squads.

Uruguayan heroics notwithstanding the tournament has been a little monotonous so far – intended to showpiece the international game and its rivalries, but serving also to parade its foibles.

The six first round match-ups involving tier one and two nations were won by an average score of about 44-12, or an average margin of precisely 32. The closest of them was Australia’s 39-21 victory over Fiji. The heaviest defeat thus far has been Canada’s 48-7 loss to Italy.

That’s in line with the average winning margin for first tier teams against non-tier one teams over the previous eight World Cups, which stands at a fraction over 30. Both the inaugural World Cup in 1987 and the previous installment in 2015 had this margin of difference, as did the 1995, 1999 and 2007 tournaments.

The only deviations were in 1991 when it dipped to 20, 2003 when it soared to 41 and 2011 when it reached 38. One might have expected the biggest differences to occur in the 1990s with the addition of South Africa, transition to professionalism, increased value of tries and expansion to 20 teams. But the major factor appears to be the firmness of grounds, with tournaments in Europe producing significantly closer results than those in Australasia – and more upsets.

2003 was the only World Cup not to produce a single upset of a tier one team by a non-first tier side. All the others have featured either one or two. Of the ten upsets, Pacific Island teams were responsible for nine.