Jordan Petaia will make his long-awaited international debut when the Wallabies play Uruguay this Saturday.

Petaia had been named to make his first appearance for the Wallabies in the lead-up to last year’s Spring Tour match against Italy, only to be a late scratching with injury. He also missed much of the 2019 Super Rugby season with a lisfranc injury after putting in a couple of strong performances to start the year for the Reds.

He’ll become the first Australian to make his Test debut at a World Cup since Berrick Barnes in 2007.

The 19-year-old is one of 13 changes made by Michael Cheika and the Australian selection panel following the 29-25 defeat to Wales on Sunday.

Matt To’omua will make his first start of the tournament after impressing off the bench in the first two matches, although it will be in the no.12 jersey, with Christian Lealiifano returning at flyhalf having missed the Wales match. Nic White is also back in the starting side to complete the return of the halves partnership used in Australia’s first match of the World Cup against Fiji.

Dane Haylett-Petty has been moved from fullback to the wing with Kurtley Beale returning to the no.15 jersey, despite the former’s assured outing from the back against Wales and the latter’s lean run of form. Tevita Kuridrani is set for his first appearance of the tournament at outside centre.

The forward pack is almost entirely different too, with only captain Michael Hooper and prop Allan Alaalatoa keeping their places from the side which ran out against Wales.

Prop James Slipper, blindside flanker Lukhan Salakaia-Loto and lock Adam Coleman have all been promoted from the bench into starting roles, while Folau Fainga’a, Rob Simmons and Jack Dempsey are all set for their first taste of tournament action at prop, second row, and number 8 respectively.

The bench features many of the starting players from the Wales match, with Rory Arnold, David Pocock, Will Genia, James O’Connor and Adam Ashley-Cooper all moving from the first XV to the pine.

Jordan Uelese and Sekope Kepu have both retained their reserve places, while Taniela Tupou will make his first tournament appearance of the bench.

The match against Uruguay will see the Wallabies wear their alternate Indigenous jersey for the first time. The all-green design is a different strip to the one worn by the side against New Zealand in 2017 and England last year. 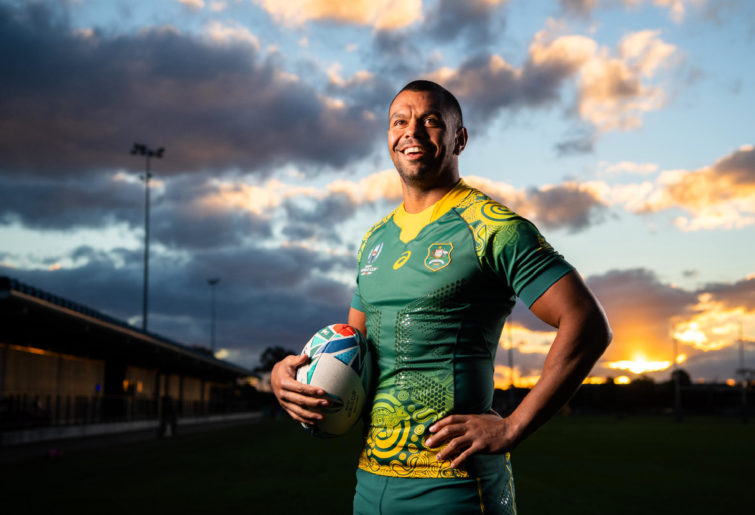 The Wallabies’ match against Uruguay will kick-off at 3:15pm (AEST) in Oita, and you’ll be able to follow all of the action right here on The Roar with our live blog and commentary, video highlights and post-match reaction.