How to make the pool stage mean more

Like you I’m sure, for about the last two years, I’ve been hanging out for the World Cup.

During that time I also completely forget how dull, and more or less meaningless a large number of the pool games can be.

I see it coming a month or two out when I look at the draw, but it doesn’t bother me much when I’m seeing the big games scheduled.

New Zealand versus South Africa on the first weekend anyone? Looking forward to that leaves you little time to think about how unexciting a lot of the other matches look.

But then, since about a week or so ago, reality sets in. There are some meaningful matches between teams with a shot at advancing every week and one or two upsets, like Japan over Ireland and Uruguay over Fiji.

But a lot of the matches are just tuneups for the better sides, or the chance to finish third not fourth, or fourth not fifth in their pool for the Samoas and Namibias of the rugby world.

The post-match conversation is mainly along the lines of why didn’t we – insert the name of whatever top ten ranked nation – beat them by more? It’s rarely much of an appreciation of the progress 11-20-ranked team’s made.

For those teams and their fans there’s little excitement. You might push a good team or even, as Uruguay did, even beat one. But really you know you’re going home before any finals get played.

To make the tournament more worthwhile for the lower ranked teams and their fans we really need a two or even three-tiered competition.

Japan have produced the only surprises of the group stage. (WILLIAM WEST/AFP/Getty Images)

I don’t know exactly how best it would work, but I can see the principles and criteria you’d use to draw it up. Reward the high ranked teams who win with the chance to skip finals.

For instance you could have a two-tier set up: top ten ranked teams in tier one and teams ranked 11-20 in tier two. Within each tier the teams play each other (or at least some of the other teams, maybe four of them).

From there, from tier one the top two could go on to directly play in the semis.

The two survivors go on to a semi against the top two finishers from tier 1. 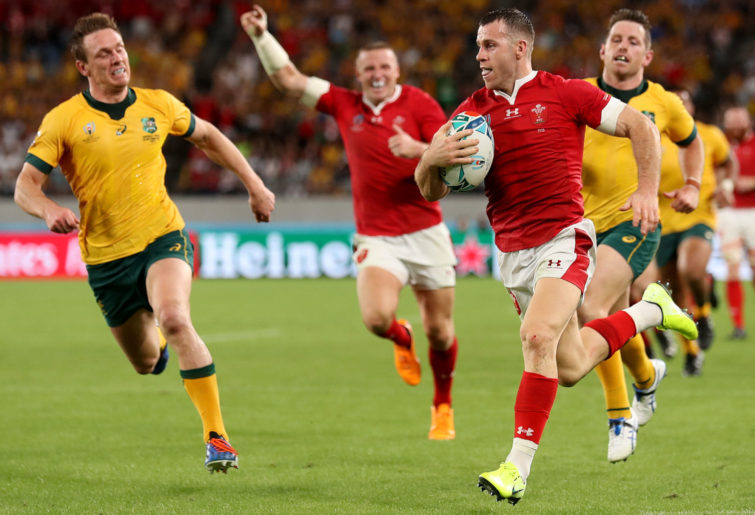 By doing that, or something similar.

A) You’re rewarding the ten top-ranked teams with the chance to skip three rounds of finals if they can finish in the top two. That’s a huge carrot.

B) But you’re also putting them against the toughest competition to get there.

C) You’re giving teams in tier two a real chance to win competitively positioned matches. For instance, wouldn’t Samoa like to prove, by advancing that they really are better than Tonga? Or Namibia that they’re better than any of those NH also-rans like Russia or Georgia?

D) And then of course, when we hit the finals you’re giving the top four from that second tier the chance to prove they can beat the tier one nations.

Then the big upsets aren’t just a shakeup and a wakeup call to the big names. They’re eliminations, where giant killing is actually really giant killing.

The formula I’ve suggested here might not be the best. Maybe it should be tiered or structured a little differently, but something along these lines would restore vitality to most of the matches.

We’d see a more even level of competition throughout the passing weeks and a sense of high stakes to way more of the matches. I doubt this is an original proposal at all, but i think it’s worth thinking through again. And we’ve got four years to get it all set up right.