Marika Koroibete has made a habit of slicing open opposition defences yet the electric Wallabies winger reckons he hasn’t met his own Rugby World Cup targets.

In an ominous warning to England ahead of Saturday’s quarter-final, the former NRL star said he’s searching to make more of an impact, even though most judges would rate him among Australia’s best in Japan.

The 27-year-old scored arguably the individual try of the tournament to date with his sparkling 55-metre solo dash against Georgia.

He left four defenders cold with his footwork and acceleration to light up what had been a dour struggle for the Wallabies, the try mirroring his much-replayed jinking score against Samoa in Sydney last month.

Yet Koroibete said he had set high World Cup standards for himself and he was now turning to the tournament’s knockout phase as a chance to achieve his goals.

“Nobody can play a perfect game but I believe I can play better,” he said.

“In games, I’ve identified times I could have been more involved or taken my chances.

“This game (Georgia) some of my defensive positioning, I wasn’t happy about it. Each game I’m coming up with something negative. Next game I’d like it to be positive.” 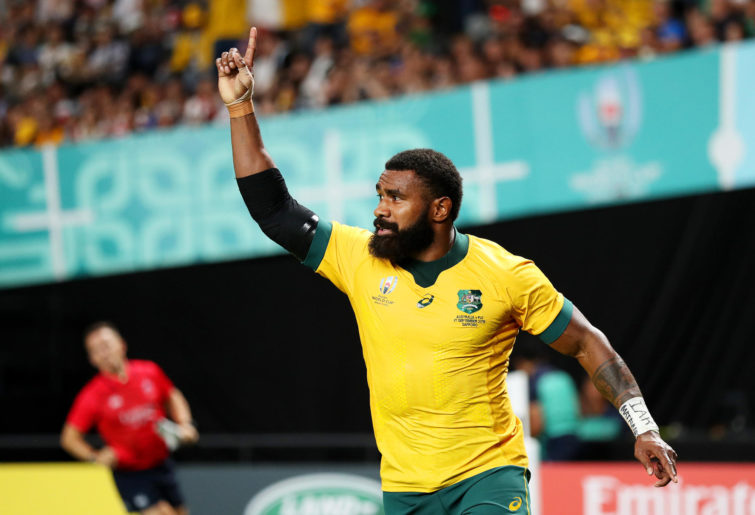 He credits his new-found sharpness on attack to the work of Rugby Australia’s athletic performance expert Dean Benton, who was deep in Eddie Jones’ England squad a year ago.

While securing Benton was a coup, Koroibete knows England remain a potent threat out wide.

He is relishing the chance to possibly run out opposite another Fijian-born star, hulking 21-year-old Bath flyer Joe Cokanasiga, who has bagged seven tries in nine Tests.

“Joe, I don’t know if they’ll pick him but he’s a very talented young fella. I marked him last year. I came off the bench and he’s strong.

“You just have to get in front of them and don’t give them space to run at you.”

They failed to snare the title each time, including a loss to Cronulla in the 2016 grand final.

“(This week) is pretty much the same in the build up for the NRL grand final but this one is a bit more than that,” he said.

“The way I look at it, it’s all over the world and best players around the world compared to the NRL is just around Australia.”

Interim CEO Rob Clarke says Rugby Australia are in discussions with New Zealand, South Africa and Argentina about establishing a hub in Australia for a condensed version of the Rugby Championship competition this year.