“He might be the outright favourite for the role; there may yet be other and better candidates out there. There is plenty of time for the right decision to be made and there’s no need to rush anything.”

That was how I began concluding my retrospective profile on prospective Wallabies coach Dave Rennie just last Tuesday.

Having re-read and re-listened to a 2014 interview with the then Chiefs coach, I knew that he was the type of manager who could make a difference with the Wallabies.

But I wasn’t sure if he was the right man for the job, and to say so one way or the other would have been guesswork.

A week later, the job is his, and it was really interesting – really heartening, even – to hear Rennie speaking in such similar tones yesterday as what he’d said to me in that interview six seasons ago.

“All I can say is everywhere I’ve gone I’ve immersed myself in the community and the culture,” he said on video from Glasgow, after admitting he was OK with the notion of Australian rugby fans wanting the Wallabies coached by a local.

“Hopefully, they’re feeling that way because they care about Aussie rugby,” he said from the Warriors base, where he’ll remain until the end of their Pro14 campaign**.

Kiwi Dave Rennie is the next Wallabies coach. (Photo by Stu Forster/Getty Images)

That ability of Rennie’s to connect with the Australian rugby community and the culture will be crucial, but it’s something I have no doubt he’ll do well.

Rennie is a listener. As a former teacher he’s always about learning. Frustrated that he was being perhaps held back in terms of his coaching development in New Zealand, he accepted the invitation of the Scotland Director of Rugby at the time to take hold of Glasgow, and continue his development overseas.

The Warriors finished top of their conference in Rennie’s first two seasons in charge, and no doubt that was front of Scott Johnson’s mind when he returned home as Australia’s Director of Rugby earlier this year knowing that he would quite likely be tasked with finding a new Wallabies coach.

Rennie was always high on the list, and he admitted that his already healthy connection with Johnson did indeed play a huge part in him accepting the Australian position.

“And so I had a really good working relationship with him here. His role is to do what’s best for Aussie rugby, and so he’s going to make sure that everything we’re doing is in the best interests as well. We support that, I think it’s important.”

It’s a stark contrast to the reluctant tolerance that Michael Cheika conceded he had of working alongside Johnson. Already, it’s clear that Head Coach and Director of Rugby are on the same page, and that can only be a good thing for any overhaul of the game at the professional level.

But then Rennie followed on from his comments about Johnson.

“Raelene Castle made a massive impression on me, sat down with her over a long lunch of about four hours,” he said.

“She really impressed me. Smart, driven; keen for change and really down to earth. I think strong leadership is important for me and to have her and Johnno in there to help drive things was important.”

A four-hour lunch sounds like Rennie has already spent more time with Castle in 2019 than Cheika did. That might be an embellishment, but it speaks for the way Rennie views the Head Coach’s role as being a part of the rugby leadership in Australia, but not at the apex.

It can only be a good thing that Rennie, Johnson, and Castle are already so well aligned.

With Rennie now locked down, Johnson confirmed that the ball was rolling on assistants, which Rennie himself suggesting it was really important a strong Australian flavour is part of his coaching team. Already, a couple of very well-regarded Australians are in the crosshairs, and both enjoy similarly strong connections with Johnson.

“Everyone knows (England attack coach Scott Wisemantel) is a good friend of mine, he’s had success where he’s gone, he’ll be a welcome addition,” the Director of Rugby said.

“(Scotland defence coach Matt Taylor) good mate of mine, worked with him, good skills; he’s certainly on the list. Both are.”

With Rennie not landing in Australia until the end of June and just prior to the Ireland series, Johnson and whichever appointed Wallabies assistants will be shaping the national team’s plans for the first half of next year.

Undoubtedly, Rennie’s confirmation means conversations with potential assistants can be ramped up; you could even imagine Rennie speaking with Wisemantel and Taylor while they’re in relative proximity to each other. Those conversations have probably even started. 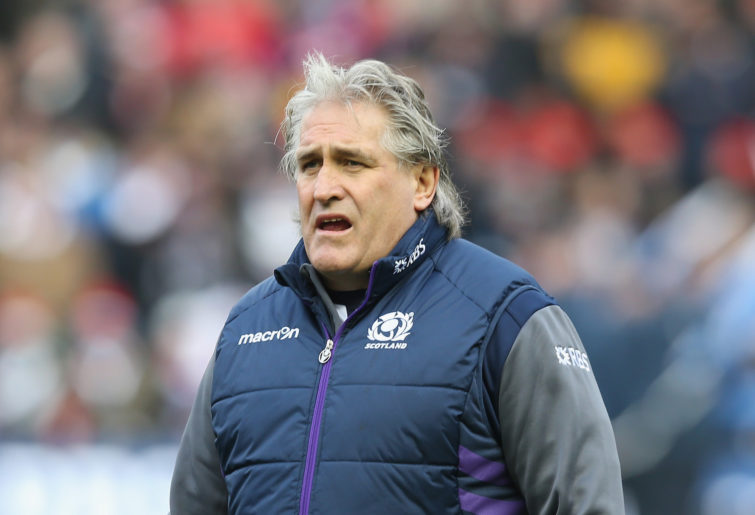 Ultimately, Rugby Australia have got the man they wanted, and now the new era begins. And it really will be a new era; completely new Wallabies hierarchy, very new Super Rugby squads, an exciting batch of Under-20s ready to graduate to professional rugby.

“I guess we’ll be judged by what we do as opposed to what I say now, but I can assure you that I care about the future of Australian rugby,” Rennie said.

“(I’m) going to work really hard to get a strong connection with the Super Rugby coaches and national age grade coaches to ensure we’ve got good young talent through and creating a strong pathway for them.”

The slate has never been cleaner. The new era begins now.

**Glasgow currently sit fourth in Conference A of this season’s Pro14 competition. The top three teams from the two conferences go through to the finals, but the fourth-placed teams in each conference play off for the seventh and final Champions Cup spot.