The Roar's A-League expert tips and predictions: Round 9

The Simpsons’ most notable Scottish character, groundskeeper Willie, encapsulates the panel’s Round 8 A-League tips best with his now famous line, “Ya fooled me Skinner, ya fooled me!”

Victory nabbed all three despite Perth being heavy favourite at AAMI Park, the Jets continued to look far better than many had predicted in season 2019-20 and Adelaide United fell to the Phoenix in a poor result at Coopers.

As such, the panel were fooled. Tom Williamson collapsed in a fiery heap, Mike Tuckerman and the author struggled to just two correct selections, as did the voice of the people. Only Paul Nicholls managed respectability with three from five in what proved a difficult week to predict.

If you were hoping things would look any easier in Round 9, think again. Good luck with your tips and be sure to enter them into the sheet below to have your say in season long Roar.com.au tipping competition.

Here are the thoughts of the panel on the upcoming weekend of action.

Bruno Fornaroli to make a goal-scoring return to AAMI Park? Yes please. Much as I think Melbourne City are a decent side this season, the reality is that they’ve rarely put together a complete performance.

They’ve benefited from a few refereeing decisions going their way too. Not easy to tip against City at home, but I’ll go out on a limb here. 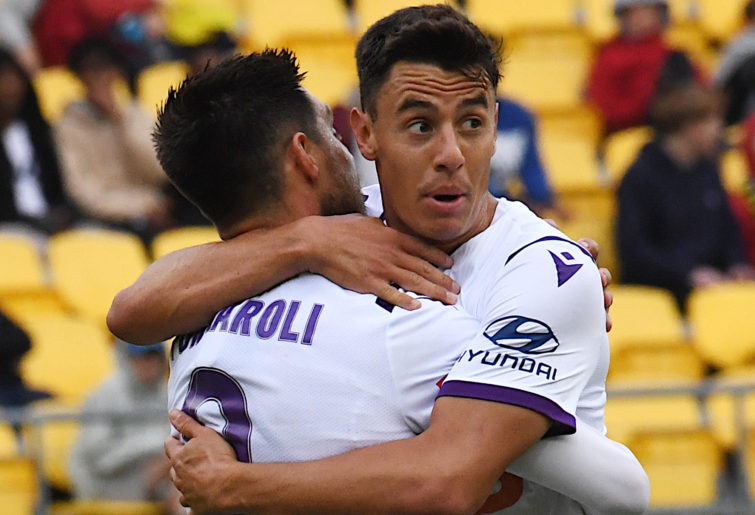 Here’s a thought: what if the Phoenix had been based at Eden Park permanently? Would they get bigger crowds than they do in Wellington?

They’ll be buoyed by their win over Adelaide United last weekend and now that David Ball has got off the mark and Gary Hooper is fit, they should be too strong for the struggling Wanderers in Auckland.

Sydney FC have already lost once to the Brisbane Roar in 2019, but it’s hard to see the Sky Blues make the same mistake again.

Alexander Baumjohann is starting to look like the kind of foreign signing who can turn games on his own, and much as the Roar will turn in a battling performance, expect the hosts to nab all three points.

Two out-of-sorts teams going head to head at an unloved A-League venue? This one’s got Sunday afternoon draw written all over it.

It was Western United’s win over Victory at Docklands that kick-started their season, but they’ve failed to reach any similarly great heights ever since.

What chance Besart Berisha comes back to haunt his old team?

I’m kicking myself for not tipping either Wellington Phoenix or the Newcastle Jets last weekend, because I genuinely thought both teams were due to spring a surprise.

By the logic of tipping tradition, that means I must tip Adelaide United to ‘learn from their mistake’ and take care of business against the Jets. Which probably means a Newcastle win.

Melbourne City will beat Perth Glory at AAMI Park on Friday night because they are a) a better football team and b) full of confidence after a cracking start to the season.

Maclaren will score, Fornaroli will not and City will continue their march towards a Premier’s Plate; an object the Glory will be reluctantly handing over fairly soon.

Wellington will do the business at Eden Park against the Wanderers on Saturday, with the Western Sydney manager appearing to be on his last chance.

It will be a sad way for Markus Babbel to end his time in Australia should the red and black lose again, yet he has done himself no favours with some curt and aggressive commentary around his own team.

The win will move the Phoenix into the six and provide further reason for New Zealand fans to embrace their team.

Sydney, Sydney, Sydney. Oi.Oi.Oi. Three points for the Sky Blues appear assured in their clash with Brisbane Roar at Kogarah.

The northerners are on a roll after two recent wins yet Sydney are looming as an A-League acid test and Robbie Fowler’s men are not quite ready to beat them. Yet.

I’ve thrown a dart at the board to decide the winner of the clash between Western United and Melbourne Victory on Sunday.

It embedded itself on number five; United’s position on the ladder. Seriously, in what looks a tight derby, if there is anything to separate the teams, it is the superior danger of Western United’s front line. Even that is based on potential and this is something of a toss-up.

I’m tipping Adelaide in the final match of the round, based on the logic that after such a promising start to the season, the Reds will not disappoint two weeks in succession.

They were off the pace against the Phoenix last week and will rebound strongly against a Jets’ side that is threatening to build something of a competitive season, despite many doomsday predictions.

The once high-flying Perth Glory now lie at the foot of the A-League table, in prime relegation territory, if there was relegation. Perth face a Melbourne City team that will have more trouble battling the bye hangover than the opposition. Jamie Maclaren to score twice in a comfortable City win.

Wellington have surprised everybody with back to back wins. Nobody gave them a hope against Adelaide but a standout performance from Mexican Ulises Devila helped them to three points.

In contrast the Wanderers were ordinary against Newcastle and if not for gloveman Daniel Lopar, may have received a hiding. The Eden Park “home” advantage will be telling and Phoenix should make it three in a row.

Sydney FC were clinical last week and kept Western United at arm’s length. Pleasing to coach Steve Corica is the form of Alex Baumjohann who has come good after taking a while to adjust.

Brisbane Roar will be more settled with Jamie Young in goals and coach Robbie Fowler might finally have come up with his best combination. However, at Kogarah, the Roar’s pattern of alternate losses and wins is due to continue with another defeat.

Hopefully a decent crowd will turn out to see them take on cross-city rivals Melbourne Victory. Robbie Kruse sparkled last week, taking a huge weight off Ola Toivonen’s shoulders. With a fit Andrew Nabbout joining the line, Victory should get up.

While Newcastle’s Angus Thurgate might be the Port Macquarie Pele, the Reds’ Nikola Mileusnic is the Adelaide Ardiles – and if you don’t know who Ossie Ardiles is kids, google him. This is a tough game to predict but I think Newcastle will pull off an upset. 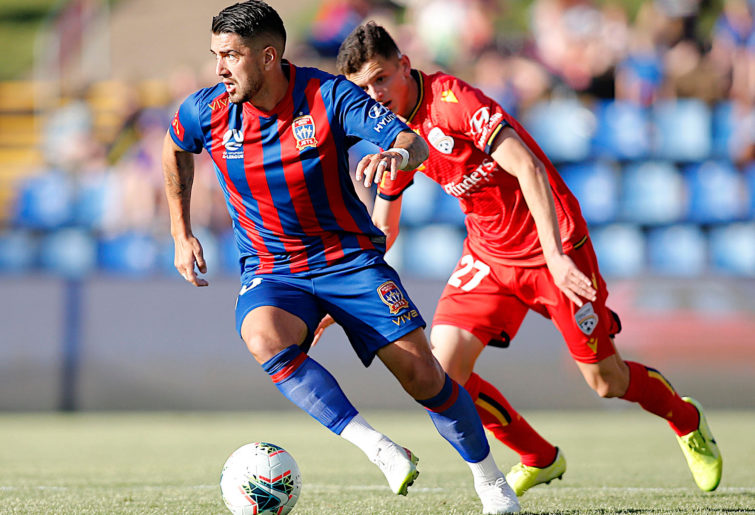 To say my tips last round were shocking would be an understatement, 0/5 leaves me desperate for a strong round here.

The round will open with a City win, it’s a race between them and Sydney so far this season and fresh off the bye, Melbourne will show just how little they miss Bruno Fornaroli with a comprehensive victory over last-placed Perth.

Three weeks ago, Wellington were dead last without a win on the board, looking destined for the wooden spoon. Now, after two wins on the trot, the Nix are making a push for the top 6, and with a win here they’ll slot right in.

Western Sydney are fast losing credibility, and Markus Babbel’s job is in serious danger, I’m predicting a 1-0 Wellington win, and Babbel to get the sack by the end of next week.

Saturday night should be the easiest game of the round to tip, Brisbane can put up all the strong performances they like against teams like Central Coast and even City, but their inconsistency won’t be enough to get over the sky blue powerhouse of Sydney FC.

Steve Corica’s men are looking the goods and they’ll tighten the screws at home, 3-0.

Sunday opens with a Victorian derby that, last time out, posed one of the games of the season. The new boys beating the storied multiple champions Victory in a 3-2 blockbuster.

I’m predicting that by the law of the A-League, this game won’t have nearly as much hype. Both teams are in patchy veins of form and we’ll see them play out a 1-1 draw, although I’d love to see another epic clash.

The last game of the round has Adelaide, who should still feel shell-shocked after their defeat to Wellington, hosting Newcastle who played a well-oiled, strong style of football against Western Sydney last weekend.

I personally love Ernie Merrick’s style of management, and although I think Newcastle will finish in the 6 this season, they won’t get the win against an Adelaide, who need to prove a point after last weekend.

I’m loving this season of the A-League already, with unpredictable results coming left and right. Early on it looks like most teams, on their day, can win.