Mark Taylor used to follow his instincts in throwing the ball to Ricky Ponting or Michael Bevan, and quite often they would produce something for their skipper.

Having a ‘gut feeling’ and following it is simply part of captaincy. The good ones trust it, the one’s who struggle with captaincy trust it less. But you can’t captain a team without having a feel for what is happening.

So when Australia were down 1-0 in the best-of-three finals series against South Africa in the 1997-98 summer in Australia, captain Steve Waugh was under pressure. Adam Gilchrist had batted at No. 6 or No. 7 in his first 16 one-day internationals, but in a failed run chase in the first final at the MCG the keeper-batsman had contributed only 20.

Was it the right move to have promoted him up the order? Could Adam Gilchrist be a success as an opener? A loss in the second final after not even making the finals the previous summer would be extremely poor form for Australia on home soil.

Steve Waugh’s gut instinct was to open with Gilchrist, and after South Africa made 6-228 from their 50 overs, Gilchrist would make his first international century. He made an even 100 off 104 balls. None of South Africa’s excellent pace quartet of Allan Donald, Shaun Pollock, Lance Klusener or Brian McMillan could contain him.

His quick start meant Australia had chased down the South African total with more than eight overs to spare. A 1-1 scoreline would become 2-1 to Australia the next day. Adam Gilchrist had played a big innings when it mattered, in a sudden-death final. It wouldn’t be the last time that would happen.

Fast-forward ahead to the 1999 World Cup final. The World Cup hadn’t seen Adam Gilchrist in the best of form. Pakistan had made only 132 batting first in the final. If they were to have any hope with that score, it would have to come with early wickets.

However, a 36 ball 54 from the Australian put that hope to bed with haste. He dominated the 75-run opening stand with Mark Waugh. The match was over soon after the Sunday roast had settled. Gilchrist and Australia were world champions.

By the time Adam Gilchrist debuted in Test cricket he wasn’t unknown to the cricketing world. He had played 76 one-day internationals, had made five hundreds and won a world cup. However, what was unknown was the immediate impact he would have on Test cricket. 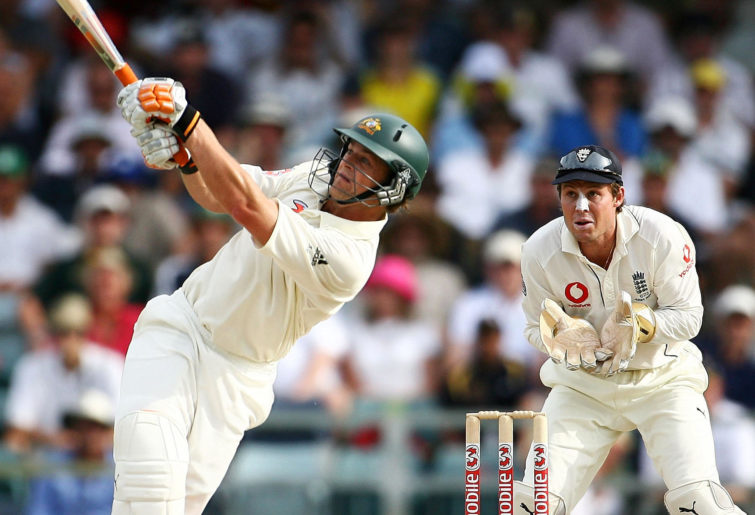 An 81 in his first Test at the Gabba was then followed by one of the great Test knocks of all time. Needing 369 runs to win in the fourth innings, Australia were as good as gone at 5-126. Adam Gilchrist had other ideas.

It could be argued that no keeper before or since could have come up with a winning innings from there. Against Wasim Akram, Waqar Younis, Shoiab Akhtar and Saqlain Mushtaq, Gilchrist’s unbeaten 149 off 163 balls not only gave Australia an unassailable 2-0 lead in that series, but it could be argued the long-lasting effects on Pakistan’s cricket in Australia still linger today.

Instead of going to Perth 1-1 they went to Perth and lost by a big margin and have been losing ever since in Australia. Not even a draw in the next four tours to come. It was the second of 14 straight losses, a Test they got run down in despite taking a huge lead in turning for the straight.

Adam Gilchrist won his first 15 Test matches. No draws, no losses; only wins. He took to Test cricket like seemingly nobody else. Whereas greats like Garfield Sobers and Steve Waugh had to work hard for their breakthrough success, it had come naturally and spectacularly for the Australian keeper. 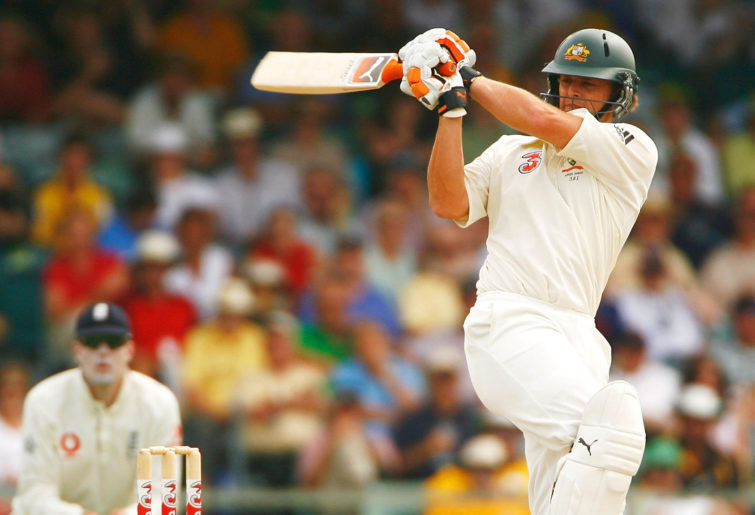 His 15th Test win, coming in at 5-99 in reply to India’s 176, showed how in an even Test he could turn it almost singlehandedly. Sure, he had Matthew Hayden down the other end also batting well, but Gilchrist’s scoring rate was on another level. He made 122 off 112 balls. On a wicket that was taking wickets regularly, he not only made a century but did it at a rate more associated with limited-overs cricket.

To India’s credit, to stop Australia and Gilchrist they had to sort him out. Gilchrist had finally come back to earth after a brilliant start. He made only two runs for the rest of the series. India had stopped him, which helped them stop Australia. Gilchrist’s and Australia’s golden run of wins had ended. Nobody is bulletproof in sport. Adam Gilchrist’s golden start had to end at some point. This was that point.

History shows how Gilchrist responded. In his next Test he made 152* on debut in England. At one point he put on a 50-run partnership with Glenn McGrath for the tenth wicket. McGrath contributed zero. 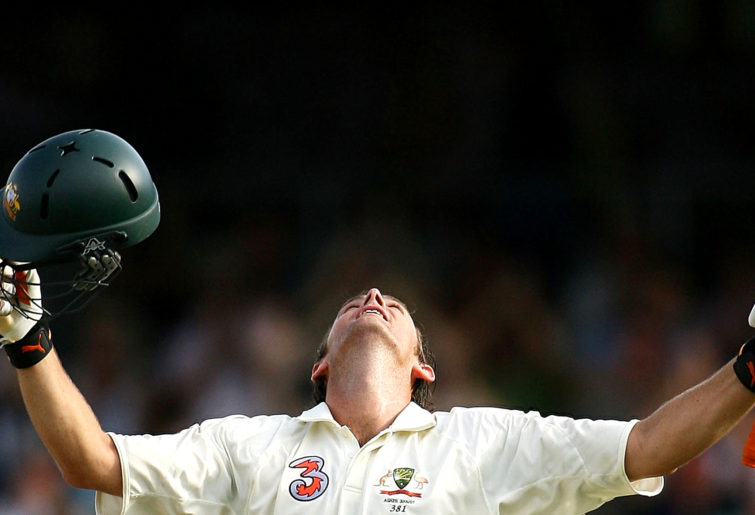 In his first Test in New Zealand he made seven and 59. Against Pakistan in Sri Lanka he made 66. Against the West Indies in the Caribbean it was 77. Against Bangladesh it was 144 on debut. At least a 50 on foreign soil and four of them centuries in his first Test in those countries. To make a century in a Test in India, England and South Africa is considered an achievement in itself. Gilchrist had done so in all three countries and on debut in each case.

By 2003 Adam Gilchrist was part of an Australian one-day team that believed they could not be beaten. Never mind Australia losing one of the greatest bowlers of all time on the eve of the World Cup in Shane Warne to a 12-month suspension for taking a substance on the ban list. That setback was just a bump in the road for that Australian team.

Gilchrist passed 50 four times in ten matches for a top score of 99 in the tournament. Although he made his second 50 in a final, it was the semi-final, when he walked against Sri Lanka, that was largely remembered. Gilchrist’s strike rate of 96 for the tournament helped Australia get off to good starts on a regular basis. He walked away as a World Cup champion for the second time.

One of the highlights of Adam Gilchrist’s career undoubtedly was being the captain that broke the 34-year Test series drought in India. With Ricky Ponting injured, Gilchrist captained the team for the first three Tests of the victorious tour. His century in the first Test once again set the tone for the visitors, who had conquered the mountain Allan Border, Mark Taylor and Steve Waugh had tried to but were unable to conquer.

Gilchrist continued to excite crowds and dominate attacks for the following few years, but his final grand performance on the big stage would come in the 2007 World Cup final.

Already with two world cups and two 50s in finals, his 149 would blow Sri Lanka out of the water and help him to a man-of-the-match performance in the final and his third World Cup trophy. Along with Ricky Ponting and Glenn McGrath, he remains one of only three players to have achieved that feat.

Quite remarkably Adam Gilchrist’s career ended in a similar way to how it began. Having won the first 15 Tests of his career, by the conclusion of the Sydney Test against India in January 2008 he had won 16 straight Tests with Australia. It was a stretch that equalled the world record held by the Steve Waugh-led Australian team.

Following the 16 straight wins Gilchrist played his final two Tests, one at his adopted home ground at the WACA and the final Test of his stellar 96-Test career at the beautiful Adelaide Oval. There were no Gilchrist fireworks, no Gilchrist magical farewell. Just a solid contribution in a final Test draw.

The fireworks had been going on long enough.

Where does Mark Waugh sit in cricket's pantheon?

Mark Waugh has always been a polarisng cricketer.

Where does Mark Waugh sit in cricket's pantheon?