Australia’s Pat Cummins has been bought by Kolkata Knight Riders for $A3.1 million becoming the most expensive overseas player in the IPL history.

The 26-year-old, ranked No.1 in Tests, attracted an intense bidding war between the Virat Kohli-led Royal Challengers Bangalore (RCB) and the Delhi Capitals on Thursday before Kolkata joined in to bag his services for the 2020 edition of the tournament.

Cummins was part of the Kolkata squad in 2014 and 2015 and last played in the tournament for Delhi in 2017. The Mumbai Indians picked him up the following season but he was ruled out with a back injury.

England all-rounder Ben Stokes was the most expensive overseas buy before Cummins when Pune paid 145 million rupees in 2017 while Yuvraj Singh, the hero of India’s 2011 World Cup triumph, got the highest bid for a home-based player of 160 million in 2015 from Delhi.

A total of 62 players were sold at the auction for the 13th edition with the eight franchises spending a total of 1.403 billion rupees.

There was a hefty payday for more Australians with Glenn Maxwell going to Kings XI Punjab for 107.5 million rupees and reigning champions Mumbai paying 80 million rupees for paceman Nathan Coulter-Nile.

Maxwell recently returned to Twenty20 cricket after taking six weeks off from the game to deal with mental health issues and was left out of the Australia squad for next month’s limited-overs tour of India.

South African fast bowler Dale Steyn twice went unsold before his former team Bangalore picked him up in the last leg at his listed price of 20 million. 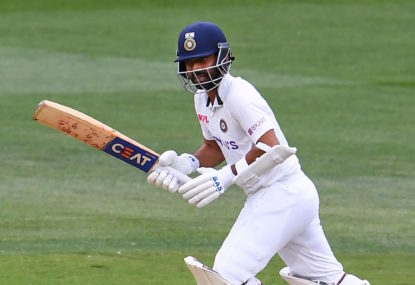