Here is your weekly dose of the good, bad and ugly from around the NHL.

The good – Dubnyk shuts out the flames
What a month it’s been for Minnesota Wild goaltender Devan Dubnyk.

Tuesday saw Dubnyk stonewall the Calgary Flames at home in St Paul to record his first shut-out of the season.

Saving all 22 shots thrown on his net, Dubnyk was flawless as his team rallied to a 3-0 win in front of him to give the netminder some good news in what’s been the month from hell.

“I just tried to come back from the break and just go in and feel confident and be myself,” said Dubnyk.

“It feels good to go out there and do that and just forget everything else and then see where we are at the end of the year.”

While the Wild started the season looking like a slow, aging team destined to have their roster blown up as early as the trade deadline, they have now racked up 28 points since November 14. That is the best record in the NHL during that span.

But the Wild have done it without Devan Dubnyk, whose month from hell has had nothing to do with hockey itself.

After returning home from an early season road trip with the team, Dubnyk walked in on his wife having a medical incident.

“It was pretty scary,” said Dubnyk, speaking to the media upon his return to training earlier in the week.

“I’m glad I was there for it. Someone needs to be around, and we’ve got three kids, so it’s tough. But we’ll figure some stuff out going forward here and try to get back to normal for everybody as soon as we can.”

How quickly hockey is put into perspective. 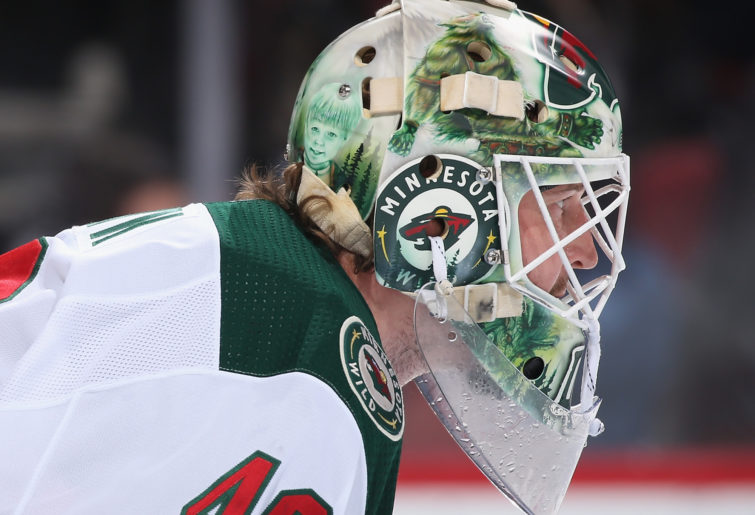 But in Dubnyk’s absence, the Wild have been good. They’ve received solid goaltending from back-up Alex Stalock and a young prospect from their minor league affiliate in Iowa, Kaapo Kahkonen.

With Dubnyk now returning to play his first game at home since stepping away from the team, he looked calm and in control of his game, while the team in front of him delivered offensively.

Goals from Joel Eriksson Ek and Luke Kunin plus an empty netter from veteran Erik Staal made sure of that.

I’ll end this week’s good with a quote from Dubnyk that will hopefully keep hockey in perspective over your Christmas break.

“[Playing hockey] is what you do for a living, and it’s a job but anytime something like this comes up, you realise nothing matters other than your family in the long run,” he said.

“Family is the number one thing that matters.”

The Edmonton Oilers’ modus operandi over a decade has been to draft some insanely talented offensive players, while lack of depth has still seen them miss the playoffs in four out of the last five seasons.

With Connor McDavid and Leon Draisaitl this week becoming the first duo to tally 60 points in 39 games or fewer since Mario Lemieux and Jaromir Jagr did so for the Penguins in 1996-97, their lack of depth has once again been called into question.

So what actually happens if McDavid or Draisaitl have an off night?

That’s what happens when McDavid or Draisaitl have an off night. Talk about an ugly statistic for the Oilers.

McDavid currently sits perched atop the NHL points leader board with 59, closely followed by his line mate Draisaitl, who has 58 of his own. The Oilers as a team, however, are in free fall after losing eight of their last 11 in the month of December alone. They’re left clinging precariously to the third playoff spot in the Pacific.

What is the point of having two of the game’s superstars if the team itself is not elite?

That’s a question that the Buffalo Sabres are also asking. Jack Eichel, who went number two in the 2015 draft behind McDavid, is so dominant for the Sabres that he’s scored at least one point per game since November 16.

That’s over a month’s worth of consistent, offensive production in an underwhelming team.

Meanwhile, we see players like Nathan MacKinnon and Sidney Crosby taking unders on their contracts in order for their respective clubs to build a balanced roster with a chance of winning a cup. In fact, make that three cups in the case of Crosby and the Penguins.

The Oilers certainly have some big roster questions to answer here.

The ugly – Kuemper injury set to hurt Coyotes
After acquiring the 2018 Hart Trophy winning Taylor Hall from the Devils, the Coyotes have gone a steady 2-2-0. But with star goaltender Darcy Kuemper looking at an extended period watching from the press box, the only way is down for the now second-placed side in the Pacific, the Arizona Coyotes.

Darcy Kuemper appears to be in a lot of pain and has gone to the locker room. pic.twitter.com/AZFHbamZRa

Watching that clip, you feel for one of the truly nice guys in the league.

Kuemper suffered what has only been disclosed as a lower body injury in the final minute against the Minnesota Wild in a wild game that ended 8-5 to the visitors. After having shipped eight goals to his former team, who unceremoniously dumped him in a trade for essentially nothing, talk about rubbing salt into the wound.

Back-up Antti Raanta will now slot in between the pipes but with Kuemper’s record good enough for fourth in the NHL with just a 2.17 goals against average, Hall and co have to make sure they’re getting it done by scoring goals at the opposite end.

Taylor Hall scored his first goal for the @ArizonaCoyotes and boy it was a beauty. ???? pic.twitter.com/cXDNWHMUuy

More snipes like this, please. I guess it’s not all ugly in the desert after all.

Australian TV games this week
With all NHL teams off for Wednesday, Thursday and Friday over Christmas, ESPN and Kayo only have the two games this week for us to watch on Aussie TV.