Sydney FC welcome Adelaide United to Jubilee Stadium as they look to go nine games unbeaten to continue their stellar start to this campaign.

Adelaide United also looked bright at the start of the season but have dropped off since talisman Riley McGree has been injured. They have lost three of their last four games and will be looking to jump up the table as they have fallen into fifth place in recent weeks. These sides last met in an entertaining 3-2 win for Sydney FC.

Sydney FC are flying high this week after somehow managing to beat Melbourne City after going a man and goal down before the 25th minute of their last-round encounter. However, they did the impossible and managed to score two goals with ten men while keeping Melbourne City from scoring.

That win means they now are nine points clear of second-placed Melbourne City which is a big lead at this stage of the season. It will be a handy buffer considering they have the Asian Champions League coming up.

In further good news for the club, Paulo Retre has committed for two more years despite apparent interest from rival sides.

Retre is currently filling in Brandon O’Neill’s role of defensive midfielder while the latter is out with injury, and is doing a sublime job considering the pressure he is under to perform. 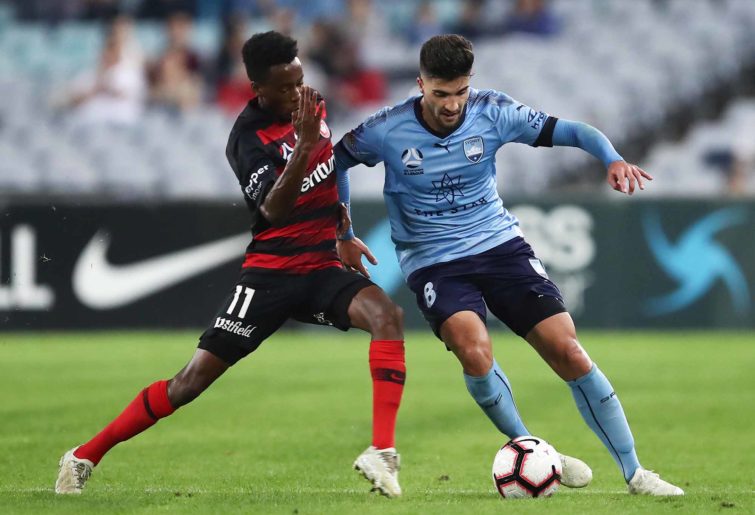 Squad
The Sky Blues are without Trent Buhagiar and Tom Heward-Belle coming into this clash as both have been selected for the Olyroos in their Olympic qualifiers.

But the biggest loss is starting Socceroos right-back Rhyan Grant, who has been suspended for two games following his red card against Melbourne City.

This could open up an opportunity for Harry Van Der Saag to make his A-League debut if Retre stays in midfield. Another option is for Retre to drop back to his more familiar backline position and Anthony Caceres to come in as a holding midfielder, while youngster Ryan Teague is a wildcard option.

Michael Zullo has been included in the extended squad but will most likely start on the bench after a long-awaited return from injury. 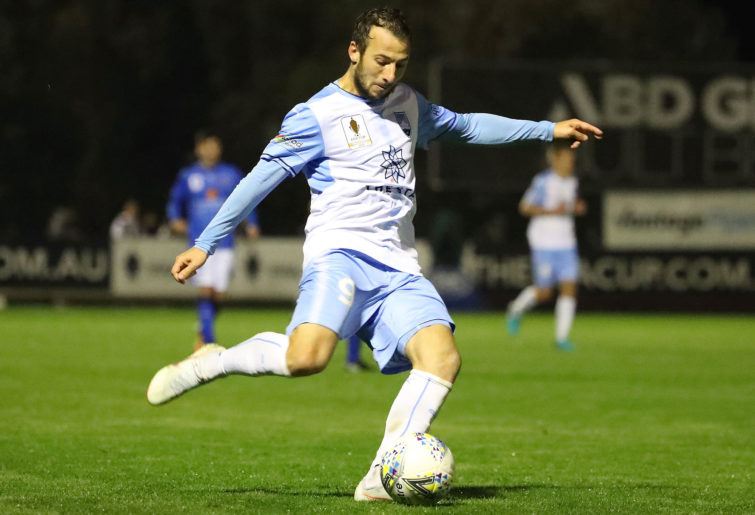 Adelaide United have dropped off in recent weeks, suffering three losses from four and only winning one, narrowly beating Newcastle 2-1.

But there is big news for them as Riley McGree makes his return to the squad after an injury which has kept him out for over a month.

How Adelaide fare with McGree’s influence back in the side will tell us whether the loss of form was mainly to do with him or not.

In terms of goals scored, the Reds currently sit fourth with eighteen. Sydney FC are first with ten more, and in goals conceded sit last with only eleven shipped throughout the season. Adelaide have conceded 16.

Squad
As stated above, United are welcoming back young star McGree. They also have foreign striker Kristian Opseth in the side, and Dakota Ochsenham has been included in the extended squad.

The big blow for Adelaide United is the loss of Al-Hassan Toure to international duty, which could open up a door for Opseth to start up front.

Jordan Elsey will likely make his second start of the season, with the last one also being against Sydney FC in Round 1.

Although Sydney FC are the favourites for this game, don’t put it past Adelaide to grab a point or maybe even three. Another entertaining game between the two awaits: a 2-2 draw.

The Director of Football, Bruce Djite says the manager was unhappy by the portrayal of him in some mid week stories. 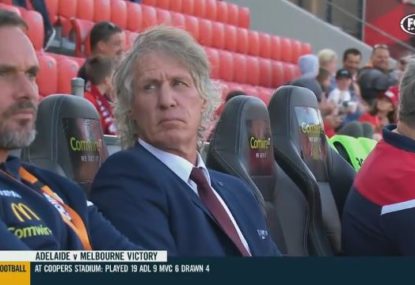