What happened? A-League Round 13

Round 13 was a great round of football to watch. There were plenty of goals, which added to the spectacle for the neutral.

Let’s take a look at what transpired in all five games that took place in Round 13 of the A-League.

Magic moment
Bradden Inman scored an outstanding goal in the 61st minute to make the score 2-1 in the Brisbane Roar’s favour. Inman scored against ten men when Patrick Ziegler was sent off due to being clipped by Roy O’Donovan in the mouth. The fact that O’Donovan received a yellow card would’ve been of little consolation to the Western Sydney Wanderers.

Who stood out from the pack?
Bradden Inman was in a class of his own, scoring what proved to be the decisive goal of the game in the second half.

What went right?
Jack Hingert was playing as a left wing back, while Scott Neville played as a right wing back and scored a goal to make the score one-all. Matt Jurman had a volley brilliantly saved by Jamie Young in the 79th minute.

What went wrong?
Poor defending by the Brisbane Roar to concede early. Nicolai Muller wasted an attack, as he should have crossed the ball, and instead a goal kick eventuated. Jay O’Shea received a yellow card for holding Patrick Ziegler. Mohamed Adam made some intelligent runs, but to no avail. Aaron Amadi-Holloway was forced to come off due to a groin injury that was already an issue. Dylan McGowan missed a header he should have scored from at the end of stoppage time of the first half.

Brad Inman scored an outstanding goal in the 61st minute to make the score 2-1 in the Brisbane Roar’s favour. Mohamed Adam missed a chance to score a headered goal in the 80th minute, heading over the bar. Konstandinos Grozos headed just wide off the goal in second-half stoppage time. Matt Jurman turned the ball over late in the game. 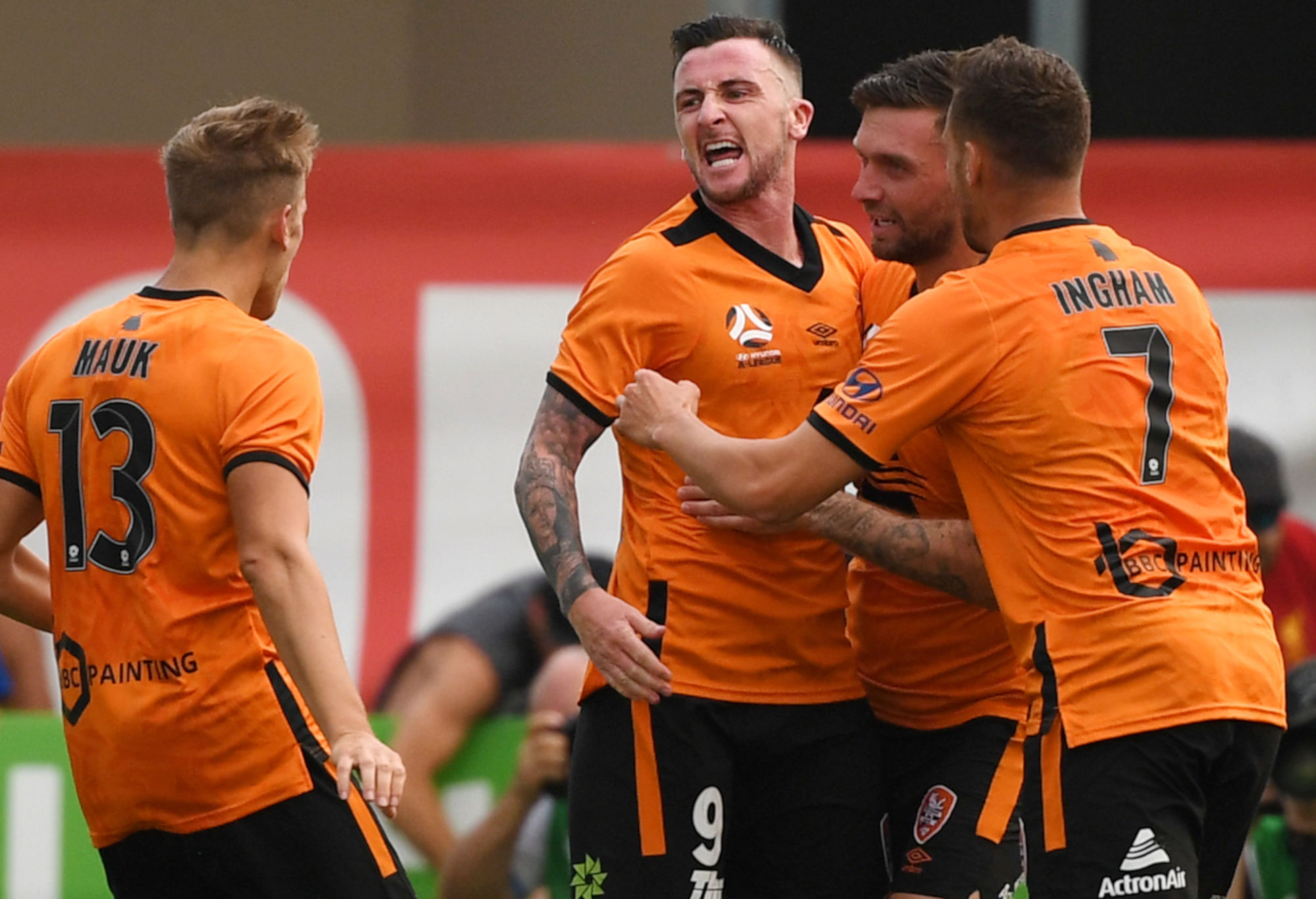 Magic moment
Craig Noone played an exquisite pass to Adrian Luna, who clinically finished off the move by putting the ball into the back of the net with a volley in the 36th minute.

Who stood out from the pack?
Craig Noone was important part of Melbourne City forging a three-goal lead by half-time.

What went right?
Eleven changes to the starting line-ups of both teams combined, in total, which is good from a neutral perspective. Jamie Maclaren should have scored early in the game with a free header from a cross by Craig Noone. He made up for it in the fifth minute with a simple tap in. Craig Noone made it two assists thanks to a good finish by Adrian Luna. Josh Brillante had a shot well saved by Filip Kurto in the second half.

Jamie Maclaren had a shot brilliantly saved from Filip Kurto in the second half. Besart Berisha brought the score back to 3-1 thanks to a penalty given away by Dean Bouzanis. It should have been at least a yellow card to Dean Bouzanis. Shortly afterward Harrison Delbridge conceded a penalty kick and was given a red card.

Alessandro Diamanti made the deficit one goal from the penalty spot. He had a shot well saved by Dean Bouzanis during second half stoppage time.

What went wrong?
Lachie Wales missed a chance to make the score two-nil in Melbourne City’s favour. Jamie Maclaren made it three-nil thanks to a horrible mishap by Filip Kurto. Craig Noone just failed to make it four-nil early in the second half. 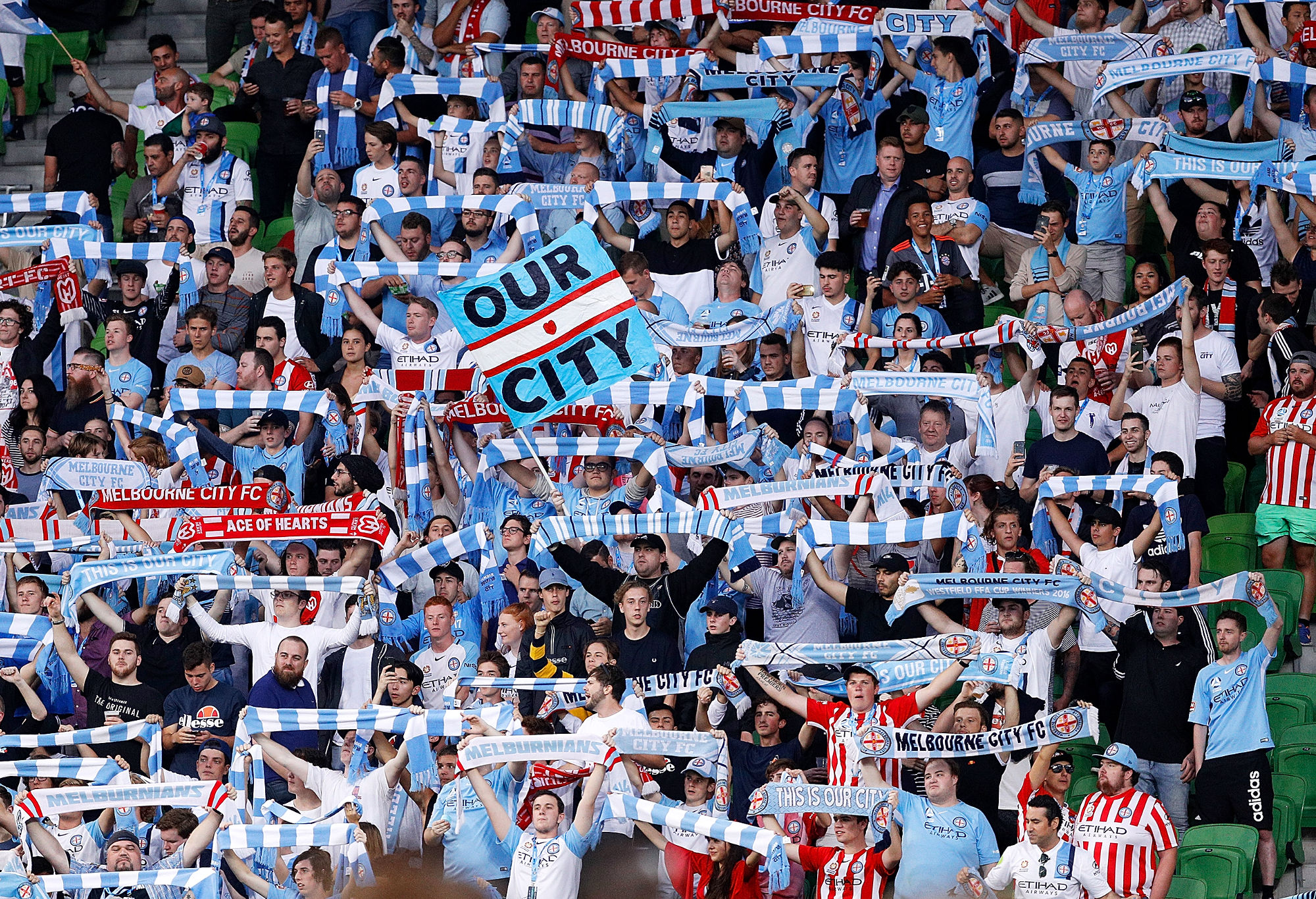 Magic moment
The opening goal of the game was a great-worked score. It was a team goal with some great passing by the Phoenix, with Tim Payne playing a perfect cross that Gary Hooper finished off in the 13th minute.

Who stood out from the pack?
Liberato Cacace made many a marauding run forward for the Wellington Phoenix.

What went wrong?
Giancarlo Gallifuoco had a shot that hit the bar early in the game. Callum McCowatt missed a good chance to score from a header but messed it up in the first half. There was little to watch as far as the Central Coast Mariners impact on the game in the final third early in the game. It’s bewildering Milan Duric wasn’t named in the Central Coast Mariners squad. David Ball missed a good chance set up by Ulises Davila in the 38th minute. Tommy Oar unluckily hit the post from a brilliant strike.

Jack Clisby set up their first goal of the game in near half-time, which ended being an own goal due to Luke DeVere getting a touch on it with his head. Davila shot over the bar early in the second half. Ball had to be substituted off in the 53rd minute. Jaushua Sotirio wasted a chance to score in the 57th minute. Daniel De Silva butchered a chance to score what would’ve been the equalising goal in the 82nd minute. 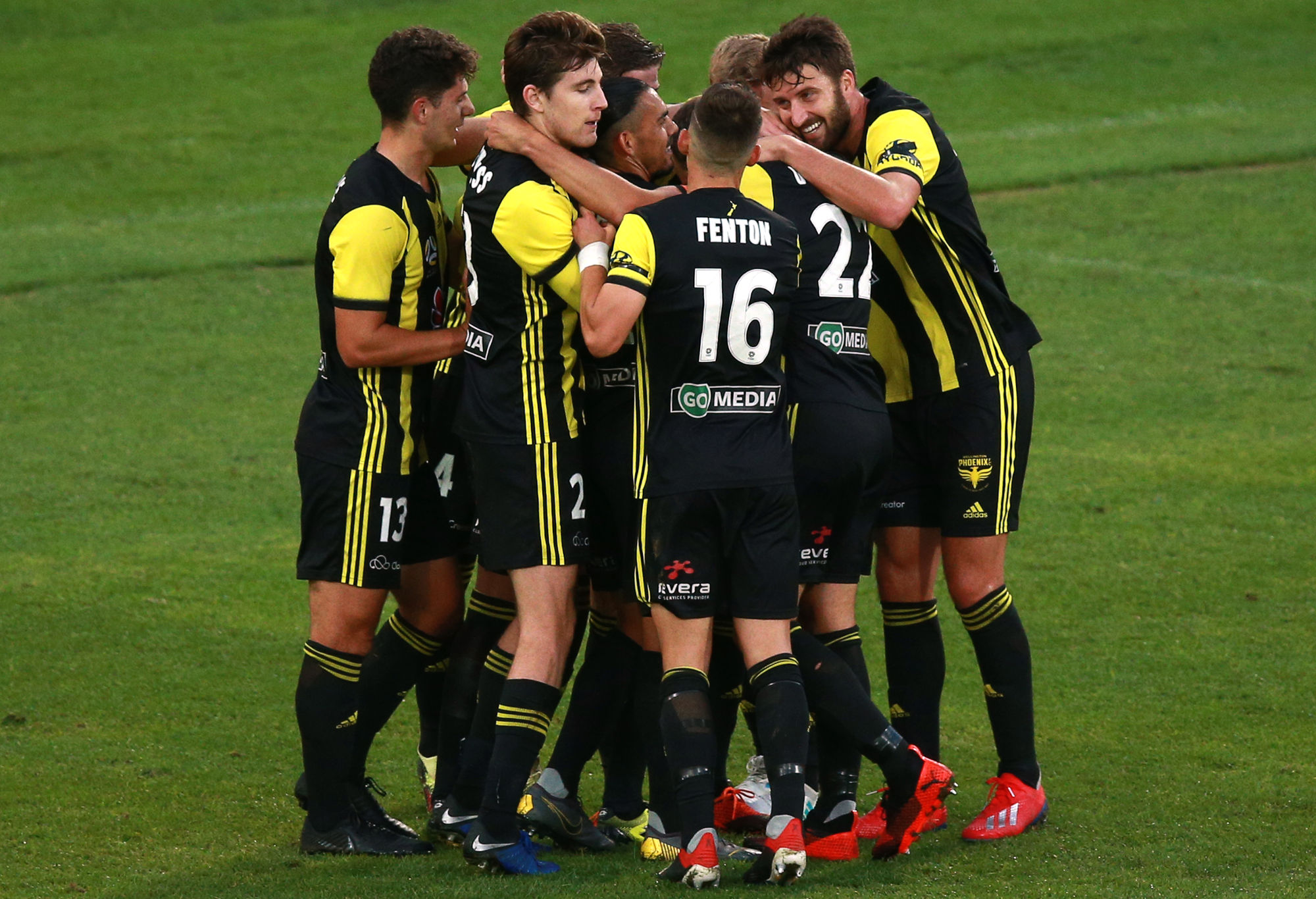 Magic moment
Paulo Retre made it a brace in the 26th minute with a great finish on his left foot.

Who stood out from the pack?
It’s fair to say Sydney FC wouldn’t have won the game without Retre.

What went right?
Luke Brattan had a good shot from distance well saved by Paul Izzo in the 16th minute. Retre broke the deadlock after a good save from Izzo from a header shortly afterwards, in the 21st minute. James Troisi set up a Riley McGree goal in the 39th minute. Kosta Barbarouses had a shot blocked by Michael Jakobsen in the 64th minute. Izzo made a great save in the 88th minute from a shot by Jordi Swibel.

What went wrong?
Ryan Strain hit the post early in the game from distance. George Blackwood was denied a goal because he pushed Ryan McGowan. Somehow the ball didn’t go into the back of the net for Sydney FC in the 19th minute. Jordan Elsey headed well over the bar deep into stoppage time of the first half. He then missed an easy goal in the 68th minute.

Magic moment
Andrew Nabbout scored a great goal in the 64th minute that was astutely set up by Robbie Kruse.

Who stood out from the pack?
Robbie Kruse was at a different level to the other players on the pitch.

What went right?
Melbourne Victory played some quality football early, controlling the balance of play, and managed to move the ball at a high tempo. Dimitri Petratos had a shot well saved by Lawrence Thomas in the 52nd minute, as did Jason Hoffman in the 59th minute. Migjen Basha scored on his 33rd birthday to make the score two-nil in Melbourne Victory’s favour. Josh Hope had a shot well saved by Glenn Moss in the 88th minute.

What went wrong?
Leigh Broxham headed over the bar in the first minute. Newcastle’s defence was poor when they let Robbie Kruse open the scoring in the ninth minute. Poulsen nearly put the ball into his own net shortly afterwards. Bobbie Burns received a yellow card for blocking Kruse. Nabbout butchered an opportunity to score in the 27th minute. Steven Ugarkovic missed a chance to score in the 43rd minute. Matt Millar put the ball into his own net in the 86th minute.

Facts and figures
Remarkably the Jets had slightly more possession than the Melbourne Victory, but the Victory had seven shots on target to the Jets four and won the game comprehensively.

Western Sydney have pulled the trigger on under-fire coach Markus Babbel, axing the German midway through his three-year contract.

Her side won easily over Arsenal, 4-1.

Round 15 of the A-League season has just been completed. Here’s everything you need to know.