It was visible but also a bit subtle because the Lakers shine brighter than most regardless of reality. However, it is irrefutable that it was a slip like this franchise has never experienced.

There were still the bright lights of Hollywood and the celebrity roll-call at Staples. There were also still 16 banners hanging in that same building, displaying the dominance which has made the Lakers the Lakers. On the court though, there was no Lake Show in Tinseltown.

Starting from their inaugural season in 1961, the Lakers had missed the playoffs just four times heading into the 2013-14 season. Between 2013-2019 the Lakers reeled off six straight seasons with no postseason action.

A dramatic fall for a side which expects and demands greatness. In an NBA landscape that was being dictated by the Warriors juggernaut, exorbitant contracts for below-par talent and LeBron James surrounded by shooters, the Lakers were playing catch up for the first time in history.

The Lakers of 2012-13 were supposed to be great. It was typical Laker stuff. In came Dwight Howard and Steve Nash, allowing them to roll out an all-star starting five led by the ageing but still lethal Kobe Bryant. Injuries, front office changes and general chemistry issues derailed this dream.

It just never worked, and they were aptly swept in the first round by eventual Western Conference champions San Antonio Spurs. This Lakers team was a solid outfit, finishing 45-37 despite the troubles. It was a volatile season, but the Lakers would bounce back.

They always did. Except this time they didn’t.

Howard left to Houston, Bryant played just six games as injuries ravaged the team and the Lakers limped to a franchise-worst 27-55 in 2013-14. For the first time in a long time, the Lakers were finding themselves as only a fringe contender in the dynamic free-agent market.

Players were leaving LA and no one was coming the other way.

In the following offseason, Paul Gasol left for Chicago despite being offered a better financial offer to stay and the Lakers shot and missed on a free agent class including Chris Bosh, Carmelo Anthony and the biggest name possible in LeBron James. In its place the Lakers filled the roster with the likes of Jordan Hill, Nick Young and Carlos Boozer.

It just wasn’t the Lakers and the on-court production was a far cry from the years of rings and White House visits. Expectations met reality and Lakers broke the franchise record for losses they had only set a year earlier by falling to 21-61.

In 2015-16 the Lakers completed a three-peat, but not the normal type, setting a franchise record for lowest wins for a third consecutive season with a rotten 17-65 year. The Lakers had absolutely not bounced back.

A couple more seasons of mediocrity followed and this new unimposing Lakers franchise was starting to become the norm. The talent on the list was promising, but the LA Lakers are not about looking promising and a big free-agent signing was always going to be a catalyst for a reset.

Throughout these horrid seasons, the Lakers kept going to the draft with the high picks they earned through poor performance, selecting a talented but not franchise-altering group including Julius Randle, D’Angelo Russell, Larry Nance, Brandon Ingram, Lonzo Ball and Kyle Kuzma via draft-day trade.

Only Kuzma remains on the current roster and is just hanging on. All these players are NBA calibre and many are developing into stars in their own right, unfortunately, most were just victims to the continual lofty ambitions of the NBA’s most storied franchise.

If you aren’t getting it done right now, the Lakers will find someone who will. It took them a little while but they sure found it.

On July 1st 2018, in a simple yet effective Instagram post by Klutch Sports which was a complete contrast to his Miami move, LeBron James announced he was becoming a Laker. It wasn’t going to change overnight, but everyone knew the pendulum had just swung.

The Lakers now had the best player in the world.

The oddity in the off-season that followed was the pieces assembled around LeBron. Careful not to burn out their now prized asset which was six years in the making, the front office surrounded the then 33-year-old James with ball handlers and typical rotation pieces.

Everyone knew this wasn’t the recipe as we have seen enough of LeBron now to know what works. James, ball in hand, shooters spacing the floor and an effective pick and roll partner who can pop out is the basic four-ingredient recipe for one of basketball’s most effective offensive concoctions.

You can complicate it and make it better or worse, but this simple little mixture generally yields results. 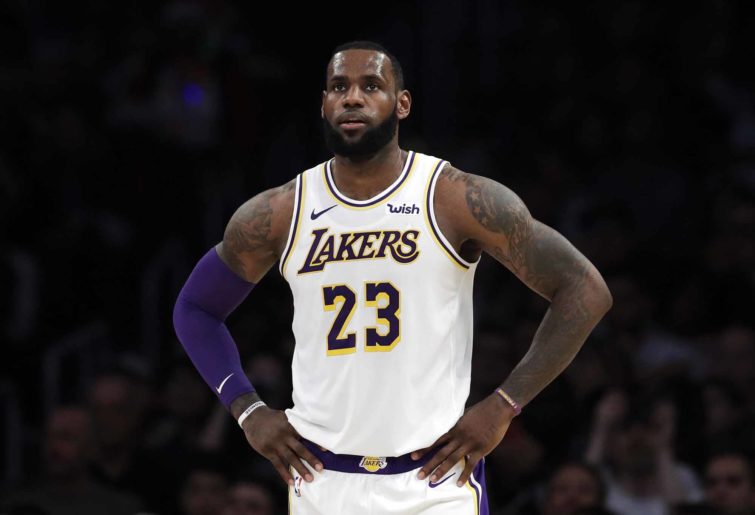 As a result, the 2018-2019 season never really got rolling in LA. There were some plays of beauty and a general feeling of forwards momentum but it all came to a halt when LeBron tweaked a groin during a blow out of Golden State on Christmas Day. LeBron missed 17 consecutive games and never looked quite right.

Amongst all the commotion the franchise unsuccessfully tried to wrench top-ten NBA talent in Anthony Davis from the New Orleans Pelicans. In this process, the entire team was essentially on the market and as egos were popped everywhere the air slowly leaked out of the balloon leaving a dysfunctional and unstable bunch of young players now fully aware their future was out of their hands.

Dramatic change was coming in 2019-20, the Lakers had played their hand and now had to go all in regardless of the obvious risk.

The franchise took a breath, knowing despite the mess of the Davis situation they would get another chance. A few balls bounced their way and the next shot the Lakers took was all net.

The draft lottery gave the Lakers pick four and New Orleans the number one pick, which was always going to be Zion Williamson. This slice of luck for both parties gave the Pelicans a platform to trade Davis and build around a new prodigy and the Lakers a small window to get their man.

The Lakers gave everything they could afford and then some, serving up a package which included Lonzo Ball, Brandon Ingram, Josh Hart and three first-round picks including that 2019 number four pick. The Pelicans took it, grabbed Zion and are now box office TV.

Reflecting on it now, it was a true win-win for both franchises. Those lottery balls allowed the Lakers to accelerate their ascension like they desired. They would havegotthere eventually, but it might have been a bit wavier and less direct.

As we passed halfway through the 2019-20 season, those years of continual decline seem so distant. The 2019-20 Lakers are objectively a very good NBA team. Through 52 games the Lakers equal second in offensive rating and fifth in defensive rating in official NBA stats.

LeBron James currently leads the league in assists (10.7) for this first time in his career and Anthony Davis has fit in seamlessly, maintaining his own strong numbers while sitting fourth in player efficiency rating (PER).

The Lakers are sitting top of the west and are looking comfortable in their new but familiar environment. After putting together a strange roster the year prior, the Lakers got it mostly right this year and are once again serving up NBA excellency.

After six years in NBA wilderness, the 2019-2020 Lakers are finally what we and themselves expect from the yellow and purple. Superstars, flashy moments, a legitimate contender and a challenger for any buyout market or valued free agent. The Lakers are back in the game.

I have missed plenty of factors in here which could be studied in more detail and give further insight to the decline and subsequent rise. The death of Jerry Buss, Kobe Bryant’s Achilles and retirement and the whole Magic Johnson president saga all impacted the turn of events.

However, at this point, it doesn’t really matter.

As LeBron rose and rocked the baby on a reserve double-clutch slam against Houston last Friday, mimicking the same Kobe dunk from 19 years earlier, “Showtime” felt officially back. That dunk was visible everywhere and is instantly an iconic image.

And as the Lakers blew out the Phoenix Suns yesterday with everyone getting a solid rest, the usual standard of excellence was back as the Lakers improved to 40-12. Three games clear on top of the west as we approach All-Star weekend.

It was inevitable that the Lakers were going to come back, I mean, it’s the Lakers. Winning is what they do. However, they have come harder than many predicted and seemingly did so overnight.

So just like that, the Lakers have returned. The NBA is once again on notice – stop them now or watch more banners get hung just like every generation before.

The NBA is normal again – it’s a Lake Show in LA.