Here’s how Round 4 of the Super League unfolded.

Castleford’s 14th straight win over Trinity followed a see-sawing first half, which saw a try from former Storm three-quarter Cheyse Blair off a clever grubber from hooker Paul McShane to help reel in an early advantage for Trinity. Wakey hit back soon after with a gravity-defying touchdown just inside the corner post to winger Tom Johnstone.

Despite taking a one-point lead into the sheds, Wakefield couldn’t replicate last week’s second-half dominance against Warrington, with lapses in discipline proving costly. Trinity suffered two second-half sin-binnings on the way to conceding 13 penalties for the match.

This proved too much of a hurdle, as Castleford piled on a further three tries, including one to Derrell Olpherts off a delightful offload from ex-Knight Peter Mata’utia, to position themselves near the top of the ladder with a three-and-one winning start to the season.

Huddersfield continue to defy expectations
Huddersfield claimed top place on the ladder with a 22-4 win over Hull KR. Largely written off before the season, the Giants have now recorded their third straight victory, built off the back of a stingy defensive line that has let in fewer than nine points a game.

Hull KR would have been looking to start the match on the front foot after being blitzed at Leeds in their previous outing, but found themselves behind after only three minutes thanks to a Louis Senior try. The night didn’t get much better for the Robins, who didn’t trouble the scorers until the 69th minute, when Ben Crooks got over the line for his sixth try in four games.

The Giants will now be looking to prove their mettle with upcoming fixtures against heavyweights Wigan and St Helens. Meanwhile, Hull KR will need to go back to the drawing board and tighten up a few areas, with the side leading the league for penalties conceded (39), missed tackles (178) and averaging over 11 errors a game. 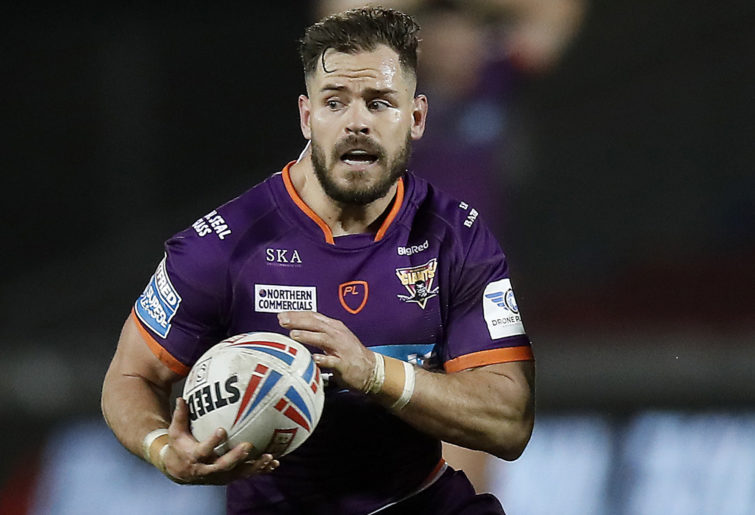 Aidan Sezer has made a fast start to life in the Super League at the Giants. (Photo by Martin Rickett/PA Images via Getty Images)

Leeds subdue Salford with second-half onslaught
Salford continue to struggle to reach the heights of last season, going down to Leeds at home 22-8. The Red Devils took an early lead through tries to Niall Evalds and Tui Lolohea as the Rhinos struggled for traction.

However, Salford were already up against it after losing first-choice half Kevin Brown to suspension and prop Adam Walker parting ways with the club just prior to the match, which was then compounded with injuries during the first half to Krisnan Inu and Luke Yates.

The pendulum eventually began to swing back to Leeds, as the Rhinos put themselves back in the contest with a four-pointer to Luke Gale on the stroke of half time after Brad Dwyer split open the defence with some crafty dummy-half running.

Leeds took control of proceedings in the second half, adding quickfire tries in the 50th and 53rd minutes, with ex-Manly and Knights forward Adam Cuthbertson turning provider with a try assist for the latter four-pointer. Things could get worse for Salford with coach Ian Watson in hot water over a few choice words about the officialdom in his post-match comments.

The Wolfpack will once again be left to rue their tendency to drop off during matches, as Warrington raced out of the blocks to post a 16-0 lead, with Gareth Widdop posting his first try in the Super League for Warrington’s second.

Cue the Wolfpack fightback – the evergreen Jon Wilkin got Toronto on the board in the 32nd minute, which kick-started a run of 22 points in just 25 minutes. However, with the scores locked at 22-all, the momentum swung back to Warrington courtesy of a couple of Stefan Ratchford penalty goals and a late try to Ben Murdoch-Masila to put the result beyond doubt.

The loss won’t be made much easier for the Wolfpack to swallow with Brian MacDermott’s side crossing Warrington’s line a further three times but were unable to ground the ball on each occasion. Another tough encounter against St Helens next week awaits a Wolfpack side desperate for their first two competition points of the campaign. 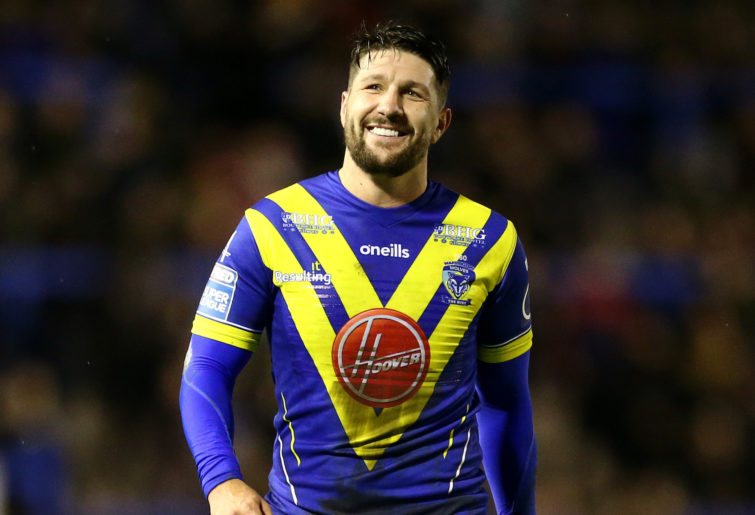 Cream rises to the top as Wigan cast aside early pace-setters
Hull FC had been setting the pace for the early rounds of the season before succumbing to a second-half St Helens blitz last week. Following up with a trip to Wigan is never an easy ask, even without missing six regular starters through injuries and suspension, and it proved a bridge too far with Wigan taking a 26-12 win.

Wigan struck early through a try to former Eel Bevan French with Manly castaway Jackson Hastings also playing a hand in the lead-up. Hull worked their way back into the game and were eventually rewarded with a length-of-the-field try to Adam Swift off a Josh Griffin intercept, with Wigan taking a modest 10-8 lead into the break.

The Warriors started the second half much like the first, posting an early touchdown to Dom Manfredi off a cut-out ball from French. From there, Wigan never looked back, and Hastings rounded out the victory with a try of his own.

Wigan once again built their win on some staunch defence, having leaked no more than two tries a game so far this season. Meanwhile, Hull will be hoping for some reinforcements to help get their season back on track next week against Catalans.

Expat update
Former Raider Aidan Sezer kept up his solid start to the season, chiming in with two try assists in Huddersfield’s win over Hull KR to give him five for the season.

This puts him one behind ex-Manly utility Jackson Hastings, who continues to push for a second straight Man of Steel award as he clocked up his first try of the season in another solid showing against Hull FC.

Bevan French also returned some solid numbers for Wigan, with a try assist, four offloads, eight tackle busts and 138 running metres capped off with his fourth meat pie of the season.

Tui Lolohea’s Saturday afternoon didn’t go to plan in Salford’s loss to Leeds. However, he deserves a mention for his bustling try, doing his best Carl Webb impression as he steamrolled over the top of four defenders to plant the ball over the stripe after opting to run the ball on the last.

Meanwhile, Sonny Bill Williams showed he hasn’t forgotten how to prove a handful for rugby league defences as he threw nine offloads in the Wolfpack’s loss at Warrington.

Ex-Shark Ricky Leutele is giving the Wolfpack some first-rate go-foward as well, having now racked up a league-leading 543 running metres at 136 a game.

Player to watch
Tom Johnstone brushed off a couple of injury-plagued seasons with his freakish dive over in the corner for Wakefield Trinity on Friday.

Although he may be a fair way off eclipsing Ken Irvine’s try-scoring feats, 68 tries in just 81 games isn’t a bad start, and the fact that he’s been doing it for perennial battlers Wakefield Trinity (also pretty Irvine-esque) makes it all the more impressive.