Coronavirus is an opportunity to fall in love with sport again

Like the rest of the sporting world, I am following the developments of the Covid-19 pandemic with shock and awe.

It is truly an unprecedented situation, developing day by day and hour by hour. It is one that is defined by the so many unknowns associated with it. How will it affect seasons? Will there be fans in the stadiums? Will the Olympics even happen?

These questions were unthinkable a matter of weeks ago. It is now a new reality, a scary reality, a real reality.

It’s clear that sporting bodies are responding with differing amounts of pro-activeness. The NBA, following the positive testing of Utah Jazz all-star Rudy Gobert, has suspended the league indefinitely. The Grand Prix in Melbourne has also been cancelled, per reports overnight.

It is clear that for the first time since World War Two, widespread cancellations of sporting seasons and events seem inevitable. Organisations such as the AFL and the NRL are following the advice of medical experts, fully aware of the commercial impacts any suspension would have.

Like a mirror to society, the coronavirus will have a severe economic and social impact on the sporting industry. Not only will postponements of this nature affect thousands of game-day casual employees that rely on big sporting events to pay their bills, but it will also result in a different kind of isolation. Sport brings people together, whether that’s at the pub, on game day, or watching a live stream. Without sport, for many people there will be a hole in their lives. 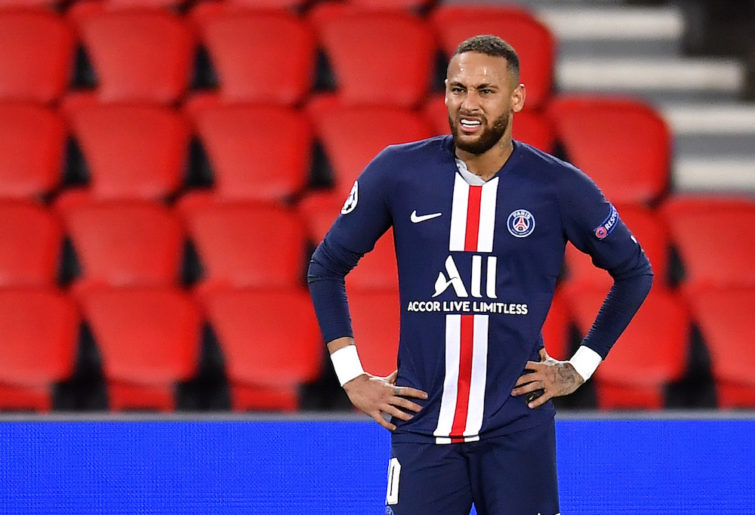 Empty stands will be a more common sight as the coronavirus pandemic continues. (Photo by Aurelien Meunier – PSG/PSG via Getty Images)

I am of course disappointed at the cancellation of many of the sporting contests I love – in particular, the NBA’s regular season, which I am an avid League Pass follower. Narratives and storylines that were starting to come together will be halted. Veterans playing their last season in a distinguished career won’t have the opportunity to dictate their last game. Players won’t get a stage to showcase their talents and fans won’t get to see their heroes in action.

It pales in comparison to the lives at stake in this crisis, but it is devastating in its own way.

The virus does point to some of the issues bubbling in the sporting industry at the moment. Rightly or wrongly, there is an over-saturation of sport in our calendars. Sport is now simply a money-making business – one where administrators squeeze their athletes to play in more games, in more cities, and in shorter time frames.

Athletes are more burnt out than ever, injuries are becoming more common and severe. This over-saturation has contributed to declining attendance, especially at the Big Bash over the summer. It has meant Australia, in the peak of its cricketing summer, has played ODIs in India. It has meant that during Australian Open qualifying, tennis players were forced to play in crippling heat and smoke. In many cases, money has overtaken sense as the motive behind decisions in the sports world.

Maybe this pandemic gives us an opportunity. Maybe it was overdue that we take a breath? A forced breath at that.

There will be more fixture cancellations in the coming days and weeks with this virus. Uncertainty pervades the current mood in sporting circles, especially the Olympics happening in four months’ time. These will be economically destructive and catastrophic for the most vulnerable workers in our sporting industry. These consequences despite being unavoidable, are deeply worrying.

But also, it will give us the opportunity to hit the reset button. This break from sport could give us the opportunity to sort our priorities. Do we want our sporting organisations to be so commercially driven to the point of running sporting events when pandemics are threatening the livelihoods of our communities? Or do we want to start bringing sport to the reason we all fell in love with it? That addictive pull of kicking the footy, or the first time we heard willow on leather in the nets.

Sport is always going to be defined by its money-making capacity. This is not a bad thing in itself, but it has meant we’ve lost the real passion behind sport. The contest itself, the drama, the spectacle, the occasion, the banter, the history.

This virus might be the starting point of reclaiming that.

There’s a nice little meeting at HQ this week where I’ve decided to start late with Race 5 (you’d think I have an AM golf game). While I like the favourite in the Highway, I’m very keen on a couple later in the afternoon so I have saved my pesos for a tilt after lunch. […] 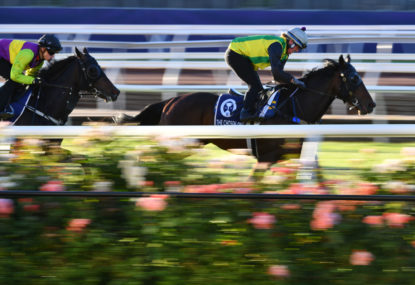