However, the ’70s came and went with its glam rock, mutton-chop sideburns, flared pants and a 99 per cent “Best of British” football diet.

Enter the ’80s, and probably the biggest influence on the game in this country. A brand new TV channel was introduced to Australian broadcasting and was known in its infancy as Channel 0, or 0/28.

Of course, the channel would eventually become SBS but in those early days, there was much hand-wringing and teeth-gnashing just to get the right signal, as we were introduced to things like UHF, VHF and how to point the aerial in the right direction.

We also learned the importance of buying a signal booster, and a myriad of other painful things young football fanatics put their parents through just to get reception.

All this was done to ensure that we could clearly watch the 1980 National Soccer League grand final, played between Sydney City and Melbourne’s Heidelberg United.

The game was broadcast live on Channel 0 from neutral Bruce Stadium in Canberra, the presenter was an urbane, well-spoken gent by the name of Les Murray, and Heidelberg won the match 4-0 against a Sydney City team that probably didn’t know why they needed to be there, given they had been awarded the NSL title for finishing first a couple of weeks previously.

Football is by far the largest participant sport in the country, but what is also true is that there is a drop-off in participant numbers in the 15-20 year age bracket.

Just how much that drop-off was arrested by the introduction of 0/28-SBS could be debated but for this teenager, there was now a whole new world thanks to the multicultural broadcaster.

Firstly, the channel took over the broadcasting of the National Soccer League and gave it viewable timeslots. I may well have been one of the only people in my high school to watch the league, given its suburban status of a rugby league stronghold, and the oft-heard slur that it was a “wogs” game, or, as Johnny Warren famously called his autobiography decades later, a game for Sheilas, Wogs and Poofters.

Like many, I endured the slurs and became familiar with names such as John Kosmina, ‘Jinky’ Joe Watson, Peter Katholos, Marshal Soper, Ian Gray, Mark Jankovic, Dez Marton and Mark Koussas, just to name a few.

Over the course of the years, I was privileged enough to play with and against most of those names, and was coached by at least two of them. And I saw all of them first on SBS. There were three names most closely associated with SBS and their coverage of football – the aforementioned Johnny Warren and Les Murray, as well as the livewire Andy Paschalidis. They were the “three amigos” of football coverage, and while their styles differed, their passion for the game was abundantly clear. Paschalidis joked that “SBS” was coined “Soccer Bloody Soccer” and “Sex Before Soccer” among the three of them – the latter a reference to SBS’s programming of sub-titled European movies that showed eye-popping (for the time) amounts of naked flesh. There was more than one reason for a teenage boy to watch the channel.

While SBS’s coverage of the local game was vital, a ground-breaking new show would suddenly make us football tragics raised on a diet of muddy kick-and-rush English football sit up and take notice.

World Soccer debuted in the early ’80s and it was like having a veil lifted to a football smorgasbord. One of my earliest memories of World Soccer was watching Argentinean club Boca Juniors play at La Bombonera with a stocky, curly-haired magician in trademark Puma football boots and the famous blue and gold Boca kit mesmerising the opposition and sending the rabidly fanatical crowd into raptures.

And thus Australia was introduced to Diego Armando Maradona.

It was unlike anything I’d ever seen. The ground was showered in confetti and streamers, some of the South American grounds were surrounded by a moat, and the crowd passion was earth-shaking, even through the TV. A football diet of meat and three veg was now supplemented by churrasco, empanada and choripan. 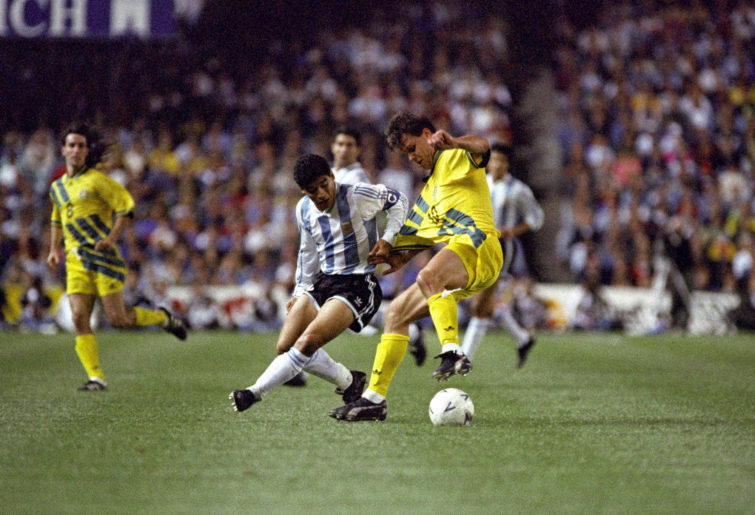 World Soccer also focused on European competitions that had hitherto been mentioned in passing on the UK TV programs, usually when one of the English giants was involved in the European Cup. Italy, Spain, Netherlands, Belgium and France all popped up on the program, and by the end of the decade, Serie A was required viewing for myself and my team mates in semi-professional competitions, as we marvelled at the incredible AC Milan team of the time.

That was not to say that English football faded into a small corner of the sub-conscious. The ABC still showed the English game, as did Channel Seven with the successor to The Big Match, a show called Big League Soccer, which I would only figure out later was packaged and exported exclusively for an overseas audience, hence the “soccer” moniker. 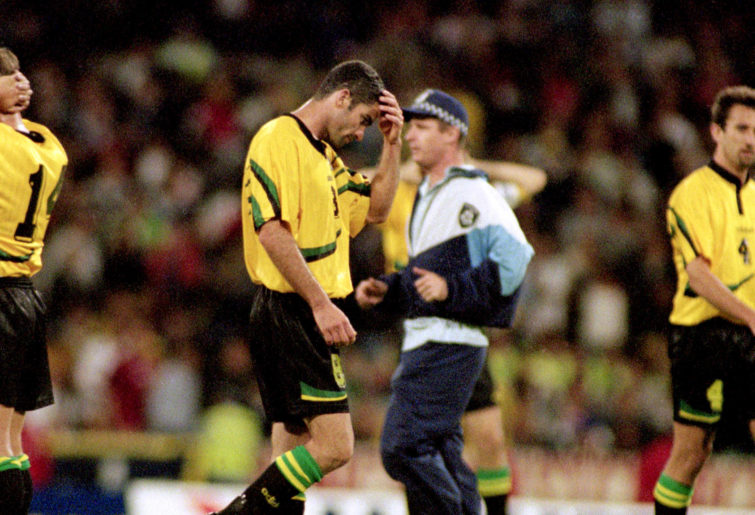 The FA Cup Final was still compulsory viewing, and the early part of the decade saw the cup final go to a replay three years in a row, from 1981-83, so we got a double dose of cup final goodness, including one of the greatest cup final games ever, the 1981 replay between Spurs and Manchester City.

Spurs won 3-2, and through bleary eyes at somewhere around 5.00am, we watched the mercurial Ricky Villa score an amazing individual goal to win the game. The English game was very much alive, but it was embracing the world through foreign players a lot more.

While most of the TV stations had a smattering of football – Channel Ten, for example covered the 1981 World Youth Cup held here in Australia – it was the ‘Soccer Bloody Soccer’ network that brought the world game (hmm, good name for a show) to us.

Many of the migrants that had come to Australia and set up clubs that would later form the basis of our own national league were finally getting to see football from their former homes. For me, it was like a geography lesson with goals, and it added to the experience of travelling to some of those NSL grounds where that imported passion found its release.

SBS took its commitment to our football education seriously, but were able to infuse dark humour into a lot of their coverage. Having won the rights to televising Socceroos games, I remember gathering at a friend’s home in Newcastle in 1985 as we watched the Socceroos play all over a star-studded Scotland side in an ultimately futile attempt to overcome a 2-0 deficit from the away leg at Hampden Park.

The 0-0 draw in Melbourne on a cool December evening was in contrast to the venue colourful Socceroos coach Frank Arok wanted – which was to play the game in Darwin in the middle of the day.

SBS, having called their coverage ‘The Road To Mexico’ (venue for the 1986 finals), rolled the credits on that final qualifier with Les and Johnny signing off to the Talking Heads song Road To Nowhere.

That stretched the Socceroos non-appearance at a World Cup finals to 12 years.

Yet the ’80s felt like the decade where football gave us a mullet-photoed passport to just about anywhere, and the three figures most recognisable to the football community were a Hungarian refugee, a mustachioed Greek-Aussie and the original Captain Socceroo.