As far back as I can remember, I have always been crazy about following the world of sports. My earliest memory, probably when I was about five or six, is of one fleeting instant of Sachin Tendulkar batting in an ODI in 1994 against the Aussies. It was love at first sight with the game that was, as we say in India, invented and brought to us by the British and loved unequivocally and given a home by the countries in the Indian subcontinent.

While cricket remained my primary love, it was not hard to get attracted to the beauty that was displayed by Zinedine Zidane’s marvellous team as they went on to become world champions on home soil. And then a few years later, a Paul Scholes’ wonder kick ensured that I was hooked to watching club and international football alongside cricket.

As I progressed through my teens yet another sport lay claim to my love and affection. What started as a passing fad for me turned into a mighty obsession to watch Rafael Nadal’s scintillating affair with the red clay of Paris, grudgingly admire Roger Federer’s chemistry with the greens, and later on, extremely unwillingly, admire Novak Djokovic’s belligerent dominance and the besting of both Federer and Nadal.

And if these weren’t enough, as a back-up there was always the Formula One season (Michael Schumacher, bless him), field hockey, badminton and later on even rugby (a sport as alien to Indian mass appeal as American football or Aussie rules football) to keep tabs on, even if I didn’t watch these as obsessively as cricket, football or tennis. It’s tough to ignore rugby after watching the masterpiece that is Invictus or watching Jonah Lomu’s frantic tries, or just watching the All Blacks play.

What is it about different sports that bind individuals all over the world to stay hooked to their television sets? Is it the competitive instincts on display? Or is it the tantalising prospect of the unknown result? Is it the result itself or the individual plays within a game?

How do viewers relate to sports? What makes them sit up late hours into the night or wake up in the wee hours of a weekday just to catch a Rafael Nadal in action at the US Open? Or why do we keep stealing glances at live cricket scorecards in between a weekday just to see how well Virat Kohli or Steve Smith is doing?

How does it affect us, the audience, the viewers? For many of us who watch, sports are simply addictive. Come to think of it, it’s a pretty healthy and positive obsession to have.

It’s love when you can’t sleep recollecting Rahul Dravid’s despondent face as India exited the 2007 World Cup in its infancy. Passion when you willingly let Nadal’s victories, losses and injuries dictate your own moods. Unadulterated joy when England fluff yet another penalty in the FIFA World Cup and total despair when the Netherlands fail to win yet another big football title or seeing the state of Manchester United since Sir Alex Ferguson retired.

What is it that brings out these sort of pure emotions from sport? To me, it is the feeling of hope. Hope allows you to dream and set goals and belief that one day you might achieve them. Hope allows you to bounce back from personal and professional setbacks in your own life, in a manner similar to these athletes. Hope inspires, gives courage, and gives the motivation to fuel your dreams. More importantly, it allows you to fail, try, and succeed again and again. And sport – with all its glorious uncertainty, beauty and abject cruelty – is a great teacher in this respect.

It’s inspiring to see individuals hone their craft for year after year, day after day, hour after hour, with utmost dedication and without any guarantee of the result. Some win and go on to conquer everything in their sport, many others reach the summit, only to come second. Yet, others learn to lift themselves up from shattering losses, dust off their wounded scars only to lift themselves again to have another shot at glory. And then there are the triers who might not attain the holy grail, but do not give up on the off chance that they can lay hands on the prize. Ultimately, their pursuit of excellence is perfectly relatable. This is what we as individuals strive to achieve in our chosen professions as well. That’s why sport resonates. It’s the most relatable learning platform for life as a whole. And that is why life without sport is so empty.

It’s hard not to be inspired and ecstatic when a hitherto absent and injury-ravaged Rafael Nadal made a triumphant return in 2013 or feel unbridled admiration to watch Roger Federer win the 2017 Australian Open at the ripe old age of 35. It was a testimony to the never-say-die spirit of Novak Djokovic when he finally conquered Roland Garros, despite repeated tear-stricken losses in the previous years. It’s hard to replicate the feel-good and unbelievable story of Leicester City winning the EPL in 2016 or the thrill to watch Barcelona’s greatest-comeback-of-all-time win over PSG in the Champions League round of 16 a few years back. It’s also hard to forget the aghast expression on Kane Williamson’s face on the Lord’s balcony about ten months back, after being declared second best in a World Cup final that his team never lost. 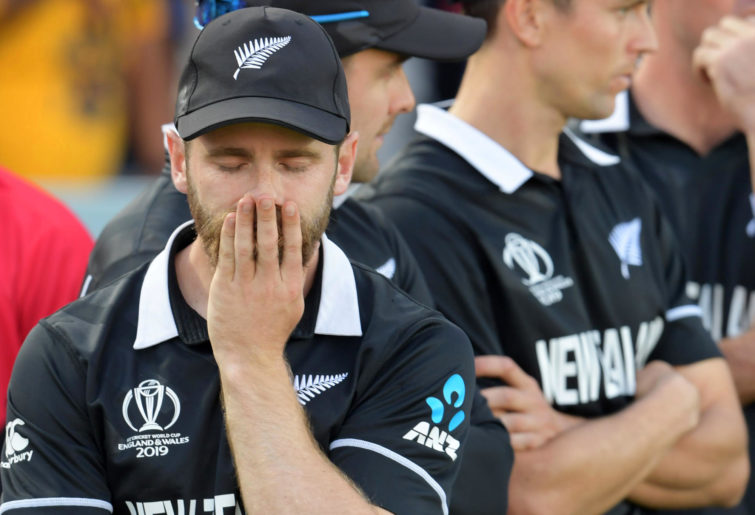 Sport is a plethora of emotions, and it’s a microcosm of life itself. Sport encompasses unparalleled triumphs, shattering losses, the relentless pursuit and display of human excellence, a never-say-die spirit, and exemplifies the power of dreams. Yet sports are not all about valour. Greed and corruption have often been the bane of sports. It causes a profound sense of disillusionment. We can accept losses, heartbreaks and even make peace with our favourite teams or players not winning what we feel they deserve, but cheating is unacceptable, much as in life.

Yet, sport gives hope. For every cheat, there are hundreds of sporting moments that rekindle faith in the goodness of humanity. For every loss, there is the motivation to get up again and go a step further the next time. For every victory, there is the humility of a defeat looming around the corner.

And it’s a hope that is extinguished at the moment. It’s the lingering emotion that has gone missing, the prospect of watching a deliciously spiced-up contest between two arch-rivals, the anticipation, the excitement, the banter between fans, the read-ups on a sports website, the entire build-up and finally the action itself, and the feelings of despair or joy post-game, and then giving birth to hope and anticipation once more as we look forward to the next game, event or match.

The last time I felt a surge of these cycles of intense emotions was during the T20 Cricket Women’s World Cup final about a month back. The despair when India lost still lingers, and so does in equal measure the admiration for the all-conquering Australian team. But now the predominant emotion is one of hollowness, disbelief, and hopelessness that there are no more sporting events to look forward to this year.

Watching highlights reels or replays of iconic matches cannot capture the same emotions or give hope. Maybe at best it gives a boost of energy when you are feeling particularly low. It’s just a way to pass time, similar to watching your favourite shows on Netflix. They do not inspire nor do they give hope. In fact, watching old sporting videos gives rise to boredom, restlessness and lethargy and a craving to watch more live events.

As COVID-19 continues to wreak havoc across every nook and corner of the world, life as we knew it has come to a complete standstill. With countries worldwide rightly imposing various degrees of travel bans and lockdowns, and with health and emergency services working overtime in extremely risky conditions, it’s obvious that all other matters pertaining to life and society need to come to a full stop. None more so than the world of sports.

As boredom envelops the minds of the sports-mad, maybe just writing about sports can have a cathartic effect. Let’s give that try. Let’s not extinguish the hope within. Let’s not give up. Because sporting heroes and events are widely public but at the same time intensely personal. In these times of distress, where the world is collectively fighting a deadly foe, and the daily news becomes more and more morbid, maybe writing about sports can serve as a healthy distraction for each of us who are in lockdown, bored and working from home (if working at all). Pausing sports does not mean you need to give up on it or stop digging into it to seek hope and inspiration. Cope with sports in these troubled times.