John Carroll had coached his last NBA game in the prior season, where the Celtics were brutally swept.

Danny Ainge was being called trader Danny by the fans, and Paul Pierce looked to be as alone as ever. Enter Doc Rivers.

Rivers had only coached the Orlando Magic, taking the 1999-00 Magic team that was projected to finish near the bottom of its division to a 41-41 record and becoming NBA coach of the year in his first year. 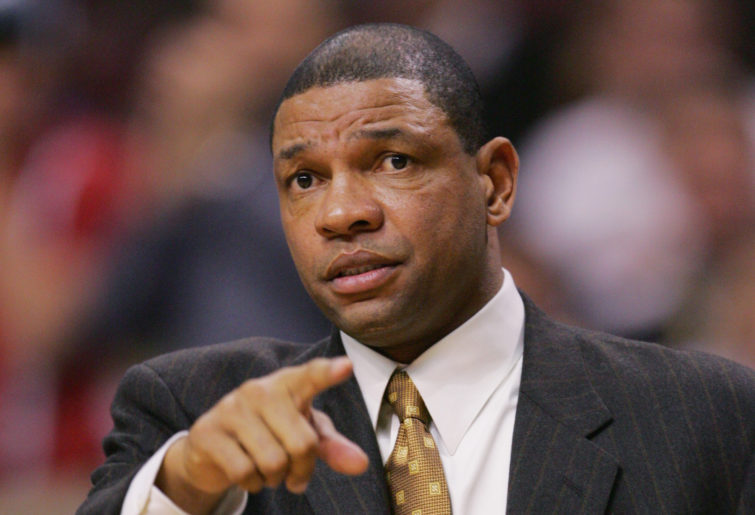 Surprisingly, the team was better than most thought, mostly because of the youngsters that were drafted, like Al Jefferson, Delonte West and Tony Allen in the 2004 draft to go along with able veterans like Gary Payton, who was traded for in the off-season. This was centred around the All Star Paul Pierce.

But on February 24, 2005, Danny Ainge executed one of the most surprising trades of the decade when he brought back fan favourite Antoine Walker in a trade that sent Gary Payton, Tom Gugliotta, Michael Stewart and a first-round draft pick to the Hawks. But Gary Payton was immediately bought out by Atlanta and got signed back to Boston.

When Walker was gone, it was nice to get rid of that awful contract, and it was nice not to watch a big player shoot ten threes a game. Regardless, the Celtics were missing something without him.

The franchise just went through a long and treacherous season of moping around, not necessarily because of a lack of talent, but maybe a lack of competitive spirit. And Walker wasn’t exactly balling out either. Dallas used him in a relatively limited capacity due to them just having a number of high-calibre players that populated the Mavs roster. And before the 2005 season he was traded again to the Hawks where he continued to see his numbers drop.

Walker’s departure from the Celtics humbled the big man, and that’s shown by Walker wearing 88 in his return, and letting Kendrick Perkins continue to wear the number eight. It’s shown by Walker giving Kemba Walker his blessing to wear number eight. Whether fans liked Walker or not, you couldn’t deny his impact on a painfully transitional period in Celtics history. And when he came in, he started all 24 games, shot the lowest amount of threes since his rookie season and helped the Celtics secure the third seed.

Unfortunately, again, it wasn’t enough as the franchise lost to the Pacers, again, in a tight seven-game series. Walker would be traded to the Miami Heat the next off-season.