Jack Steele
There’s a meme doing the rounds on social media. It involves a quote that reads: “The definition of insanity is doing the same thing over and over and expecting a different result”. Attached to it is a screenshot of Jack Steele’s name and his starting SuperCoach price in 2020: $515,900.

Imagine if Blue Steele scored like his tackling numbers in that same time period?! For the record, 158, 140 and 164. Saints fans will tell you his time is now. They are not insane, only patient. Career highs in clearances in 2019 showed Pig’s ability to win the ball, not just smother opponents. They might be onto something.

Jack Billings
Billings has been teasing Saints faithful ever since he arrived in the league, threatening to be the next big thing but always falling slightly short.

However, I discovered while attempting to find interesting facts about Jack that you could purchase basically your own voodoo doll of the young midfielder, providing an outlet for whatever may irk you about the number three draft pick in 2013, or to enable people to reenact Jack’s barnstorming efforts from the first half of 2019 from the comfort of their toy boxes.

Nonetheless, Billings has signed on to stay at Moorabbin until the end of 2021 and based on media interviews he fully intends to stay the course until St Kilda win their second premiership. I’ll let you make your own jokes about time and premiership droughts here. 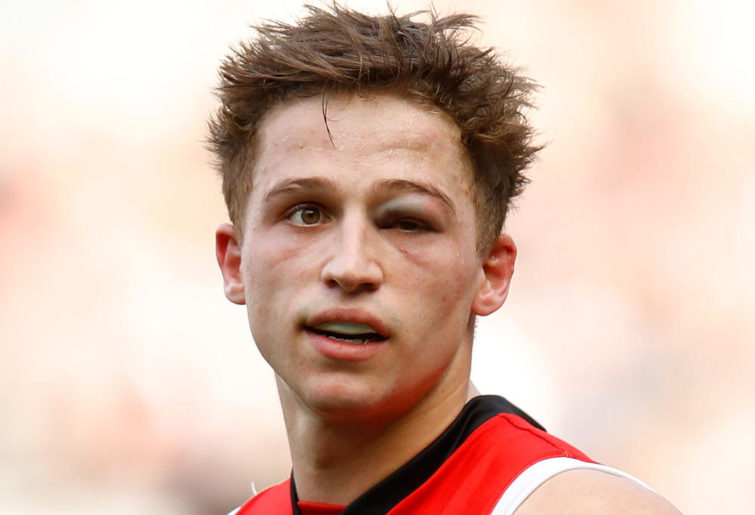 Rowan Marshall
In 2019, I took part in an eight-team SuperCoach draft league. Due in every way to my suspect initial draft tactic of picking with the heart every time, I finished seventh on the ladder. And won the premiership. It was 1916 all over again. For the uninitiated, Fitzroy finished last on the ladder but won the flag in the war-affected season.

Default eight-team finals series settings were a next-level blessing. Being terrible for most of the season (in every way due to my suspect initial drafting) provided me with priority access to the waiver wire. Enter Rowan Marshall.

Thirteen games across 2017 and 2018 didn’t point to an explosion of magnificence, so he naturally was cast asunder to the depths of the free-agent pool. Yet the footballing wunderkind averaged a mean 110.2 on his way to becoming one of the more dominant ruckmen in the second half of the season.

Of course, Paddy Ryder is there now, so there might be a spanner or two in the works. However, he’s signed on until 2022 so there’s time for plenty of time to alpha Ryder out of the ruck position. At least that’s what St Kilda fans want.

Max King
Pick four in the 2018 draft – providing him with a lifetime’s worth of bragging rights over twin Ben, who was picked at number six – King’s dreams of a rapid start to his career were dashed by an ongoing knee injury that prevented him from matching his brother’s 14 appearances for the Gold Coast.

However, that hasn’t stopped every man and his dog from backing in King for untold success, multiple premierships, and other such fancies. Exhibit A: St Kilda provided him with number 12 to wear on his back, formerly utilised by none other than Nick Riewoldt.

Exhibit B: His high school coach and Essendon legend Matthew Lloyd stated publicly that King has the potential to add 10,000 members to St Kilda’s base over next few years.

Exhibit C: That’s about it, actually. I’ve tried finding some other interesting facts about King online, but to be honest, it’s all a bit vanilla. All you need to know is he’s a 202-centimetre potential wrecking ball of a forward. Watch out.

Trade week
St Kilda have remarkably not played September football since 2011. For those with short memories, this season was marked by the Saints going down to Sydney by 25 points in the elimination final, with Ross Lyon retiring Steven Baker, Robert Eddy and Andrew McQualter without them knowing, and presumably changing into purple pyjamas on the drive home to prepare for his time in Fremantle.

It’s been a long nine years without a sniff of finals – the longest drought in the league – but St Kilda’s proactive off-season made it clear they’re looking to roar back into contention. To many pundits they won trade week, with Bradley Hill, Dan Butler, Zak Jones, Paddy Ryder and Dougal Howard all making the move to the red, white and black. Blowing a five-goal halftime lead to North Melbourne in Round 1 wasn’t the best start to 2020, but perhaps it will simply serve to embolden the new recruits. Time will tell.