Tigerbill44
Roar Guru
5th May, 2020
12
Join the conversation
Advertisement
Write for The Roar

Talented cricketers are always abundant in Pakistan cricket, but building them into world-class talents has often proved a big challenge. Disciplinary problems, a lack of proper focus from the players, involvement in match-fixing scandals and poor team selection policy have all led to many Pakistan talents being wasted.

Imran Nazir
Anyone who saw his 131 against at Bridgetown in 2000 in only his second Test would have been impressed by his array of shots. Yes, both Courtney Walsh and Curtly Ambrose were in the twilight of their career, but they were still forces to be reckoned with. He seemed the newest emerging talent yet he ended up playing just eight Tests.

He had both his supporters and his critics in Pakistan. In the view of his fans, while his Test average of 32.84 isn’t brilliant, given chances he would have bettered it. But his critics can point out that his ODI average over 79 matches was only 24.61. Clearly there was a lack of focus in him.

Recently I read an article where former Pakistan quickie Shoaib Akhter compared Nazir with Virender Sehwag. I find more similarities with Krish Srikkanth. Both had mimimal footwork but mainly relied on their excellent reflexes to flay the bowling. And both were great entertainers.

Taslim Arif
Taslim, from Karachi, was a wicketkeeper-cum-opening bat. He was the deputy of Wasim Bari for the long tour to India, Sri Lanka and Bangladesh by the Pakistan team that started in the autumn of 1979. It looked like this tour would be mainly about gaining experience until an unexpected opportunity came his way in the final Test at Calcutta.

The series was decided after India’s ten-wicket win in Madras in early January. Both sides made changes for the final Test. Sunil Gavaskar stepped down from captaincy for one Test and Zaheer Abbas, who had struggled badly for runs, asked for a rest. So Majid Khan batted at No. 3, giving Arif the chance to make his Test debut.

He made good use of the opportunity, scoring 90 and 46. On the slow wicket he batted for more than seven hours for his runs in the first innings. He scored his runs slightly quicker in the second innings as the Pakistanis were in a failed run chase.

His efforts obviously impressed the selectors, who gave him the additional duty of keeping for the home series against Australia. In Faisalabad, in only his third test, he scored 210*, only the second double-century by a wicketkeeper in Test cricket.

However, after struggling against the West Indian bowling later in the year, his international career ended before the end of the year.

Thanks to the double hundred his batting average is 62.62.

Wasim Bari was recalled, and I once read an interview of Bari in which he talked about his eventual successor in the Pakistan team. He ruled Taslim completely out. His views about Taslim seemed a bit biased, but he was right.

Taslim would be the wicketkeeper of this team, though.

Qasim Umar
An average of 36 over 26 Tests doesn’t look brilliant for a top-order batsman, but Qasim was involved in three difficult series in his short career: the tour to Australia in 1983-84, the tour to New Zealand in 1984-85 and the home series against the West Indies in the autumn of 1986.

He scored three Test hundreds, two of which he converted into double tons, both in Faisalabad, which used to be a batsman’s paradise in the 1980s. His first Test ton was in Adelaide in 1983.

But perhaps his best effort as a batsman came at Dunedin in 1985. He scored 96 and 89 in difficult batting conditions against a strong Kiwi attack led by Sir Richard Hadlee. In a dramatic finish the hosts won the Test by two wickets.

Qasim played in the four-nation Perth Challenge in early 1987 but then vanished from the international scene. For more than a year before that he was complaining about different irregularities within international cricket. He paid the price for his attempted role as a whistleblower.

Zahid Fazal
At just 16 year old Fazal was a member of Pakistan under-19 team that took part in the Asia Youth Cup in Bangladesh in December 1989. His team manager spoke highly about his potentials at the start of the tournament. However, the difficult batting conditions of most of the pitches meant he struggled to get big scores. Still, he impressed many with his orthodox technique.

In less than year he was playing for the Pakistan Test team, batting at No.3 against the fearsome West Indies pace battery. Although he had impressed during a tour with the youth team to England in the summer, his inclusion was a bit hasty. The speed was mainly created by the growing reputation of India’s Sachin Tendulkar. The Pakistan selectors expected Zahid to emerge as Pakistan’s Sachin.

In his first series he struggled badly against the best pace attack in the world. He completely lost his confidence. In his nine Tests played over six years he only averaged 18.

He was a part of Imran Khan’s World Cup-winning team in 1992 but played a minimal part in the success.

A big waste of a talent.

Mohammad Wasim
An unbeaten hundred in his debut Test against New Zealand in Lahore in a losing cause suggested great things for the 19-year-old. In the Benson and Hedges Cup in Australia during the southern summer he showed excellent temperament batting at No. 3 on the bouncy pitches. In February 1998 he played a little cameo against South Africa in Johannesburg. His 44-ball 44 against Allan Donald and Shaun Pollock was marked by crisply timed flicks and superbly timed drives. In his appearance and in his batting style he reminded me of Mohammad Azharuddin.

Wasim scored 192 in Harare against Zimbabwe in 1998, but after this it went downhill. He was used as an opening bat, which was the right place for him to bat.

Umar Akmal
Now we come to Pakistan’s Virat Kohli. Like Kohli, Akmal was a star of the 2008 under-19 World Cup in Malaysia. Our comparison should start and stop there. A fine debut hundred against New Zealand in Dunedin 2009, when he shared a century stand with elder brother Kamran, marked a bright start.

But it has been start-and-stop affair since then. Frequent problems with the authorities have badly hampered his progress as a true champion batsman. He has played just 16 Tests and hasn’t added to the debut ton. He has been more regular in limited-over matches, but here also odd flashes of brilliance here and there haven’t done enough good to the team’s cause.

Many people expect the recently imposed ban to be the end for him. A classic case of what might have been. 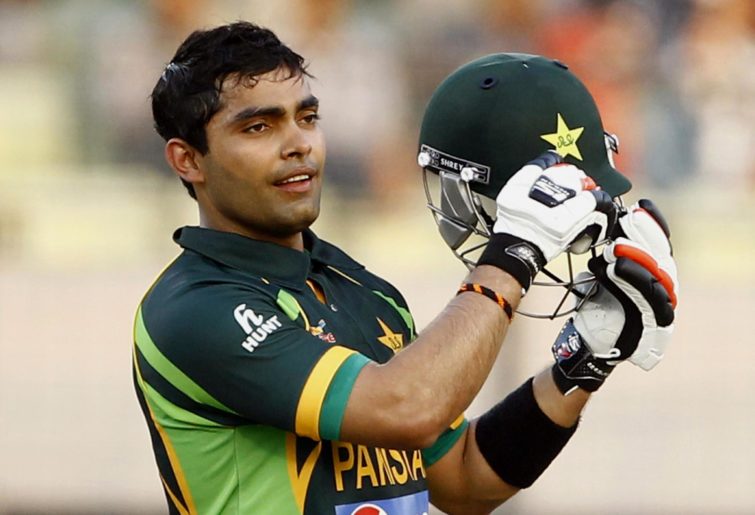 Shahid Afridi
Many would be surprised to see his name here. After all, he played 398 ODIs for Pakistan. But the question is: did he do enough?

On the evidence of the statistics the answer is no. He averaged only 23 with bat. His bowling average of 34 isn’t too bad, but overall we get a useful rather than a matchwinning all-rounder. Sunil Gavaskar once rightly picked out during TV commentary his problems as an ODI bat. He used to go by the numbers. If you bowl two dot deliveries to him, there was a 99 per cent chance he would attempt a big shot next ball.

His T20 strike rate of 150 looks most impressive until we consider his average is only 17. He is one of the greatest entertainers the game has ever seen, but he was an unfulfilled talent.

Lots of people never saw Afridi as a Test player. Interestingly, his batting average of 36.5 and a bowling average of 35 is quite acceptable. Shane Warne always rated him as a quality leg spinner. But, still, he played only 27 Tests.

The selectors were never sure of his proper role in the Test team. They never picked him as a frontline spin bowler. And they were not sure how to use his potential as an explosive batsman. To give one example, in Chennai 1999 in his second Test he scored 141 off 191 balls against India, a matchwinning knock. Just two Tests later in Kolkata he was batting at No. 6. 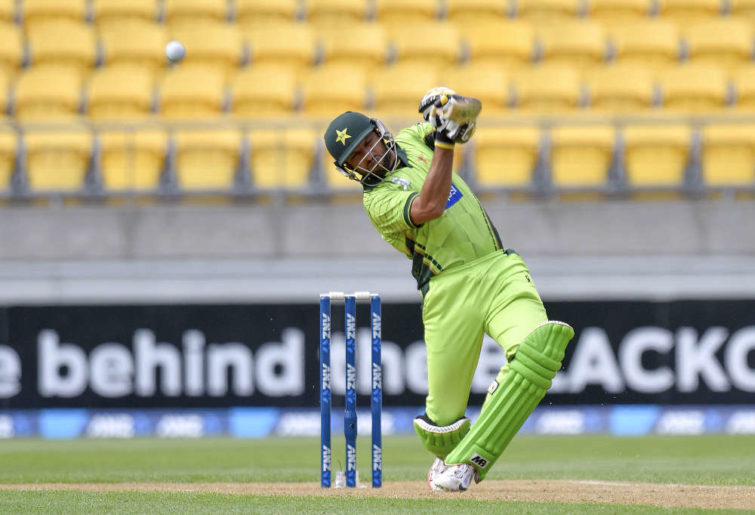 Azhar Mahmood
Azhar started his Test career scoring 128* and 50* against South Africa in Rawalpindi. He added two more hundreds against some quality South African bowling, and his 132 in Durban helped his team to an impressive victory.

After scoring three tons and one 50 in his first eight Tests he failed to reach the 50-run mark in his remaining 13 Tests.

He was a useful medium pacer, but with fast bowling talent abundant in his country his bowling ability was used sparingly.

Saqlain Mushtaq
He played 49 Tests and 169 ODIs for his country, but after being picked early he ended his international career before his 28th birthday at an age when many spinners reach their pick.

He did take 208 Test wickets at an average of just below 30, but he also played a good portion of his Tests on spin-friendly Subcontinent pitches. Even in his heyday he was more of a steady performer rather than a matchwinning one.

Interestingly, he scored a Test hundred, 101*, in a high-scoring drawn Test in Christchurch in 2001.

Mohammad Asif
His is a very simple case: a highly talented pace bowler ending his career in disgrace in a match-fixing scandal. Dubbed the Glenn McGrath of Pakistan, he took 106 Test wickets at less than 25 apiece. At 28 his best years seemed ahead of him, but his career ended abruptly in 2010. He had previously tested positive for steroid use.

Mohammad Sami
Sami made his Test debut at Auckland in March 2001. He shared the new ball with Waqar Younis and stole the limelight ahead of his new-ball partner. He took 3-70 and 5-36 as the Pakistanis easily won the match. While he wasn’t as tall as some of the other Pakistan quickies, he was nippy and had a good inswinging yorker.

Yet a decade later he ended his Test career with 85 wickets from 36 Tests with a poor average of 52.74. For once the Pakistan selectors can’t be blamed. They gave him enough chances without getting any returns except in that debut Test.

The downfall of Pakistani batting

Pakistan is blessed with pace bowlers.

The downfall of Pakistani batting

Winning a Test match for any team is, of course, no less than a great honour.

As the T20 World Cup is scheduled in October-November later this year, the pandemic has made it difficult to continue cricket according to the scheduled plan. 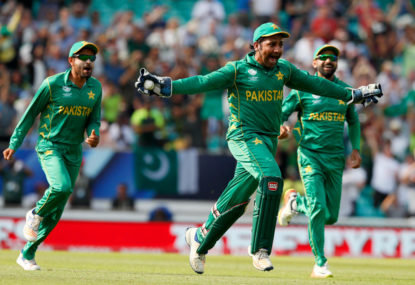