troyhanning345129
Roar Rookie
7th May, 2020
0
Join the conversation
Advertisement
Write for The Roar

Hey, remember that time Blazers benchwarmer Ha Seung-Jin attacked his teammate with a wooden pole. No? Well here’s the story.

A preseason training scuffle broke out between Ha, who is 2.21 metres tall and 138 kilograms, and Nedzad Sinanovic, 2.24 metres and 113 kilos. Ha was punched in the face before assistant coaches pulled them apart, and he was very adamant about his displeasure, as he kept screaming “I’ll sue!” to Nedzad.

Ha has then found one of those wooden poles in the gym that players sometimes use to stretch and went after Nedzad, hitting him directly in the ribs before someone managed to rip the pole out of Ha’s hands and chuck it across the court.

Ha still made the team as their fourth-string centre and was the first South Korean to ever play in the NBA, but after 27 more games he would never play in the league again.

With stories like this and the fact the Blazers had just come off missing the NBA play-offs for the first time in 21 seasons, fan dissatisfaction was at an all-time high. Literally – a poll was actually conducted with over 400 randomly selected residents of Multnomah, Clackamas, Washington, Clark and Yamhill counties that showed that across a wide range of areas fans did not like the team.

How often is a scientific study released to prove to the franchise how unequivocally hated they are? I might have just given Knicks fans some ideas. I’m kidding – we know James Dolan will never sell until he is forced to.

One-time all-star and newest signing trade acquisition Nick Van Exel spoke of the time candidly: “When I got here, I thought everything was going in the right direction,” Excel said. “Then a few things happened – like the Qyntel situation.

“I guess the fans start saying same old Blazers. I’ve never come to a situation where the perception is very, very negative.”

Although, if there was one thing Blazer fans were fond of other than Theo Ratliff, who recorded the franchise record for blocks last season with nine, it was coach Maurice Cheeks. Cheeks scored a high favourability rating of 92 per cent and was seen as the franchise’s most valuable asset.

That’s why it really rattled the fan-base that Cheeks was replaced for Kevin Pritchard soon after the poll. The answer to why a beloved coach was fired after three and a half years of leading a dysfunctional roster to an overall winning record just as the team was heading in a new direction might have something to do with the Darius Miles incident.

Miles reportedly assaulted Cheeks with racial slurs and remarked he “did not care if the team were to lose the next 20 games” since Cheeks was “going to be fired anyway”. That was a pretty good guess because, remember, Cheeks was praised by the fans of Portland! 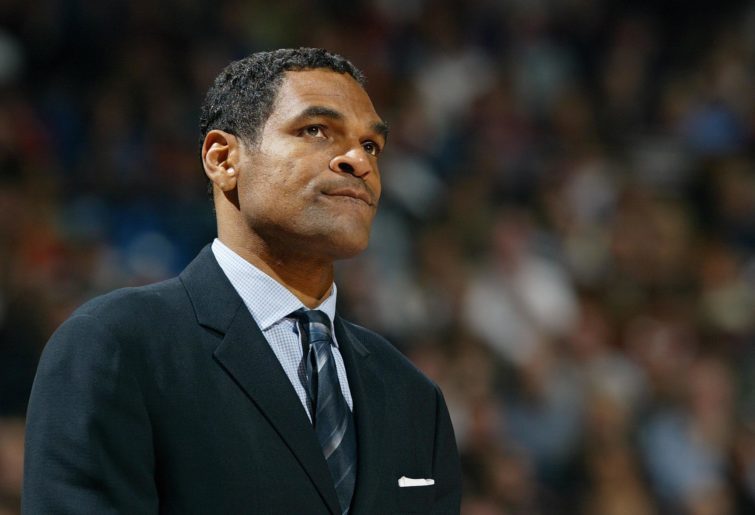 Cheeks asked Miles to leave, and Miles responded: “Make me”. When Cheeks left the room to see Blazers general manager John Nash, Miles ran behind him and shouted, “That’s right, run to your daddy”.

I’m not saying that’s what got Cheeks fired, but franchises usually prioritise talent over coaches. No, losing seven of their last nine and tumbling to 22-33. My guess is that had something to do with Cheek’s dismissal.

Well, Pritchard should have stayed as the director of player personnel, because he took over and went 5-22. They missed the play-offs. Zach Randolph and Shareef Abdur-Rahim were the team’s best players. Stoudamire would leave and Randolph would get paid handsomely in the off-season.