Why does Michael Clarke keep shooting himself in the foot?

He’s done it again. I wish I could say I can’t believe it, but it’s all too easy.

Michael Clarke is being a dill.

The latest example? Decrying responsibility for Simon Katich’s omission from the Test team after the 2010-11 Ashes.

The Katich-Clarke feud is well known among tragics but for those who came him late, the two played together many times but did not get along, at one stage the relationship disintegrating into physical violence in the workplace. After Clarke was appointed national captain, Katich lost his Cricket Australia contract and was never picked for his country again.

The feud has dogged both men into their retirements.

Yes, this is true. Technically.

Because Katich had been ruled out of the side during the 2010-11 Ashes due to injury.

And the captain doesn’t decide who gets a contract.

Clarke was a selector from 2011-13 and, what’s more, a selector with effectively two votes on the panel given then-coach Mickey Arthur tended to support Clarke.

Clarke says in his memoirs that when he became captain the “driving force” among the selectors was Greg Chappell. But Chappell was out of the way by August 2011. And Katich continued to not be picked after that until Clarke stopped being selector in 2013 despite a period of instability in the Australian batting line-up. During this time we would drop Phil Hughes, Usman Khawaja, Shaun Marsh, Rob Quiney, Glenn Maxwell and Moises Henriques, suffer from the erratic form of Shane Watson and Ricky Ponting and soon drop Ed Cowan.

Absolutely Katich quit first-class cricket in Australia after 2011-12 but he kept going in England until 2013.

And Clarke says in his memoirs that he pushed for Katich to be picked in the 2013 Ashes squad, the last side he helped select. He says he was overruled – presumably this was by John Inverarity, Rod Marsh and Andy Bichel – in favour of Chris Rogers. A solid, overdue choice, but apparently Australia can only have one crusty veteran because, um, we might win too many games that way or something.

Incidentally, the other batsmen on that tour were Ed Cowan, Phil Hughes, Usman Khawaja, Steve Smith, David Warner and Shane Watson. Katich’s Test record would be superior to all of them bar Smith, Clarke and Warner.

I don’t want to dislike Clarke. Truly. I never got as hot and bothered as others did over him when he was playing.

Sure, he was the beneficiary of selector bias, but they have their pets. Always have, always will.

I don’t think the public cared about things like the earring, the model girlfriend and the sports cars as much as the press said they did.

I did feel he should have been dropped in 2010-11 Ashes and didn’t think he deserved to be captain – Brad Haddin could have done the job in the fifth test, and long term I wanted Katich on the basis of him having far more state captaincy experience. But tactically Pup was an excellent leader, far better than Ricky Ponting – or Smith or Tim Paine, come to think of it. His batting form as captain for the most part was marvellous. 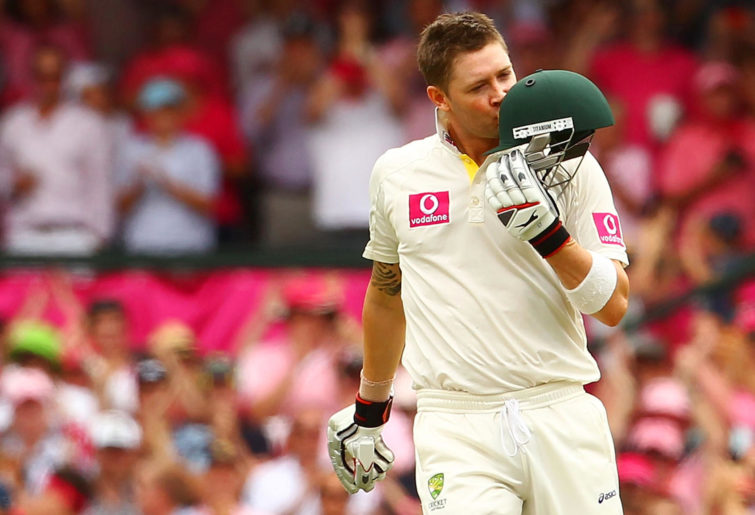 Australia were poor while touring overseas under his captaincy, but I’d put that more down to dreadful selections and the gutting of the first-class game on Greg Chappell’s watch.

What’s done my head in over Clarke is his behaviour after retirement. The way he’s tried to frame his reign.

Every ex-player does this of course, even Don Bradman. Want to read some whining, half-baked justifications? Read Bradman’s account in his memoirs of why Frank Ward was picked over Clarrie Grimmett on the 1938 Ashes.

But Clarke keeps going on about it. Every few months or so, when you think he’s stopped, he puts his foot in it again. He’s worse than Kevin Rudd.

And now the Katich thing.

I don’t want to dislike Michael Clarke, truly. I get all these things are coming from a very human, understandable place – he’s insecure about his legacy and he wants to be liked.

But surely the best way to achieve that when it comes to controversial topics is either to (a) say nothing and/or (b) stop being so slippery in his public pronouncements about things.

Next time he’s asked about Katich there’s nothing wrong with saying something like: “We wanted to look to the future. We tried Cowan and Watto and Hughes and Shaun and Warner and Rogers. Maybe Kato would have done better than those blokes. Maybe not. I wish I could predict the future. They were great players and Kato is a great player. But I can tell you I would never ever make a decision that I did not believe in my heart was for the best of the team. I mean, I hated Wato and I still picked him, didn’t I?”. (Maybe he could leave the last bit out.)