They lost their first final against the Greater Western Sydney Giants. They would be reasonably pleased with their 2019 season, but they would be disappointed that they lost by such a big margin in their only finals game for 2019.

They continued on that form in Round 1 of season 2020, but expect them to bounce back and finish in the top eight as they have a quality coach and a good midfield.

7. Caleb Daniel
He shows great endeavour. Daniel never stops trying and provides plenty of run. He is a good player that has a lot of ability to play different roles. He finished fifth in the 2019 Western Bulldogs best-and-fairest, which shows how highly his rated within the club, particularly given the fact he only played 17 out of 23 games. 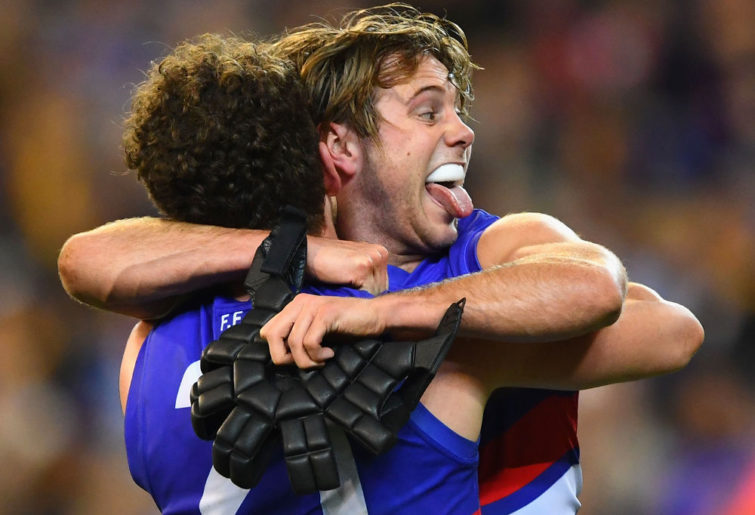 6. Tim English
He would be difficult to replace if he was unavailable for selection at any point in time. English averaged 19.15 hit outs in 20 games for season 2019. The only back-up that the Western Bulldogs have if he isn’t playing for some reason is Jackson Trengove.

5. Josh Bruce
He finished ninth in the St Kilda 2019 best-and-fairest, averaging 1.64 goals per game, featuring in all 22 games that the Saints played in the 2019 season. Bruce was recruited by the Western Bulldogs to play as a key forward and take the pressure off the likes of Aaron Naughton, who averaged 1.39 goals per game, playing all 23 games for the Bulldogs in season 2019.

4. Alex Keath
He was recruited to the Western Bulldogs club for a reason: they needed a defender of his calibre to be a part of their back six. Keath finished ninth in the Adelaide Crows best-and-fairest in 2019, despite the fact that he missed four games.

3. Josh Dunkley
He was named in the Western Bulldogs squad of 40 players. Dunkley finished second in the 2019 Bulldogs best-and-fairest. He is an integral part of the Bulldogs midfield. He was added to the leadership group for season 2020, which shows how highly he is thought of within the club.

2. Jack Macrae
He was named on the interchange bench for the 2019 AFL All Australian team. Macrae finished third in the Western Bulldogs 2019 best-and-fairest. He averaged an impressive 33.43 disposals per game playing every game of the season. He was possibly the Bulldogs’ best player in Round 1 of season 2020 when they were thrashed by the Collingwood Magpies.

1. Marcus Bontempelli
He was named on the wing in the 2019 AFL All Australian team. Bontempelli won the 2019 Western Bulldogs best-and-fairest. He was promoted to be the captain of the Bulldogs for season 2020. He should relish the responsibility. It’s difficult to imagine what the Bulldogs would look like if he was unavailable to play.

With this weekend seeing another ‘festival of footy’ get underway, it’ll be hard to do this kind of article later as the information will be out-of-date in a day. 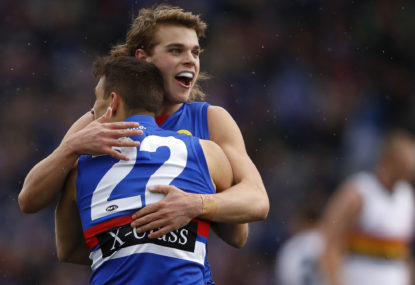