In the lead-up to Round 2, I’ll be overanalysing the 64 minutes each club has played this year to come up with four burning, essential questions for you all to discuss.

Adelaide are the first cab off the rank, with new coach Matthew Nicks suffering a tough three-point loss to the Swans in Round 1 – the team he played 175 games for between 1996 and 2005.

The Crows dominated the first quarter and took an 18-point lead, but conceded 11 goals to three across the next two. They held Sydney goalless in the final quarter, but could only manage two of their own to fall just short.

Where do Nicks’ charges go from here?

1. How much do hubs hurt?
The Crows will be one of four sides who’ll likely need to stay in a hub for season 2020, although an 11th-hour reprieve by the South Australian government means they won’t have to relocate to the Gold Coast until after the season resumes.

Still, the extended absence from home will prove a significant challenge. While a fair chunk of Adelaide’s list aren’t from South Australia – meaning Adelaide is already something of a hub to them – not having the freedom to see people other than your teammates for months could see the wheels fall off quickly if results are poor early.

The coaching staff and leadership group will have their work cut out for them.

2. What’s the pass mark for 2020?
Bringing on a new coach alongside a mini-exodus during the trade period after two seasons out of the finals? Sounds like it’s bona fide rebuilding time.

But the Crows aren’t actually that young. Their Round 1 side had an average age of 25 years and four months old and an average games played of 94 – both tenth in the AFL.

They still have 14 players from the 2017 grand final loss on the list and 11 of them played in Round 1. The midfield from that minor premiership season is virtually intact, while Jake Lever has been the only significant departure from the back line.

While external expectations may be low for the Crows, a bottom-three finish for a team that still boasts Rory Sloane, the Crouch brothers, Daniel Talia and Taylor Walker would have to be considered a failure.

If their percentage is good, 14th or 15th is passable, but they really should be aiming for the upper half of the bottom ten.

3. Who’s going to kick the goals?
While 14 of the 2017 grand final 22 may still be around, it’s the area of the ground the eight others come from that’s a concern.

Eddie Betts, Charlie Cameron, Josh Jenkins and Richard Douglas all started that decider in the forward line, while Hugh Greenwood and Andy Otten also pinch-hit up forward off the bench.

Only nine Adelaide players kicked ten or more goals in 2019 and three of them – including two of the top three – have moved on.

The Crows do have a fair few prospects in the oven, but almost all of them are still very raw – key forwards Darcy Fogarty (20 years old), Elliott Himmelberg (21) and Billy Frampton (23) have played a combined 27 games.

In fact, the oldest forward on the list behind Walker and Tom Lynch is 25-year-old Riley Knight, who only has 37 goals in 54 matches and is battling an achilles injury. 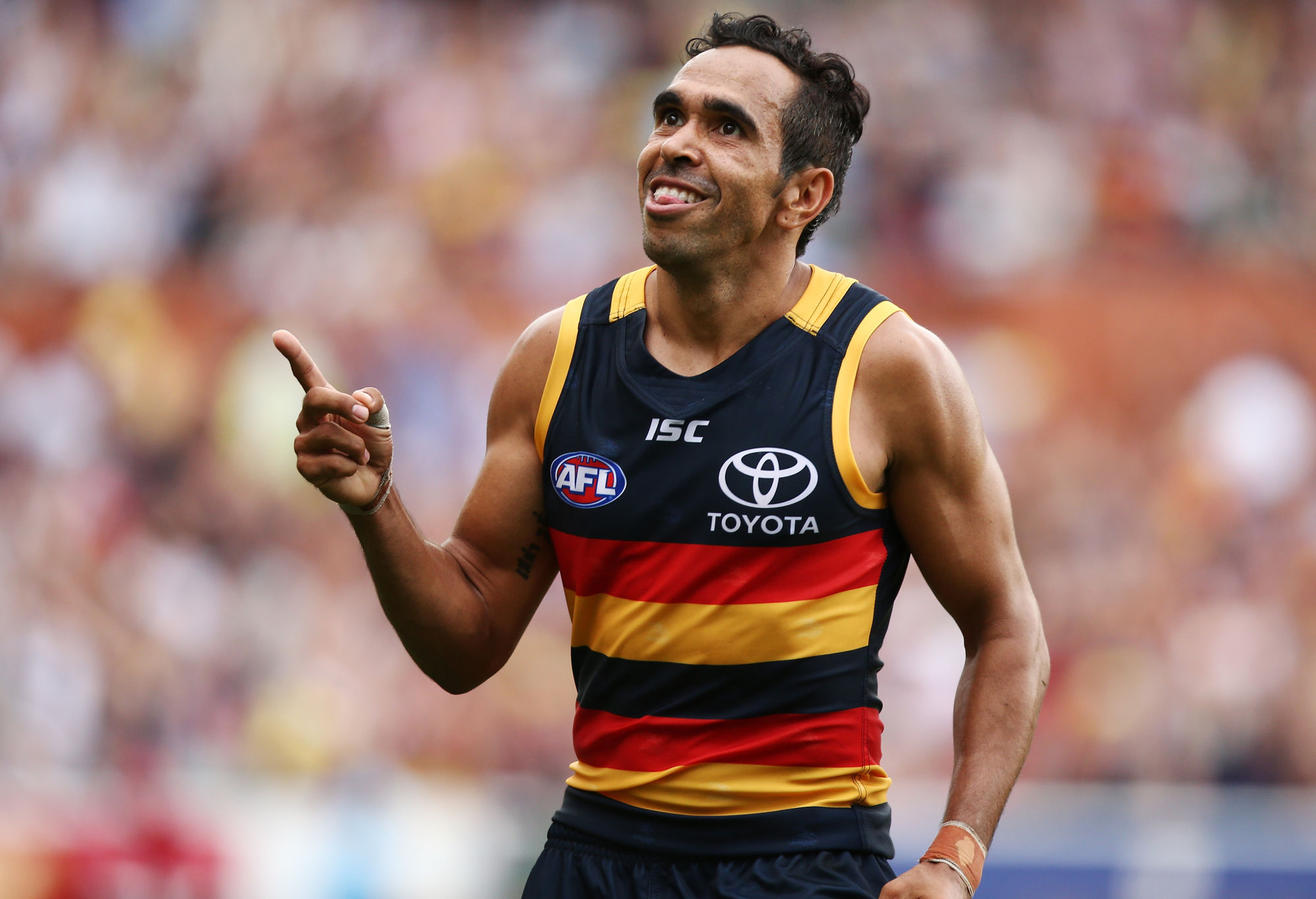 Adelaide have the talent elsewhere around the ground to be competitive. Walker and Lynch should be good enough in the talls department to keep the scoreboard ticking, but they desperately need another one of the young crumbers to come good quickly to assist Lachlan Murphy after his breakout 2019.

4. How do we manage Bryce Gibbs?
Everyone’s tired of reading about Adelaide’s Gibbs dilemma, so I want to present a solution rather than a problem.

If Gibbs allegedly doesn’t have the tank to cut it in the midfield anymore, why not throw him up forward for the next two years?

Obviously you don’t want to stunt the development of your young guns, but you can’t throw them in the fire and let them get swallowed up by experienced defenders either. Murphy may have had a great 2019, but the lack of Betts and Jenkins will see him get far more of the defensive spotlight than he’s used to.

Gibbs had just seven touches playing down back in Round 1 and didn’t look comfortable in the defensive 50.

His work on the outside has always been better than his contested ball, he’s a decent mark and, more importantly, he’s managed eight ten-goal seasons in his career.

Could that be the move that revitalises the former number one pick and helps the Crows get more out of 2020?