The six-again rule is a game changer for the best

The recommencement of the NRL season saw the introduction of the new set-restart rule giving teams a fresh set of six for ruck infringements as opposed to the traditional kick-for-touch penalty.

And after one round of its introduction, it was a masterstroke.

The six-again rule set out to change the game for the better and the positives very much outweigh the negatives. Therefore a breakdown of this rule, its dynamics and the impact it will have for the game’s future is imperative.

After eight games, we saw the ball in play more often, which produced a faster and more fluent flow of the game. The single referee, which was another masterstroke alteration, now blows fewer penalties, meaning less stoppages, keeping fans very engaged.

Fatigue became a clear factor as a result of consistent play and a more exciting brand of rugby league was apparent. Teams realised quickly that they would face the consequence of dealing with repeat sets without any stoppages if they infringed in the ruck, which meant they had to adjust given there was no choice but to focus less energy on slowing down the ruck.

A subsequent result of this adjustment meant the attacking side now had more space to play with what was in front of them, giving them the opportunity for more ad-lib and creative footy – another significant positive for the on-field product.

Mainly, the NRL set out to eradicate the wrestle in the game and the six-again rule has accomplished that mission already. Less group tackles slowing the game down created better viewing for the fan, lowering our frustration levels when players would get worked over in the ruck and have three to four players peel off one by one with the rest of the defensive line set for the next hit-up.

Because this isn’t the case anymore, attacking sides were able to use the ball better across the park rather than the robotic sets of five hit-ups and a kick we usually got. Forwards became tired a lot quicker, which effectively brought the outside backs into the mix. Many voiced concern for the deterioration of the smaller player in the game, and this rule change swiftly proved their importance and how much of an impact they can make when fatigue is a factor.

It was plain to see how intense games were. The six-again rule change was so refreshing it created the intensity and pace of a State of Origin match. The quality may not have been as great as Origin, due in part to the mistakes being made towards the back end of each game as a result of heightened fatigue levels, but the product has improved substantially.

This may satisfy rusten-on fans and convert new ones, because after all, the fans are the main stakeholder. The new rule has satisfied both the purists and casuals with its continuous game play and has already given us moments that have wowed us.

The six-again rule has been received with critical acclaim by the rugby league world, giving us a very unfamiliar feeling surrounding the game at the moment: the feeling of genuine positivity. 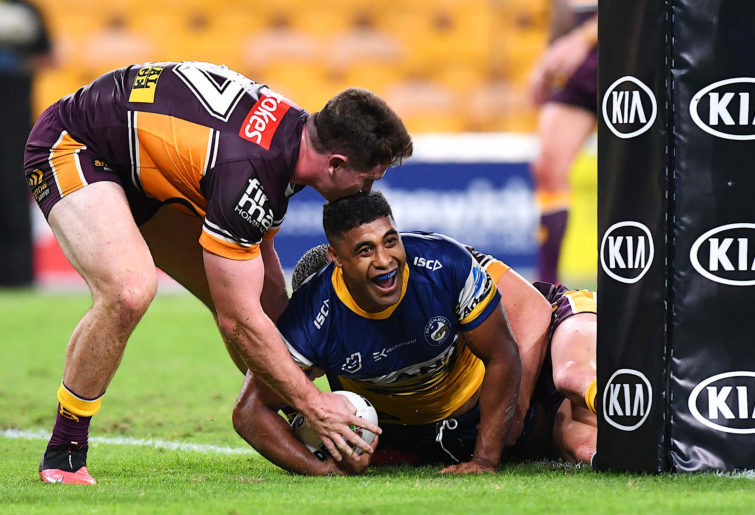 It remains to be seen if the grey areas of this significant rule change will hinder another aspect of the game, but I am more optimistic now that I have seen it in action.

At the moment, all I can foresee is the six-again rule being partnered with the shot clock and limited stoppages will enhance the importance of the captain’s challenge for both the players and the referee as it could prove to be a vital breather for them.

Teams need to adjust to the new rule after 67 days off from the COVID-19 pause, so towards the back end of the season we will have a much better indication of the impact it will have on the game. On that note, the NRL will need to weigh up if dropping the interchange from eight to six will benefit the game further or if it will gas teams out so much that the product suffers as a result, such as more mistakes.

NRL clubs will also up the ante in their fitness programs, and aggressively scour the market for the fittest players on the planet, especially in their forward packs.

Overall as a game, from the grassroots up, this rule change serves as an initiative for smaller players to take the game up and boost participation numbers up across the country.

Ultimately, the six-again set restart rule gets a solid nine out of ten mark for the betterment of the greatest game of all and I am happy to see it is here to stay for the long haul.