Some of the commentary in the last couple of weeks reminds me how little has changed in rugby, despite of, and during, a period of fluctuation in financial and on-field success and failure.

Rugby Australia (or the ARU) was last on its financial knees in 2013 and looked for ways and means to cuts its costs, one of which reported in the media was centralising administration of the states and Super Rugby franchises. This is a very sensible strategy with significant upsides in terms of efficiency, cost savings, increased revenues, and supporter (customer) satisfaction.

The way forward that was publicised (leaked, floated out there?) made no sense whatsoever. I made an unsolicited approach suggesting a different course, which was acknowledged as sound but that the ARU had higher priorities. The 2015 TV windfall just allowed RA to increase its cost base without any increase in efficiencies or revenue generation.

In a business you would never attempt to run five largely identical trading sites by allowing a manager in each state complete autonomy to do their own thing. On what planet do supposedly highly capable business people, administrators and directors think that a sport should be run differently, especially where HO always guarantees the losses. That is planet ‘ultimately not my problem’ where they grab the exit and move to the next gig leaving the sport and supporters to wallow in their own misery.

That proposal is copied below and while I am not endorsing it as the perfect answer today, it is an example of the type of transformation required in administration. Add to that coaching frameworks, player pathways and reconciling needs of various playing groups (men, women, kids, schools, sevens, 15s), which need a similar re-evaluation.

From a supporter perspective I think there are large gaps in catering for members and rugby supporters that do not fit the model. For example, if I live in NSW and do not support the Waratahs, who is trying to maximise my rugby experience and consequent spend? Ditto, if I do, and am a Waratahs member, but want to go to watch the Rebels play NSW (or anyone else) in Melbourne?

The consequent much larger scope and urgent (bordering on emergency) time frames mean that it is no longer a small project. However, it does not lend itself to KPMG or Boston Consulting trampling all over our game either and it is a blessing we cannot afford them. Maintaining integrity of communications requires people who understand rugby and rugby people.

This is complex and while we were basically content for Cameron Clyne, Bill Pulver and Raelene Castle to turn up and collect the kudos and pay cheques, we must hold Hamish McLellan and Rob Clarke to much higher expectations. More short-term and temporary fixes are not the solution. If private equity investment is the answer, what the hell was the question?

Background
Like similar elite professional clubs in national competitions (NRL/A-League), Super Rugby franchise clubs are small and medium-sized enterprises (SMEs) highly exposed to poor on-field performance and/or poor management. It only requires a couple of seasons negative performance to create a significant financial exposure as the prospects of a quick turnaround are limited by a contracted playing group, poor management and negative membership and sponsorship sentiment.

Unlike a failing SME business, which can just become insolvent and be removed from a corporate register, the relevant ruling body is usually expected to bail out the failed franchise. The ruling body usually has limited options and is forced to bail out the franchise or club, often without any enduring concessions as to how the franchise will be managed and controlled in the future.

All in all, this is a highly unusual commercial situation. The ruling body has no influence in the management or strategic direction of a franchise, no participation in the upside or profit and bears the downside risk of the failed franchise and non-performance of contractual obligations to field teams.

Even worse, there is probably little visibility of the deteriorating situation, which might allow the parent body to mitigate the risk. Like most other insolvencies there is an unpleasant surprise for creditors and stakeholders. Everyone finds out when it is too late to implement a cost-effective turnaround with good prospects for success.

Recent developments
As reported in the press I understand that the ARU has sought to address this problem by centralising administration of the east coast clubs (Reds, Waratahs and Rebels). Based on my background notes I see a compelling need to drive such an alternative model, which I expect might deliver relatively immediate benefits such as:
1. Administration costs per franchise are reduced in the short term.
2. Best-practice systems, procedures and frameworks can be made available for the various generic activities undertaken by each club, which should enhance revenue potential, increase efficiency, reduce costs and control risks.
3. Universally understood frameworks are in place to monitor off-field administration and management performance.

It was not clear from press reports why the proposal did not include the Brumbies or the Force. At face value their involvement with the ARU and the other franchises should have been mutually beneficial. 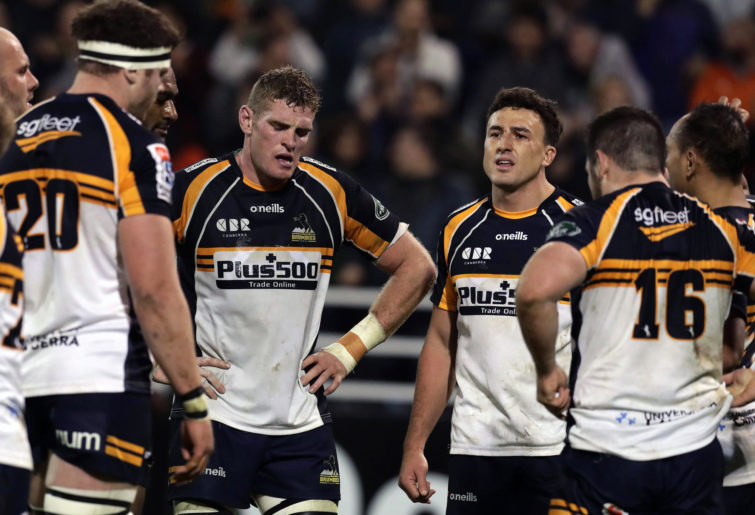 Ultimately the proposed initiative was shelved, reportedly in part because it was to be led and influenced by the relatively successful Reds administration. Press speculation was that the Waratahs and Rebels (Brumbies and Force?) were uncomfortable ceding control to the ARU and the Reds or possibly that the Reds did not want to risk their current success by diluting their resources or sharing their IP to prop up other franchises.

Common sense and commercial imperatives indicate that something must be done at some stage, possibly as soon as is practical. There are more complex issues to be addressed in achieving some improved structures and that the ARU must continue to explore options that can deliver these outcomes in a manner acceptable to the franchises.

The Reds’ turnaround
The Reds are a pretty good example of the type of failing club described in the background section of this paper. Hats off to them for achieving an outstanding result in turning the organisation around in an almost unbelievably short time frame.

Whether the Reds’ experience provides real solutions to the problems of the other franchises, or whether Jim Carmichael has split the atom and separated on-field performance from off-field success, still remains to be seen. There was massive commitment to change, a bunch of the right people available to join the organisation with the capability to make it happen and a group of players who were able to produce in parallel an amazing season in 2011.

Queensland is a different market to the other four and had the potential to deliver massive rewards to the Reds if they could turn it around. Having said that it seems from all reports and commentary that the Reds are significantly outperforming other franchise administrations and have committed significant effort to institutionalise the systems and practices that delivered these results.

However many organisations experience cyclical success and there will be challenges ahead for the Reds in trying to build on their success and evolve their organisation as time and the game moves on.

One size does not fit all
Each franchise has its own history, culture and personality together with a unique responsibility for the health and growth of rugby in its franchise state. The reported model, stripping out each organisation into a generic team with a general manager would not seem to meet the unique needs of each franchise market.

However for all of the reasons discussed above, continuing to allow each franchise to conduct its operations outside of a commonly agreed framework cannot be commercially sustainable.

A significant amount of collaboration and negotiation is required to agree and identify every aspect of each club’s operations that can be either centralised or more efficiently administered using ARU best-practice frameworks or models. This was not a task that could be completed in a couple of months and it is not surprising agreement could not be reached.

The imposition of the Reds’ practices and methodologies is a high-risk strategy. It may not be practical, or even suitable, for use in the other franchise markets. Furthermore there will be implementation risks ranging from initial resistance to the forced adoption of the Reds’ model to ongoing guerrilla warfare aimed at discrediting the Reds’ strategies, waiting for some fault to show up in their execution or results.

Having said that the challenge is to identify a solution, which fundamentally meets each franchise’s needs for the sectors of the business where those services can be cost effectively delivered through a centralised service or alternatively, a platform that enables each franchise to operate itself independently with its own resources.

The major obstacle to anything being achieved will be the franchises’ resistance to the parent body having any visibility of their financial position or operational performance even where this falls far short of centralised control, which is unlikely to be the objective of the ARU at this time.

A way forward
In the first instance, this paper is predicated on the view that it is in the ARU’s interest to keep pressing forward on this issue.

Second, it is highly unlikely that there is a magic bullet solution for this. There would need to be a pot of money to firstly just get a Rolls-Royce off the shelf or equivalent services solution and cash incentives to desperate clubs so that they sign up. Even then some enticement would possibly be required to ensure all five clubs agreed to give up their current total autonomy.

Any successful strategy will require a significant amount of work to identify the needs and concerns of all stakeholders from an operational, financial and governance perspective. The person doing this work will need to be able to demonstrate independence, foster goodwill and collaboration, understand the operational and financial needs of the franchise clubs, be capable to assess the value of the benefits to them and then complete a negotiated position accordingly.

Conclusion
I am uniquely placed to assist the ARU because I am independent, able to negotiate effectively with diverse stakeholders with conflicting interests and have significant expertise in dealing with the financial and operational challenges of SME businesses in stages of stress.

While on one hand the usefulness and relevance of this paper is limited as I am not privy to the inner workings and strategies of either the ARU or any of the five franchise clubs, the converse is that I am not aligned with, or privy to the strategies of, the ARU or the five franchise clubs. It should also be noted that I do not have any relationship with an external shared service solution provider or the demonstrated expertise to try and also pitch for the work implementing such a strategy.

A capability statement and assignment history is attached for your information and review, which also demonstrates:
1. Long experience working with SME businesses and, in particular, businesses in financial difficulty.
2. Significant experience in financial management and governance systems and compliance.
3. Solid negotiation and communication skills enabling focus on mutually beneficial outcomes where the parties see themselves as having conflicting interests.