Crossing in the A-League: Where has it gone?

I listened to the June 23 episode of the Fox Football Podcast, in which a question was asked about crossing.

The answer that Robbie Slater gave was a bit more philosophical – we’ve coached it out of players in Australia – and also looked at the good old days of crossing into the big man up top.

Surprisingly, the data shows that in the A-League, crossing has actually increased over the past five years. This is shown in total number of crosses. 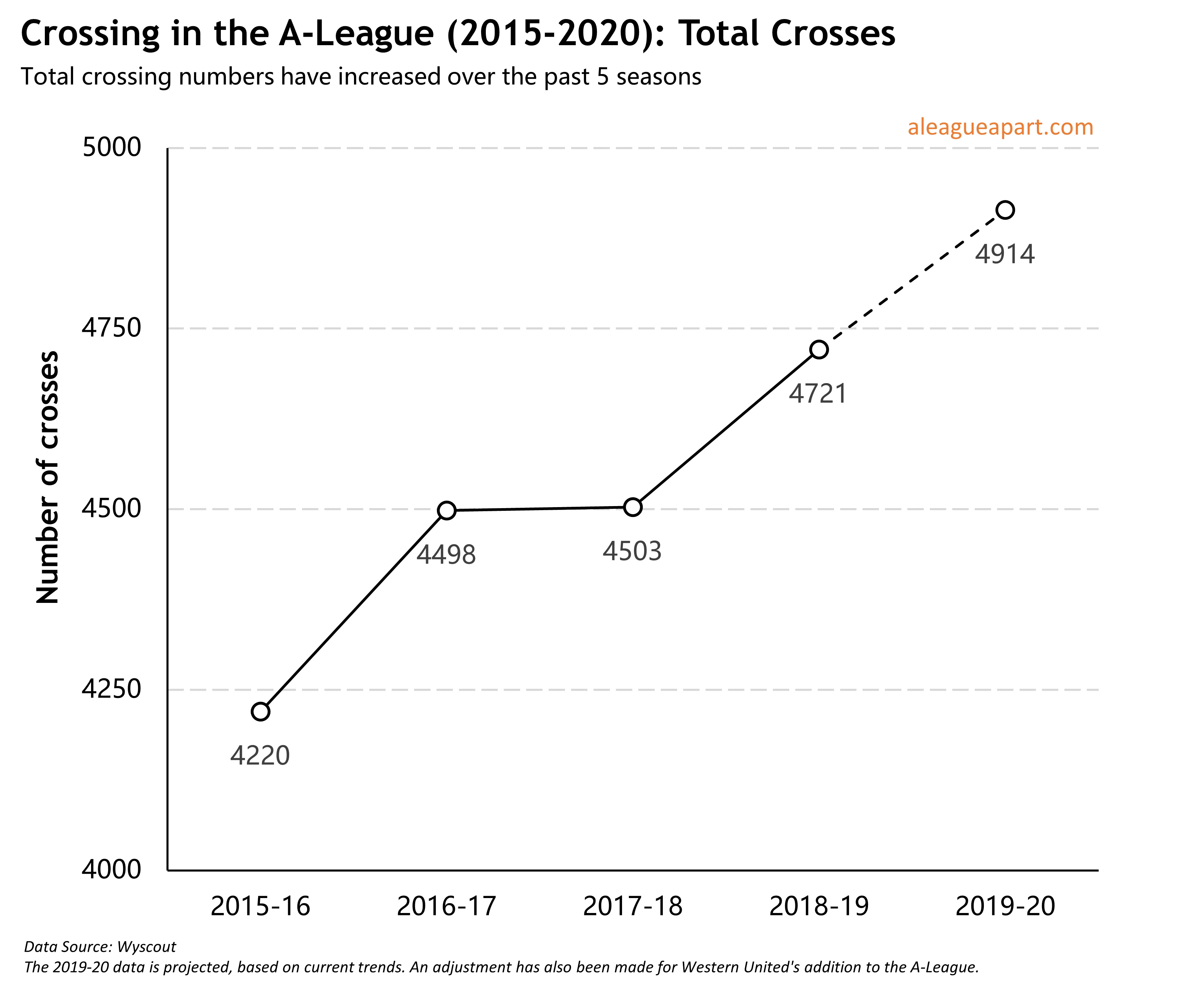 And this also reflects in crosses per 90 minutes. 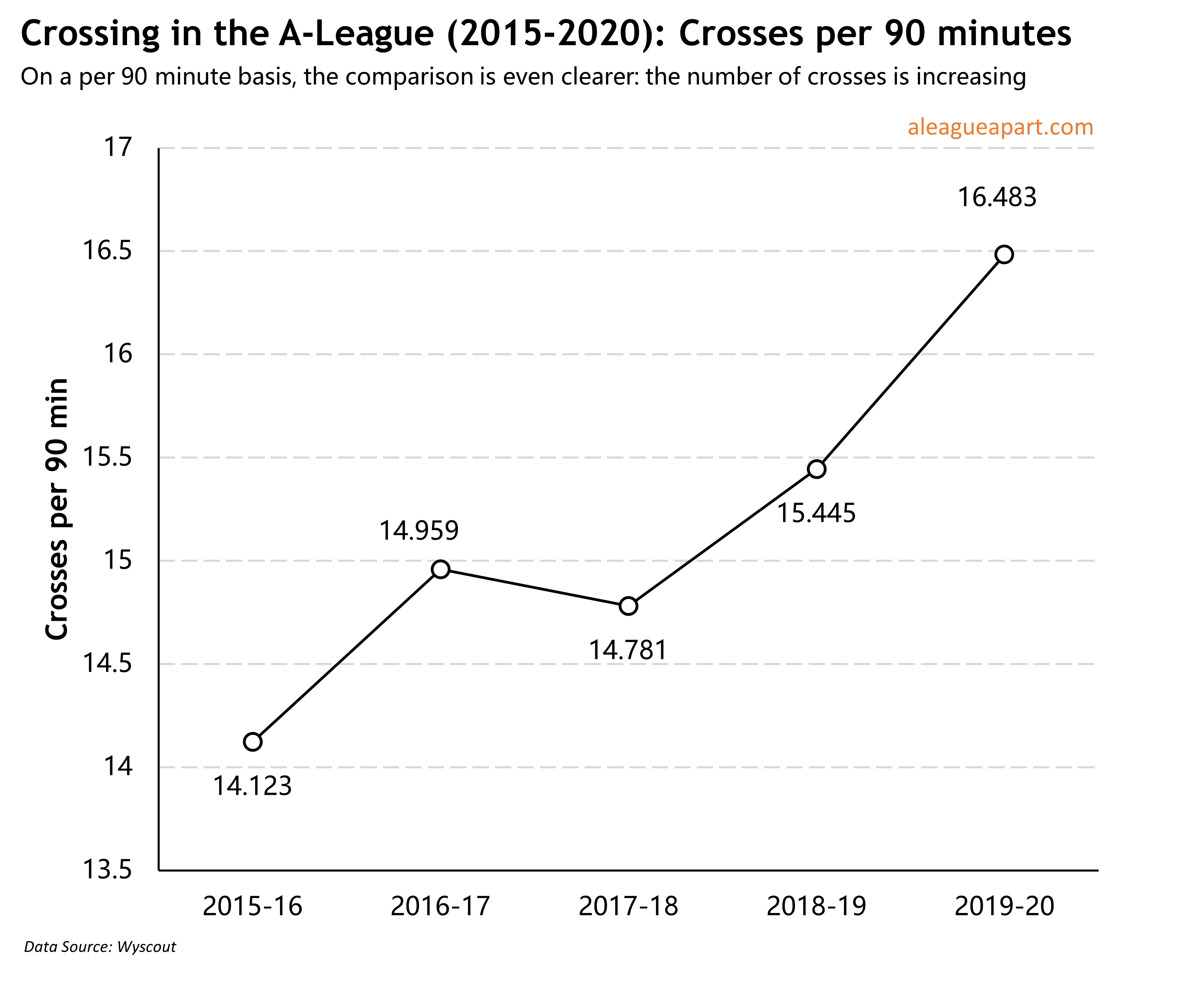 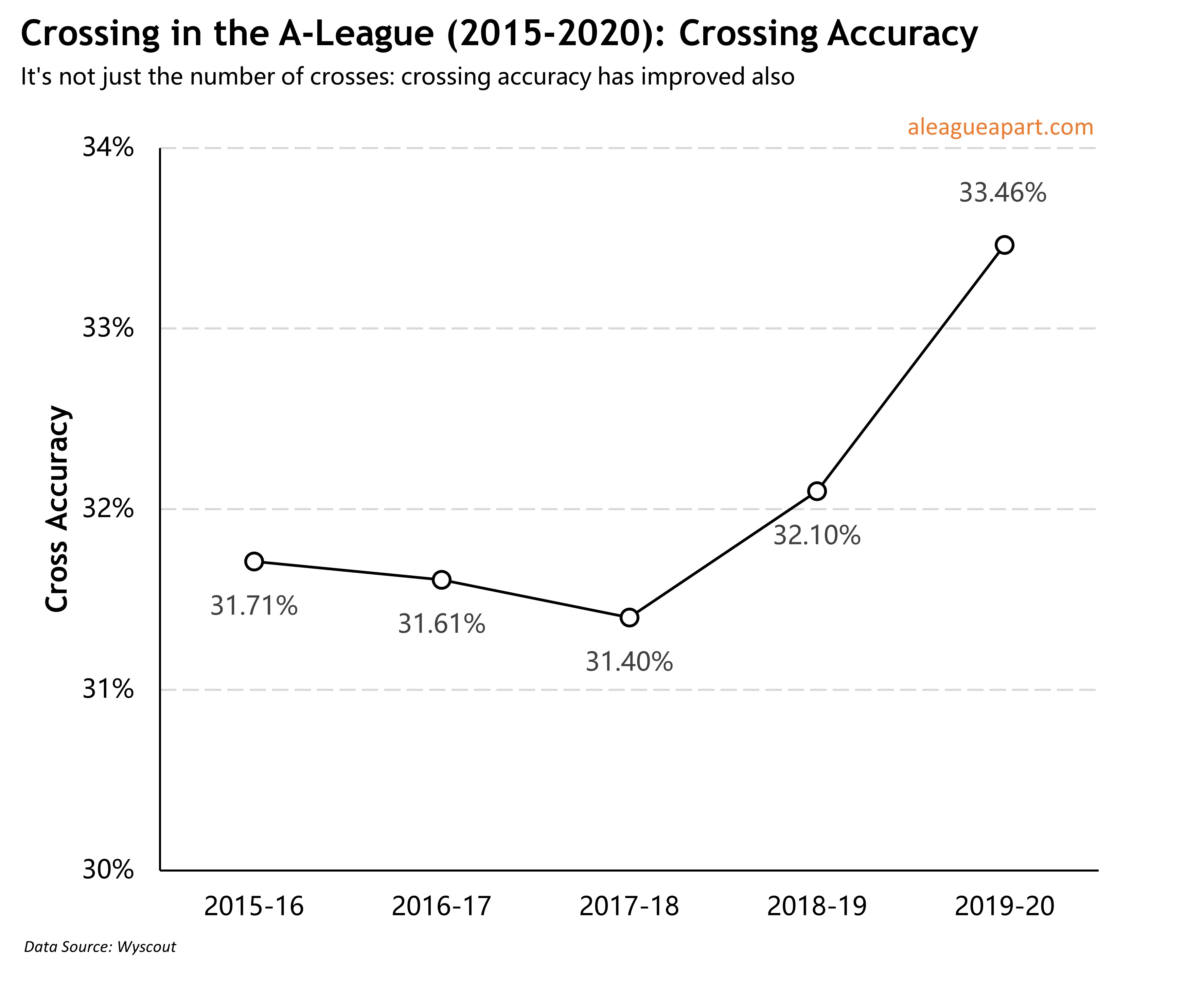 Maybe it’s got something to do with an increase in crosses into the six-yard box? 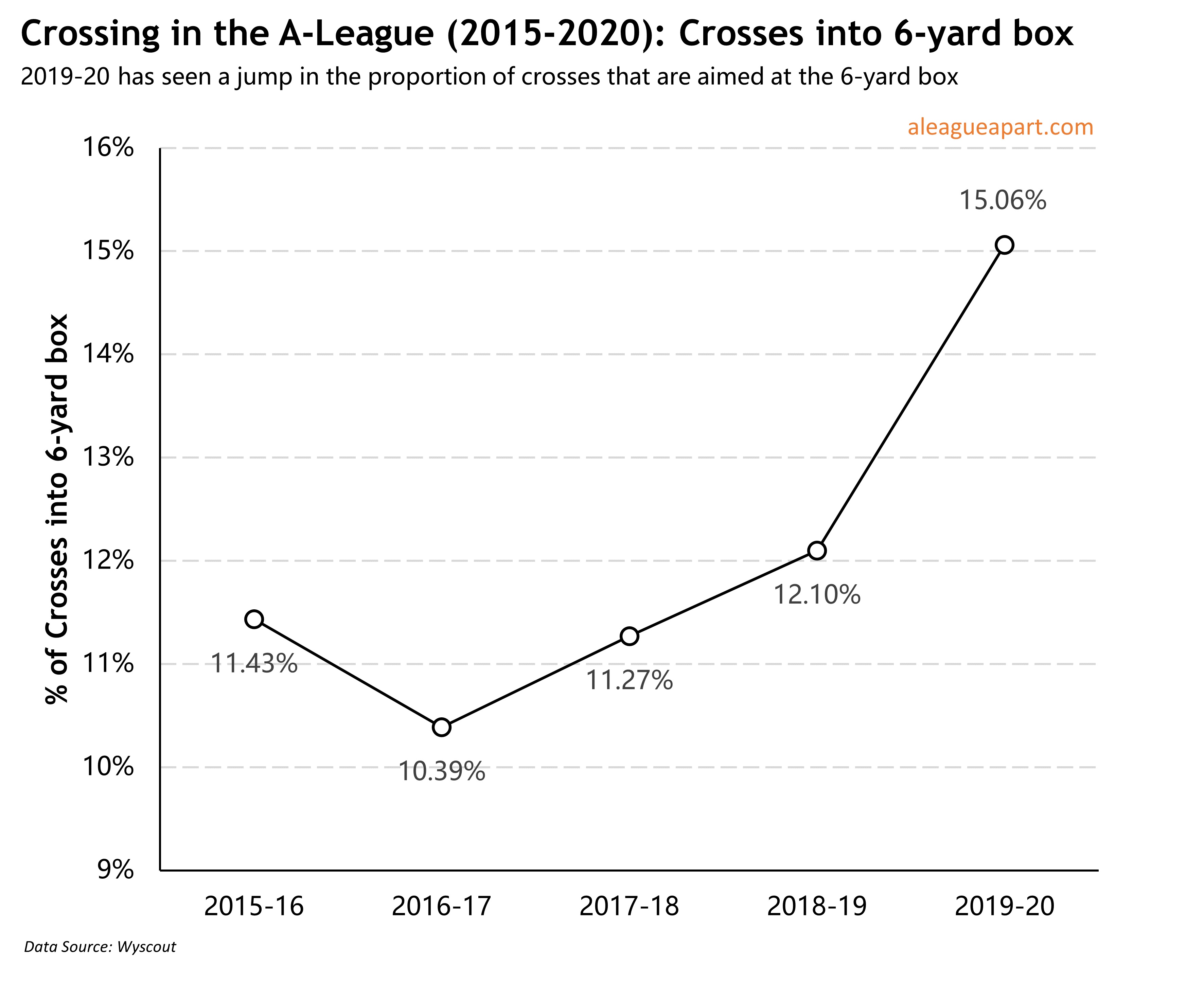 How does this compare with the European leagues?

The big five European leagues do not share the same trend that the A-League has had over the past five years. In fact, they’ve generally been trending downwards. 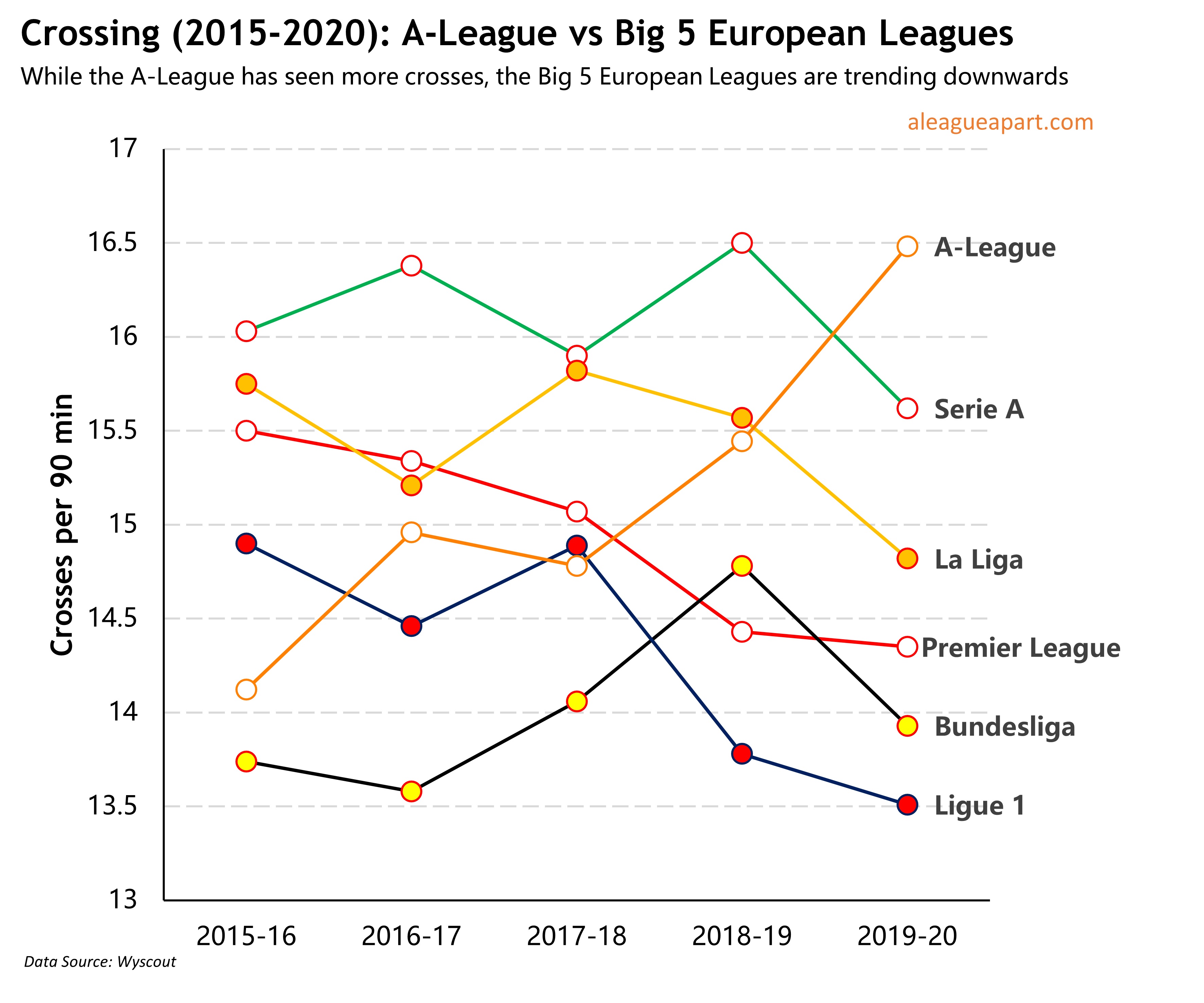 With this data, I also created a visualisation of teams’ playing styles based on crosses and goals scored. The lines represent the 33rd and 66th percentiles, meaning the middle bands are the averages.

To provide a bit more context, I’ve categorised groups into the following. 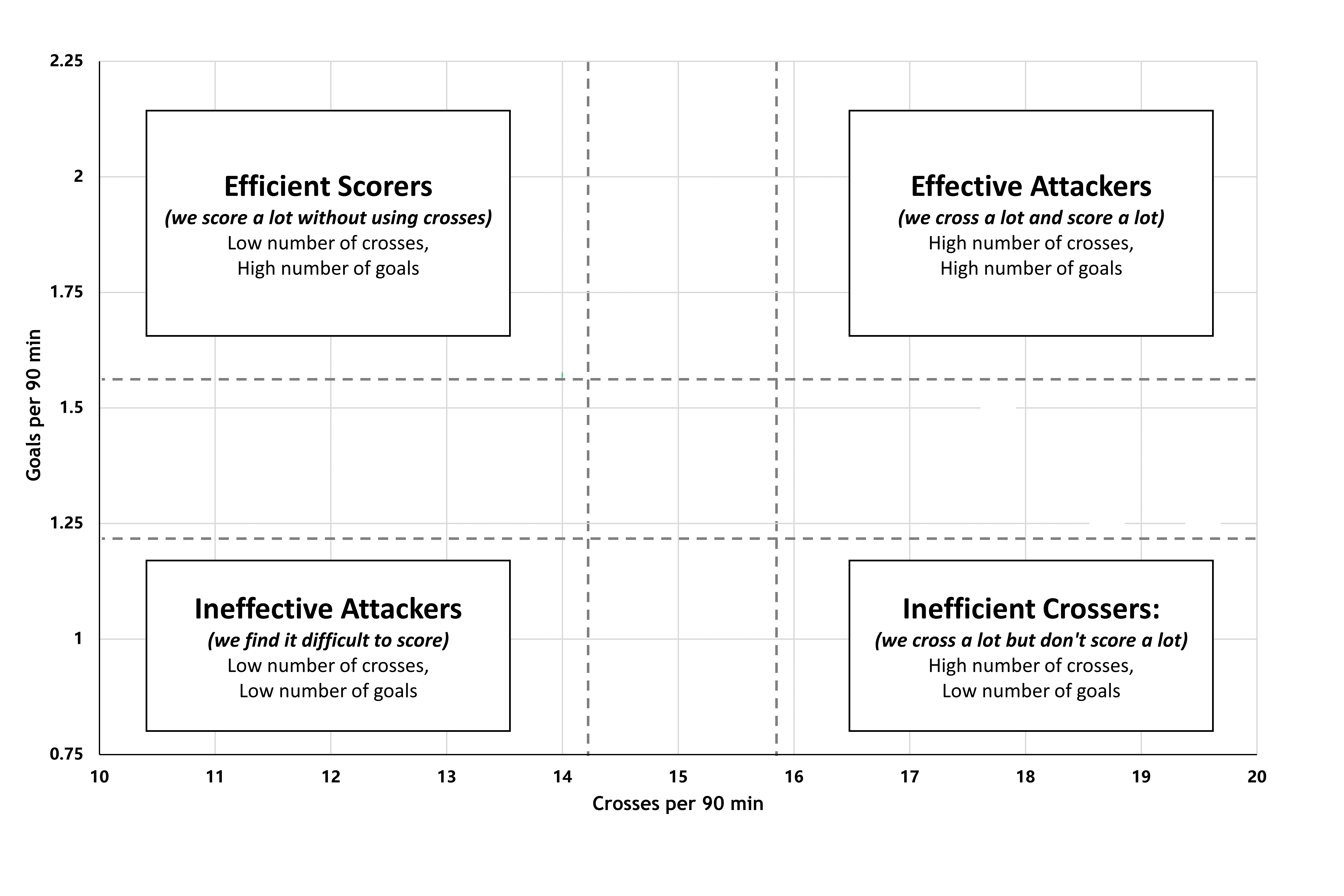 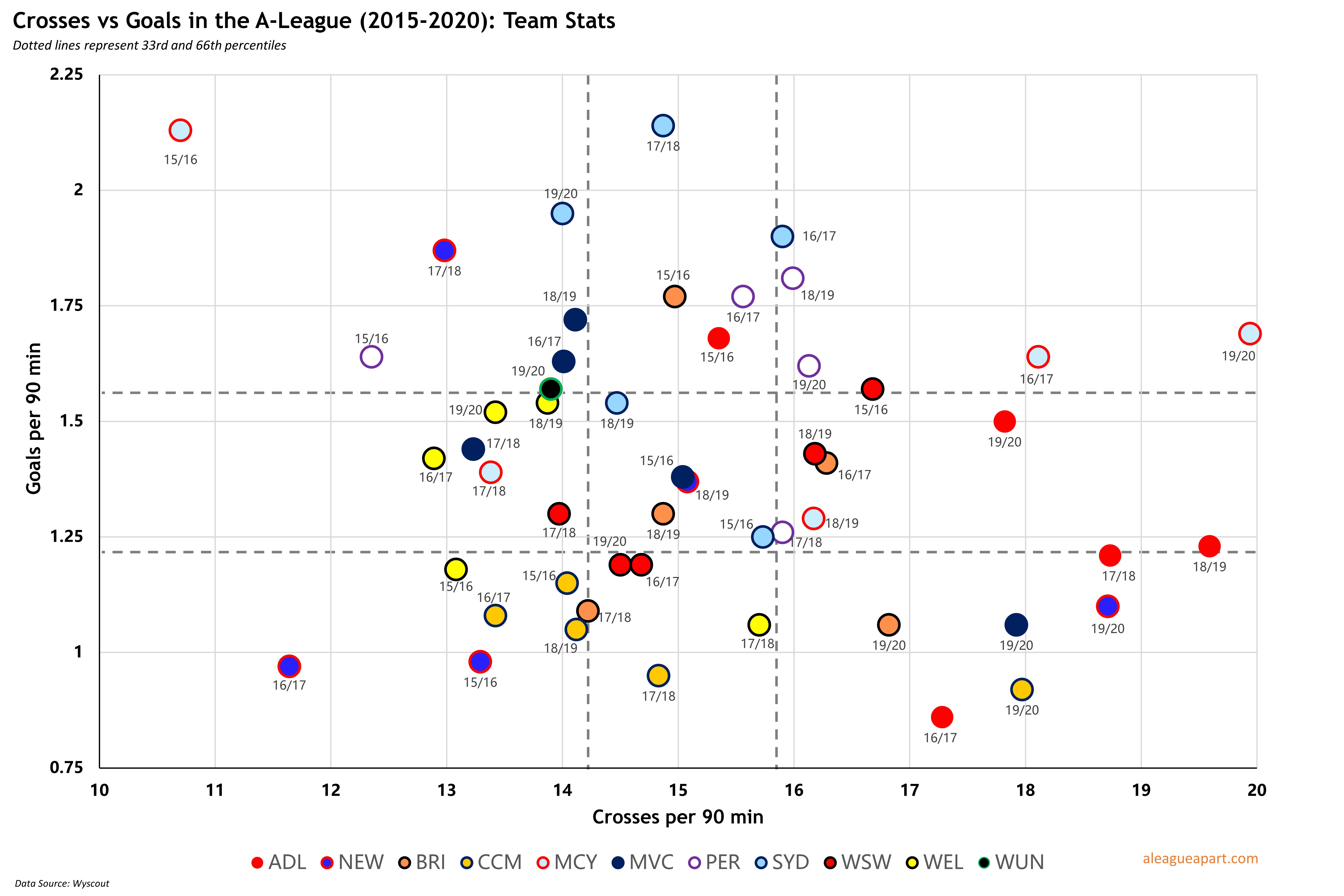 So, where has crossing gone?

To answer the question, crossing is on the up in the A-League over the past five years.

This analysis of goal-scoring effectiveness and efficiency is a bit of a simplification as there are more ways to score than through crossing.

Further analysis might be done, looking at a longer time frame, productive crosses (does a cross result in a shooting opportunity?), type of cross (set piece, cut-back across the box, deep cross, aerial versus low), crosses versus penetrative passes (what is the relative effectiveness of a team’s crossing versus their penetrative passing?), game state (is crossing more frequent when a team is losing?), home versus away stats (do teams cross more or less when home or away?), overlaying xG and xA onto crosses, and defensive situation (counter attack versus positional defence).